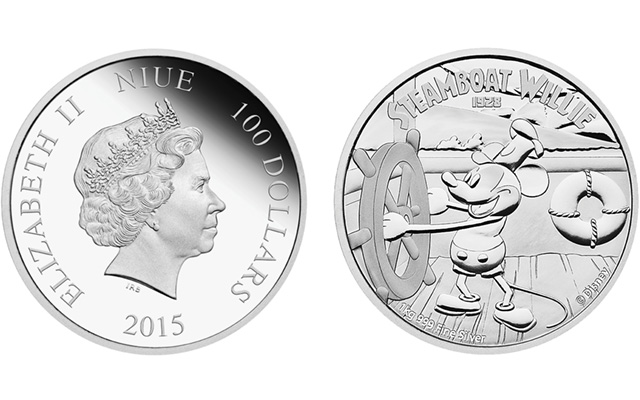 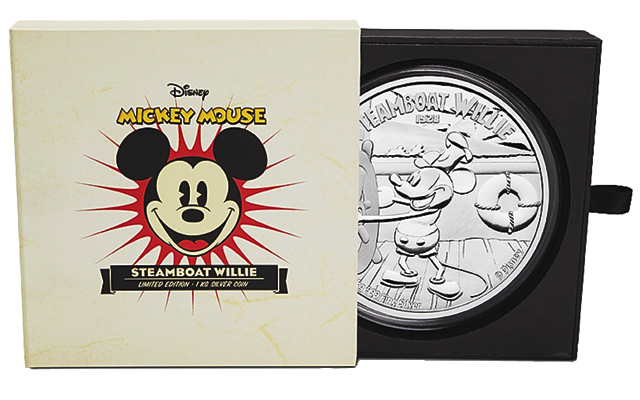 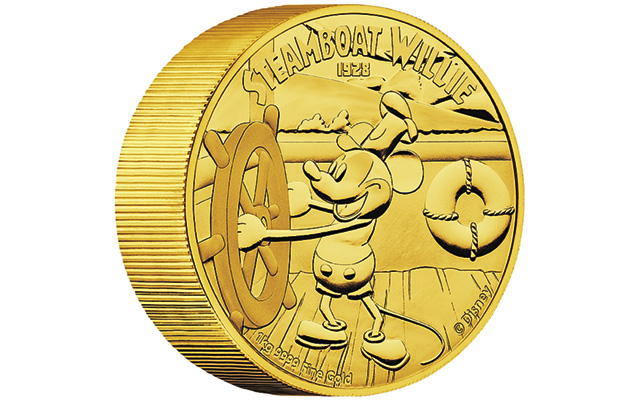 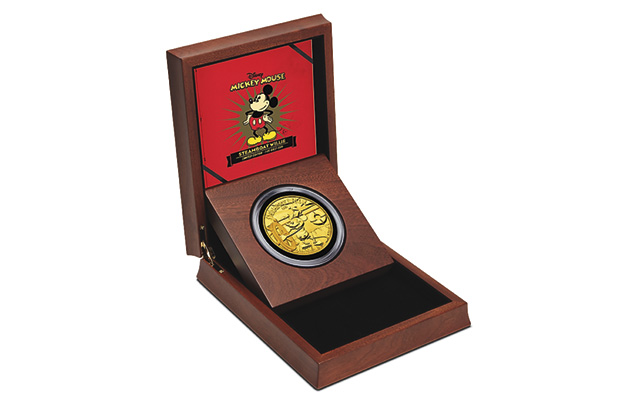 Only 28 examples of the kilogram gold coin are available for purchase, at about $54,196 U.S. each.

Mickey Mouse, as seen in Steamboat Willie, is making a comeback.

Back to coins, that is.

The Disney character known as Mickey Mouse made his first feature appearance in the 1928 movie Steamboat Willie. Earlier in 2014, the New Zealand Mint jointly released Steamboat Willie coins with the Perth Mint. The 2014 1-ounce silver and quarter-ounce gold coins sold out quickly.

The reverse of both coins features a sculptured representation of Mickey Mouse at the wheel of his handcrafted boat. The inscription “Steamboat Willie 1928” completes the design.

The obverse carries the Ian Rank-Broadley effigy of Queen Elizabeth II, the year-date and the denomination.

These coins are issued by New Zealand Mint and struck by the Perth Mint.

New Zealand Mint Chief Executive, Simon Harding, said in a press release: “We recognise that most of our regular collectors will not be able to get their hands on these heavy weight Disney coins. We hope though, that some of these will end up in public spaces for all to enjoy, as these coins represent the ultimate expression in the art of minting.”

To learn more about the silver coin, visit the New Zealand Mint website.

Further details for the silver coin and gold coin are available at the Perth Mint website.