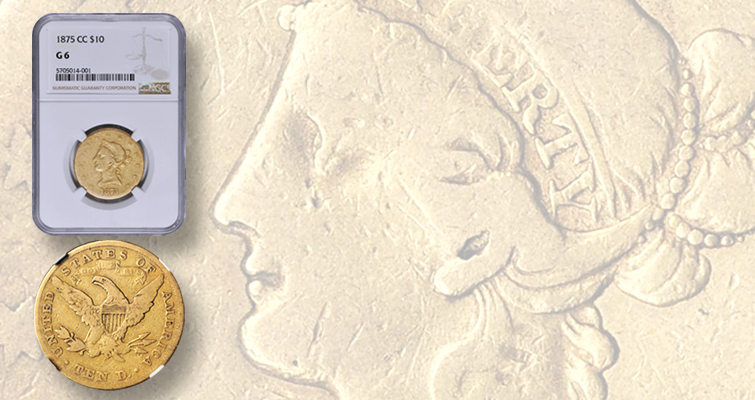 Rusty Goe’s recent three-volume set of books titled The Confident Carson City Coin Collector is sure to bring attention to the famed Carson City Mint. The Mint’s run from 1870 to 1893 was relatively short-lived, but the coins remain as popular souvenirs of the “old west.”

Stack’s Bowers Galleries offered a selection of “CC” coins at its March 22 auction including an 1875-CC Coronet gold $10 eagle graded Good 6 by Numismatic Guaranty Corp. that, if it could, would have some good stories to tell.

From a low mintage of just 7,715 pieces, as Stack’s Bowers writes, “This is a curiously low grade survivor, hence its charm and appeal,” adding that the Mint mark is “difficult to discern, if at all.” However, a die lump at the right arm of the letter Y in LIBERTY confirms its status as a Carson City  Mint issue. It sold for $3,360. 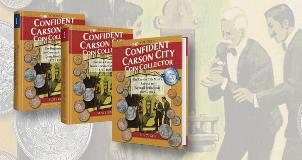 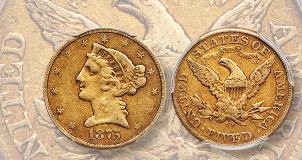 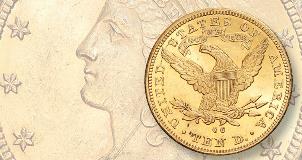