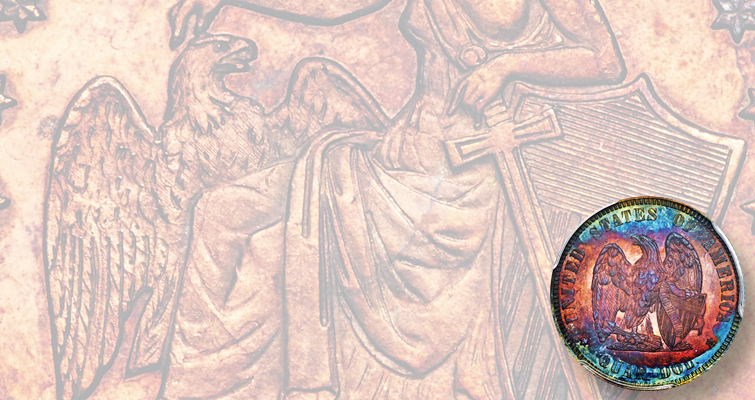 The Bob Simpson Collection is well-known for the depth and quality of the U.S. pattern coin holdings, such as this 1872 Amazonian quarter dollar struck in copper, graded Proof 66 red and brown by Professional Coin Grading Service that realized $52,800 in Heritage’s Nov. 19 auction.

Listed as Judd 1196 and Pollock 1136 in the key references to the pattern series, it features William Barber’s Seated Liberty patting an eagle on its head, while she rests her arm on a shield and holds a sword. Also, her breast is exposed.

Heritage cites the website USPatterns in explaining, “The Amazonian name dates to the 1890 New York Coin and Stamp auction of the Lorin G. Parmelee collection and was probably given by David Proskey.”

The reverse again depicts a similar eagle as seen on the obverse, but with arrows in its talons.

The Amazonian patterns were struck in several metals and offered as part of multiple-coin sets alongside the half dollar and dollar issues with the designs. This copper representative displays much of its original red color, accented by highlights of gold and lavender and exciting magenta color on the reverse. 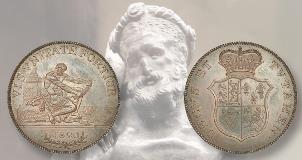 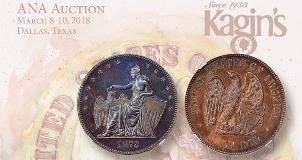