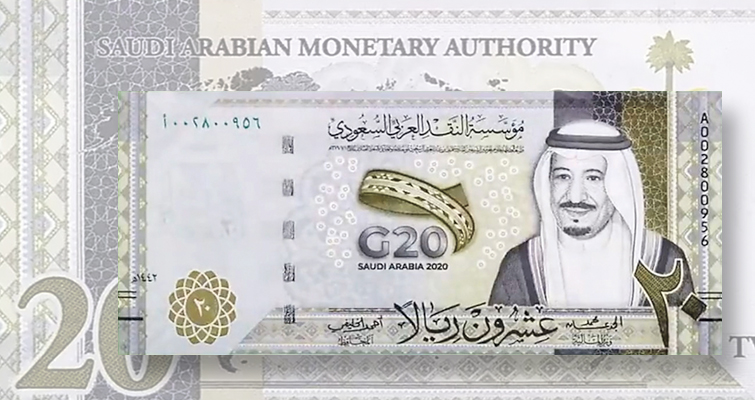 On Oct. 24, the Saudi Arabian Monetary Authority released a 20-riyal commemorative bank note, on the occasion of Saudi Arabia’s presidency of the Nov. 20 to 21 G20 summit. A map on the back has caused controversy. 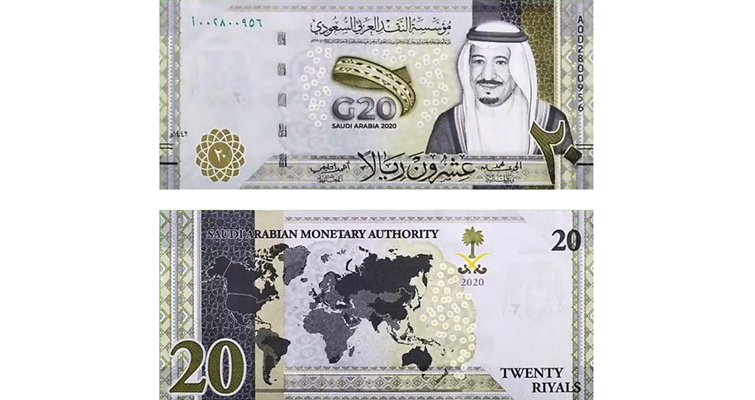 The Saudi Arabian Monetary Authority's recently released 20-riyal commemorative bank note has a map on the back that apparently gives Kashmir what could be considered its own border, which is causing controversy.

On Oct. 24, the Saudi Arabian Monetary Authority released a 20-riyal commemorative bank note, on the occasion of Saudi Arabia’s presidency of the Nov. 20 to 21 G20 summit.

The bank note was put into circulation on Oct. 25, and despite its commemorative nature, it is an official legal tender note.

The design has the picture of King Salman bin Abdulaziz Al Saud on the face with an inscription proclaiming the Saudi presidency of the G20 in a three-dimensional design.

The back displays a map of the world, depicting the G20 countries in a different color. Saudi Arabia’s map appears with emanating beams symbolizing the meeting venue and what a monetary authority statement claimed was “the importance of the Kingdom as a source of civilization and economic emission.”

The authority remarked that the purple-colored note was printed according to the latest standards in bank note printing, with numerous technical specifications, high-quality security features, and a distinctive design highlighting the artistic decorations inspired by the G20 logo.

The issue almost immediately became a flash point controversy with India. That nation’s populace and government are both said to be furious with the rendition of the map, on which the long-disputed Kashmir region is shown with its own borders, separate from India, Pakistan, and China, each of which administers part of the former princely state.

A spokesman for the Indian government is quoted in News World Asia as saying that serious concerns about the bank notes have been raised at embassies in Delhi and Riyadh. He said, “We have taken up this gross misrepresentation of India’s external territorial boundaries on an official and legal banknote of Saudi Arabia. We’ve asked the Saudi side to take urgent corrective steps in this regard. I would reiterate that the union territories of Jammu & Kashmir and Ladakh are integral parts of India.”

India is part of the G20, but the reaction to the bank note is so severe that there are indications that it may not take part in the summit unless corrections are made.

India and Pakistan fought a war over Kashmir in 1972. Since then, although both countries claim it in full, it has been divided by a line of control. China administers the northwestern part of it, known as Aksai-Chin. 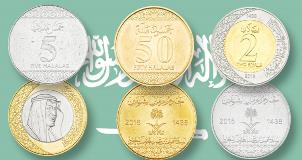 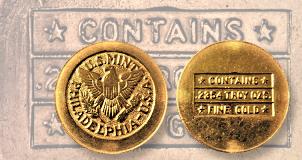 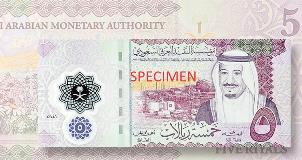