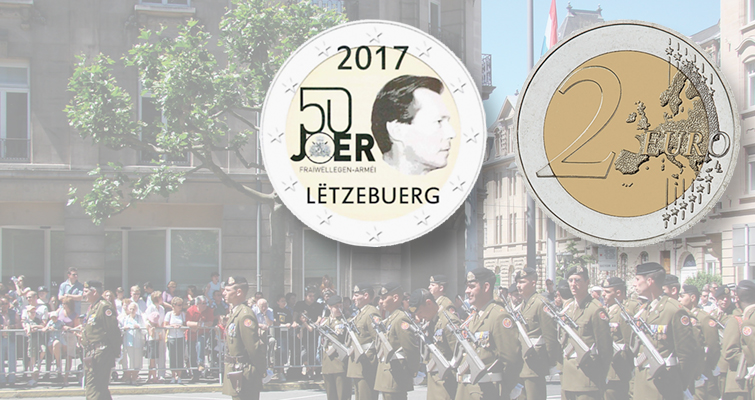 Luxembourg has released a circulating commemorative €2 coin marking the 50th anniversary of the nation’s volunteer army.

The army has roots dating back 200 years, but in 1967 became an all-volunteer organization, with Grand Duke Henri as the figurehead leader.

The obverse portrays Grand-Duke Henri facing right. Behind his head, in three lines, is the inscription 50 JOER FRÄIWËLLEGEN-ARMÉI, with the army’s logo positioned within the O of JOER. At the top of the design is the year-date, 2017, flanked by the Mint mark and the initials of the Mint master. At the bottom appears the name of the issuing country, LËTZEBUERG; all inscriptions are in Luxembourgish, the country’s national language. 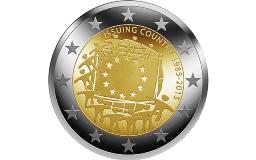 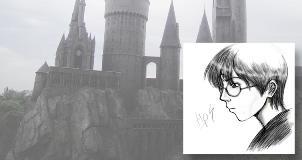 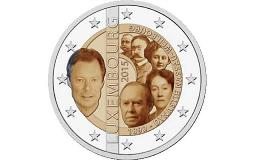