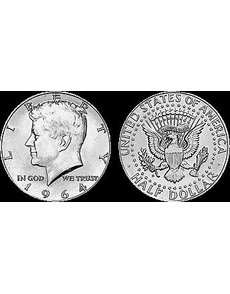 Written or uttered in sequence, the two letters BU are initials that collectors commonly use as a form of numismatic shorthand to describe a coin as being Brilliant Uncirculated. A BU coin is one that exhibits all or most of its original luster while its design details show no signs of wear from the coin’s use in general circulation

In the past, the term Uncirculated applied to coins that had never seen general circulation and therefore did not pass from one person to another. The term was used to suggest that an Uncirculated coin could not possibly be found in a roll of mixed date Kennedy half dollars, for example.

To the purist, an Uncirculated coin could only be found in Uncirculated Mint sets or perhaps in boxes of new coins freshly delivered by the Federal Reserve to a local bank or coin counting company.

Well, something called the Sheldon 70-point grading system changed all that. In short, William H. Sheldon’s grading scale was devised in 1949 as a part of a pricing system for early copper large cents. The lowest grade in the system, Poor 1, would describe a coin that is identifiable as to its type and nothing else. The highest grade used is Mint State 70, abbreviated as MS-70, a virtually flawless coin.

Sheldon’s idea was to use the scale as a pricing tool. A large cent graded MS-60 should be worth two times what a similar coin graded Very Fine 30 would be worth since 60 is twice 30.

Sheldon’s pricing system turned out to be a dud, but the numbers used on the scale were thought to be scientifically based so they survived and we use them as the basis for grading coins today.

A coin graded between MS-60 and MS-70 falls within the range of what we consider to be an Uncirculated or Mint State coin.

Since this system describes the state of preservation of any given coin, no attention is paid to how a coin comes into the possession of a roll-searching enthusiast. In other words, if a coin discovered in a roll is Mint State, it makes no difference if it was found in circulation.

So yes, BU coins can be found in rolls!

Take a minute and tell me about your finds at askaboutcoins.com. Use the Submit Question button!