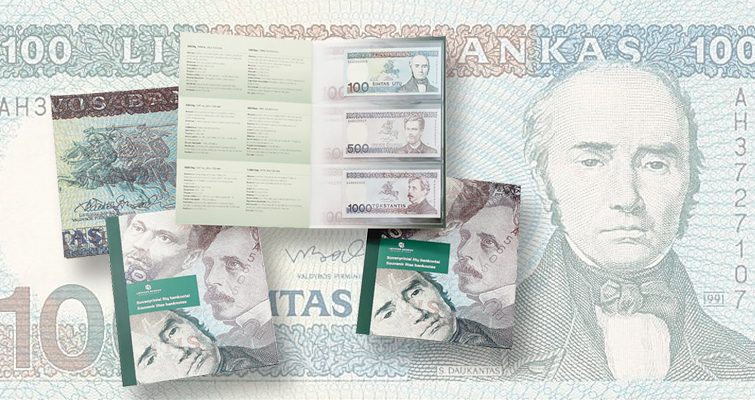 The Bank of Lithuania came up a different approach of ridding itself of unissued notes. It created sets of some of them and is marketing them to collectors.

Original images courtesy of the Bank of Lithuania. 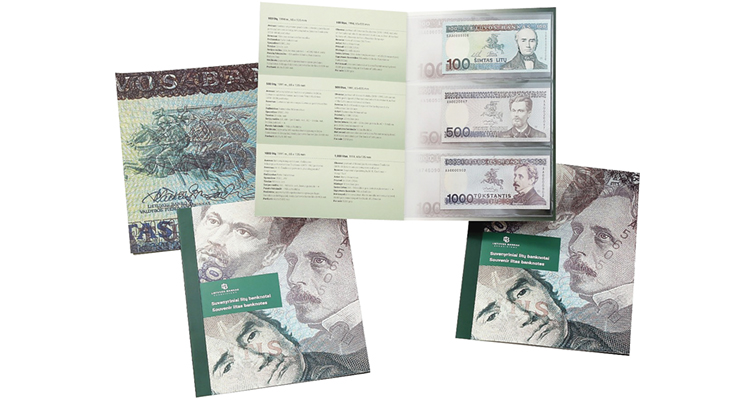 The Bank of Lithuania is offering for sale collector sets of unissued bank notes from 1991 and 1994. The notes are housed in special packaging.

Given that the usual way central banks deal with unissued paper currency is by destroying it, the Bank of Lithuania was thinking far out of the box when it decided to sell it to collectors instead. The first sale of 500 sets of 1,000- and 500-litas notes of 1991 and 100-litas notes of 1994 took place on Dec. 4 in an online sale conducted by the bank. The starting price was €50 per set.

Sixteen sets were set aside for the needs of the bank.

The bank explained in a Nov. 29 statement that these bank notes were never put into circulation and were never recognized as legal tender. They are just souvenirs and cannot officially be exchanged into euros.

Twenty thousand pieces of each denomination were designated for the numismatic purposes of the Bank of Lithuania. Fifteen thousand notes were transferred to the Money Museum for what the bank says is an “artistic installation.”

These are among the first litas bank notes, and two of the denominations were printed a few years before the first issue in June 1993. The 1,000-litas note is the only note ever of that denomination. It features the artist and composer Mikalojus Konstantinas Ciurlion. The writer and a public figure Vincas Kudirka is on the 500-litas issue. The 100-litas note shows Simonas Daukantas, an author of Lithuanian history, promoter of folklore, and educator. 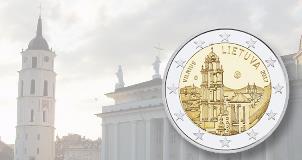