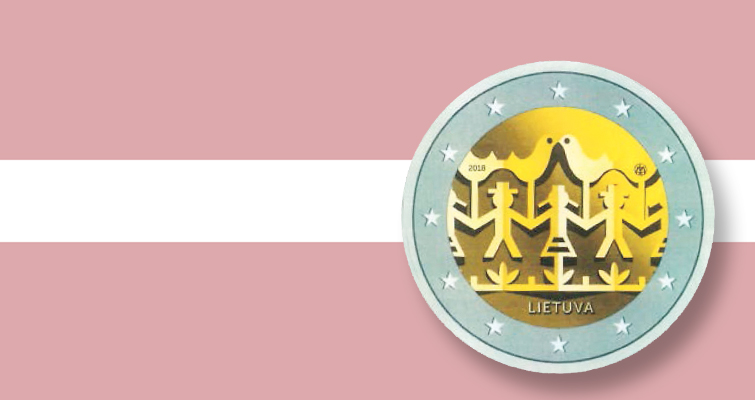 Lithuania is highlighting its native song and dance festival with a circulating €2 coin.

The celebration, held every four years at the beginning of July, is inscribed on the UNESCO Representative List of the Intangible Cultural Heritage of Humanity.

According to the 2018 festival website, the event has “become an indisputable tradition [that] praises the individual’s creative self-expression, vitality of the national culture, love for the homeland and solidarity of its people. The celebration joins different generations [and] contributes to the nurturing of the nationally shared values.”

The obverse of the coin features figures of people and birds in a style typical of one of the Lithuanian folk art genres — paper cutting — symbolic of folk dance and song. The inscription of the issuing country LIETUVA is at the center bottom, the year of issuance 2018 is at the left side and the mark of the Lithuanian Mint is at the right side.

Five thousand coins are scheduled to be issued sometime during the second quarter of 2018. 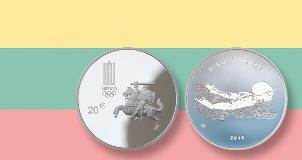