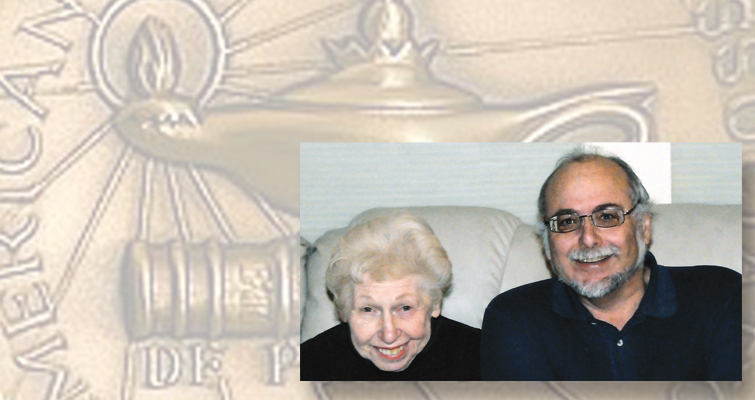 Mark Lighterman, and his late mother, Myrna, are the 2016 recipients of the ANA's highest recognition, the Farran Zerbe Memorial Award.

Mark and Myrna Lighterman are the 2016 recipients of the American Numismatic Association’s highest honor, the Farran Zerbe Memorial Award. The Association’s most prestigious award is given in recognition of numerous years of outstanding, dedicated service to numismatics. The Lightermans will be honored at the Anaheim World's Fair of Money during the ANA awards banquet on Aug. 12.

The discovery of a Buffalo Nickel from a vending machine propelled ANA life member Mark Lighterman on his numismatic journey. Like many others, Mark became interested in numismatics as a child; he began collecting coins at age 11 and has since become a noted error coins expert.

"As a longtime member and one who has attended a majority of ANA award banquets since the early eighties, I have seen many of my friends and mentors receive this award," said Mark. "It was an honor just to know them. When I was told that both my mother and myself were receiving the award, I was speechless, as I know now how humbling it must have been for them and how great an honor it really is. I now stand beside all those who came before and hope I can live up to this great honor."

Mark is an active leader in the numismatic community and was a founding member of the Combined Organizations of Numismatic Error Collectors of America (CONECA). In 2014 he was inducted into the CONECA Hall of Fame. As an author, he has written articles for The Numismatist and CONECA’s bimonthly publication, Errorscope. Mark has served as an ANA national volunteer since 2003 and as national exhibit coordinator since 2008. He is a past president and current treasurer of the Token and Medal Society (TAMS) and has been a supporter and mentor to young numismatists for the last decade.

Mark has received many awards for his contributions to the hobby, some of which include the ANA's Presidential Award (1999, 2009), Glenn Smedley Award (2002), Medal of Merit (2011), and the Adna G. Wilde Jr. Memorial Award for Excellence (2015). Mark is also a recipient of the Numismatic Ambassador Award (2000), TAMS Medal of Merit (2007), and multiple first place and best-of-show exhibit awards.

For many years, Myrna Lighterman was a shining light for the ANA and the hobby. She worked tirelessly as a volunteer and was an integral part of the coin collecting community for over 40 years. With her son, Mark, she co-authored three books on the history of gambling in Florida. When not publishing numismatic periodicals, she was the mainstay as an ANA National Volunteer for the Kids Zone with ANA Educational Director Rod Gillis.

"There is one thing that is missing from this honor, and that is Myrna is not here for us to receive it together," Mark said. "I know she would have been just as honored to have been named on the award, but, very sadly, she passed away just a few weeks after the last ANA convention, doing the work she loved. I know she is looking down on us with her smile, and her spirit will be there when they present the award to us both."

In recognition of her assiduous work, Myrna received numerous awards for her dedicated service to the many coin clubs to which she belonged. Myrna received several awards from the ANA, including the President’s Award (1999), Glenn Smedley Award (2008), and the Medal of Merit (2012). She was also the recipient of the Krause Publications Numismatic News Ambassador Award in 2008.

Myrna was a collector, exhibitor, speaker, coin club officer, author and numismatic researcher. Her work with numismatic youth has helped to ensure the hobby is passed on to future generations.

The American Numismatic Association is a congressionally chartered, nonprofit educational organization dedicated to encouraging the study and collection of coins and related items. The ANA helps its nearly 25,000 members and the public to discover and explore the world of money through its vast array of educational and outreach programs, as well as its museum, library, publications and conventions. For more information, call 719-632-2646 or visit www.money.org. 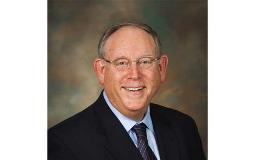 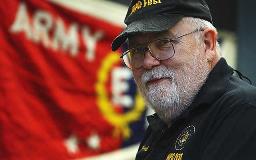 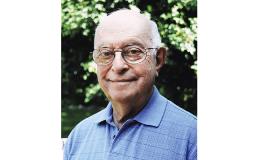