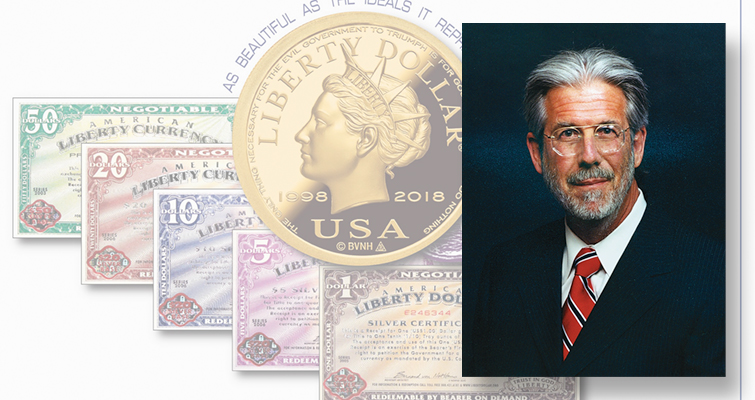 Liberty Dollar creator Bernard von NotHaus has written a book chronicling the extensive history of the Liberty Dollar since it was introduced 20 years ago. 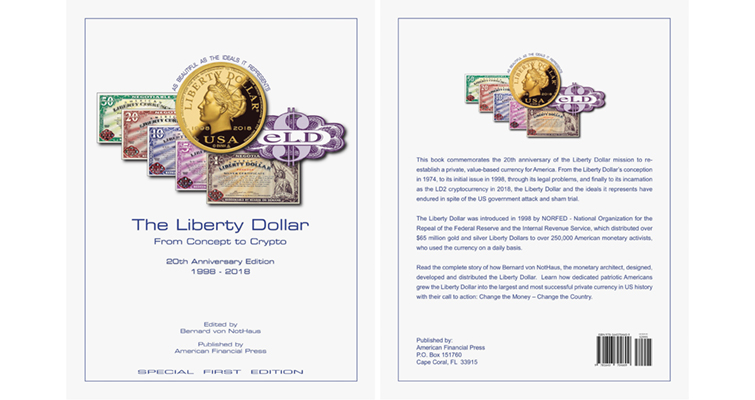 American Financial Press has published the 20-year history of the Liberty Dollar in creator Bernard von NotHaus' new reference, “The Liberty Dollar: From Concept to Crypto.” 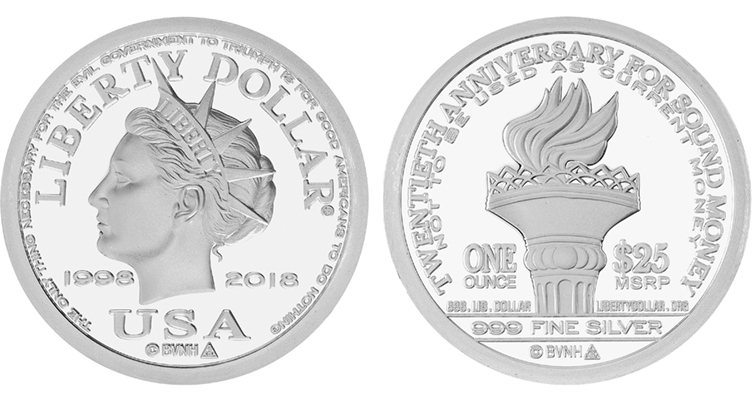 The first 2018 silver pieces used to back the digital cryptocurrency bear designs celebrating the 20th anniversary in October of the Liberty Dollar. They include the disclaimer "not to be used as current money."

The Liberty Dollar was pioneered in 1998 by Bernard von NotHaus as a private voluntary barter currency, according to its creator.

The pursuit landed him in hot water with the federal government, which seized his assets and prosecuted him in 2011 on charges of counterfeiting and illegally issuing and passing Liberty Dollar coins intended for use as current money. Three years later, in 2014, a federal judge sentenced von NotHaus to probation and ordered the return of Liberty Dollars the government had seized from von NotHaus, that he had held on behalf of customers and supporters of the Liberty Dollar.

In his new book, The Liberty Dollar: From Concept to Crypto, being released Oct. 1 on the 20-year anniversary of the Liberty Dollar, von NotHaus chronicles its history from concept in 1974, to its initial issuance in 1998 and its evolution into a cryptocurrency, LD 2, co-developed and promoted by his son, Extra von NotHaus.

The Liberty Dollar was first issued Oct. 1, 1998, by NotHaus through his National Organization for the Repeal of the Federal Reserve and the Internal Revenue Service (NORFED). NORFED subsequently rebranded itself as Liberty Services. On Feb. 10, 2003, the physical Liberty Dollar currency expanded into a digital currency, “eLD,” which functioned until Liberty Services suspended operations in 2009. According to the LD2.zero developers’ website, every Liberty Dollar issued, whether digital or a physical receiptl, was, at any time, 100 percent backed by and 100 percent redeemable for the underlying precious metal.

The original Liberty Dollars were promoted by the issuer to be used in commercial transactions as an alternative to federal currency, including Federal Reserve notes. Liberty Dollars eventually drew the attention of federal authorities.

When Von NotHaus was the Mint master of the private Royal Hawaiian Mint for 25 years, he devoted his time to researching monetary economics.

During those years, he designed and developed what he refers to as a “private value based sound monetary model.” He subsequently retired from the Royal Hawaiian Mint, moved to the mainland and launched the Liberty Dollar.

“From day one, the Liberty Dollar attracted the best and brightest Americans who were well aware of the flawed U.S. monetary system and the inherent danger of government fiat money,” according to von NotHaus. “Very quickly the Liberty Dollar became a well-established monetary model and attracted over 250,000 supporters and issued approximately $55 million gold and silver backed Liberty Dollars before it was killed by the U.S. government.”

In its new form as a cryptocurrency, “LD2 digital tokens are a warehouse receipt that guarantees its owner/bearer the precious metal stored in the insured vault,” according to the LD2 founders. 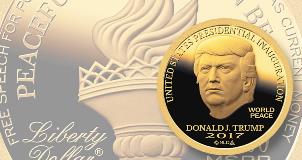 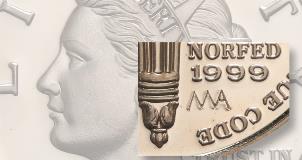 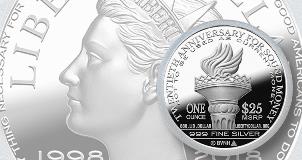