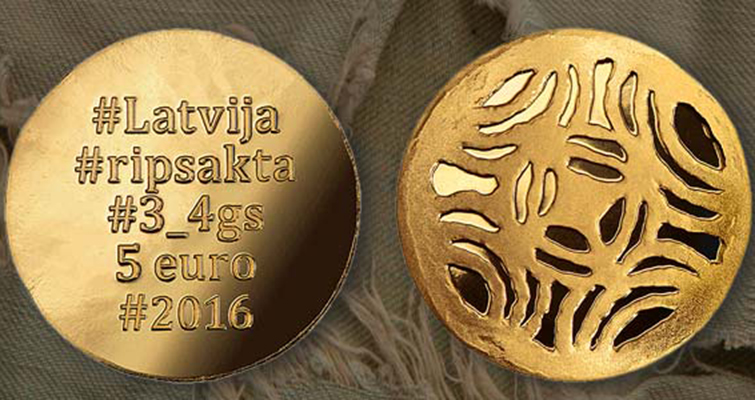 Latvia finds inspiration for its modern coins in ancient jewelry. The Latvijas Banka has released the first gold €5 coin in a series to celebrate brooches.

Ancient jewelry is now inspiring modern coins from the Bank of Latvia.

Latvijas Banka on Nov. 10 released the first issue in a series of coins honoring gold brooches.

The obverse pairs ancient design with modern technology as well, as evidenced by the inclusion of “hashtags” (pound signs) with the nation’s name, the weight of the coin, and year of issue, all inscribed on the obverse of the gold coin.

The history of the brooch in what is now Latvia began with various brooches from the early Iron Age (first to fourth centuries A.D.) — the so-called eye fibulae, tutulus fibulae, cross-ribbed fibulae, arbalest fibulae and round disc fibulae with openwork wheel, cross and fire cross motifs, according to the Bank of Latvia.

The older brooches were imported, but soon the local craftsmen began to use them as models to make their own brooches, with their form reflecting local aesthetics and concepts.

Brooches were used to fasten and adorn clothing for all — men, women and children. The form of and ornamentation on brooches also served a protective function (jewelry as amulet). The form, size and material have changed, yet brooches remain popular to the present.

The disc fibula, a singular find in Dzelzava’s Jaunzemji graveyard in Madona region, is a special one, both laconic and luxurious at the same time: the openwork on its disc surface forms a complex geometrical ornament. The disc fibula and its ornamentation may have also served as an amulet, reflecting the sun cult, which was gaining importance in the crop-growing society. It is also associated with rotation, dynamism and continuity.

The coin weighs 3.1 grams and is struck in an irregular circle with a diameter of 18 millimeters. It has a maximum mintage of 7,000 pieces and an official issue price of €170 through the Bank of Latvia.

For ordering information from the Latvijas Banka cashier’s office, visit its website. 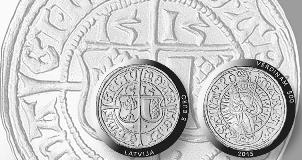 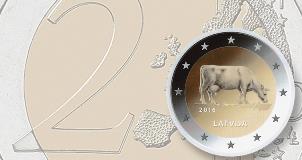 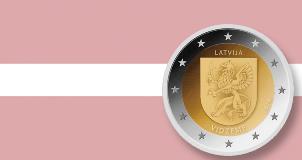