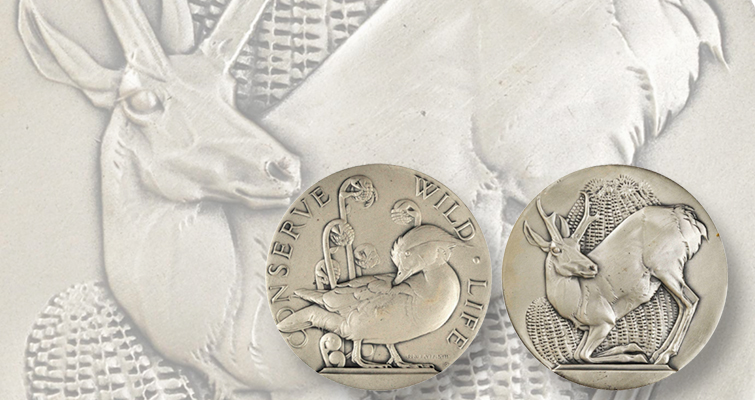 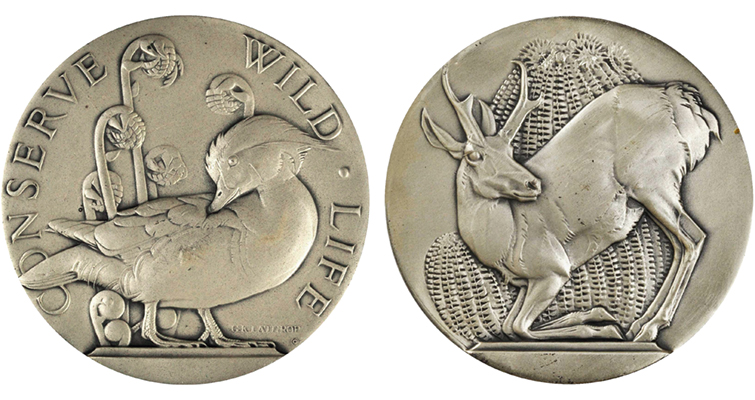 Natural themes and the spirit of conservation infuse much of Lathrop's work.

The year 1938 was a busy one for Gertrude Katherine Lathrop. She designed both the 18th Society of Medalists medal titled Conserve Wildlife and the 1938 commemorative half dollar celebrating the 250th anniversary of the founding of New Rochelle, New York, by French Huguenots.

Two years earlier she designed a commemorative silver half dollar honoring the 250th anniversary of the granting of a charter to the city of Albany, New York.

Lathrop was well-known for her sensitive depiction of animals, with the Albany half dollar depicting a beaver gnawing on a maple branch and the New Rochelle half depicting a fatted calf.

The obverse depicts a preening wood duck with fern fronds uncurling in the background, and the reverse shows a pronghorn with barrel cactus background.

Lathrop wrote on conservation in her essay accompanying the SOM medal: “There are many of us who will fight for them, that we may see them, not only behind glass, but walking, running, flying and swimming as they fulfill the mission for which they were created.”

The reported production was 1,025 bronze and 100 silver medals. One of the silver medals sold for $384 at Stack’s Bowers Galleries’ recent auctions at the Whitman Baltimore Expo. 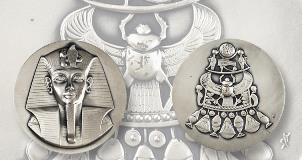 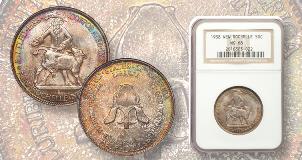 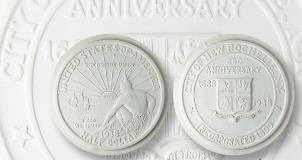