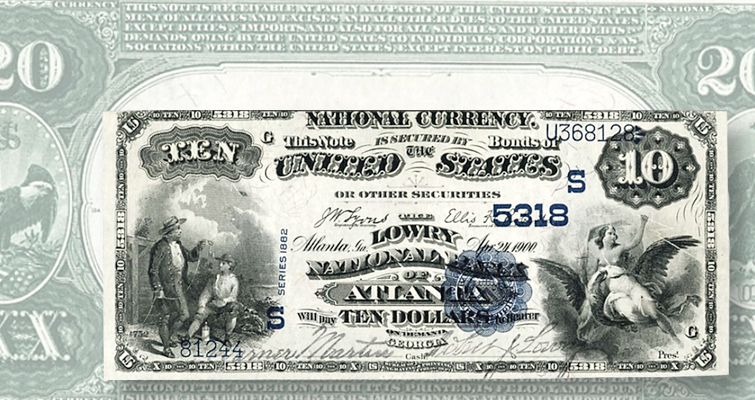 This double-denomination national bank note was one of several large-size error notes sold in Lyn Knight’s November auction in Kansas. 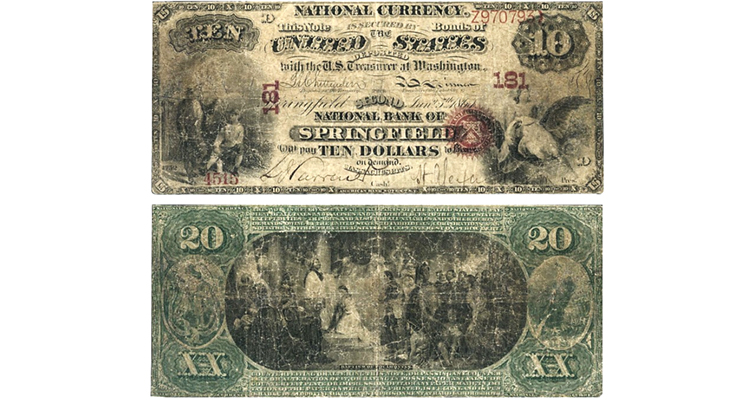 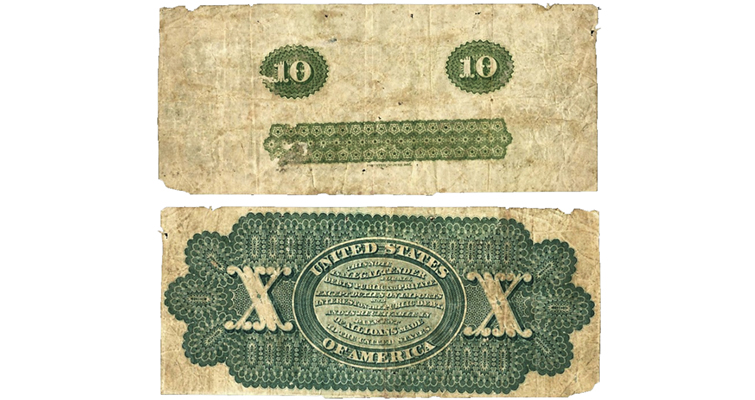 All of the black printing is missing on both sides of this Series 1862 $10 legal tender note in the Lyn Knight auction. It sold for $6,600, more than triple its high estimate. 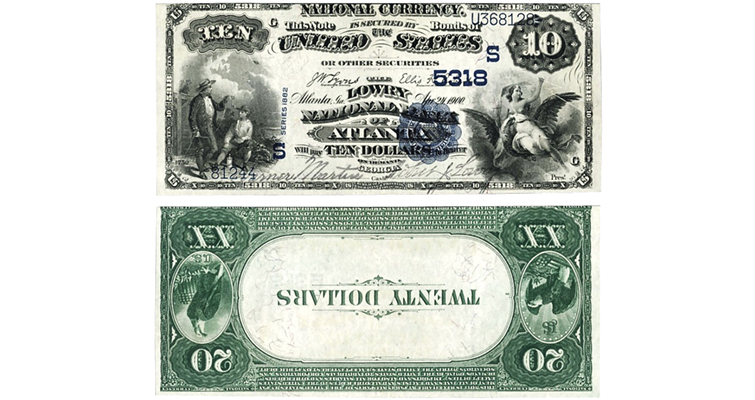 More than 200 United States error notes were the mainstays of the Lyn Knight Auctions multi-day paper money sale that began in Overland Park, Kansas, on Nov. 13.

Among them were 10 large-size error notes. One of them was the only First Charter Period national bank note double-denomination error that the cataloger had ever seen.

This note, a $10/$20 Original Series issue (Friedberg 409) from the Second National Bank of Springfield (Massachusetts) sold for $18,000 including the 20 percent buyer’s fee, a remarkable result considering that it was desperately in need of restoration and PCGS Currency called it Very Good 8 Apparent. An interesting aspect of the note, which has a $10 face, is that the $20 back is not inverted, as is usually the case.

Equally interesting was another very odd and early error, on an F-94 Series 1862 $10 legal tender note on which all the black printing is missing. Among the strange aspects is that normally we would expect the black parts to be printed first, but it is missing all of that — the allegory of Art, the eagle, portrait of Abraham Lincoln, and the American Bank Note Company and National Bank Note Company imprints. It was graded Fine 15 Apparent by PCGS Currency with edge damage. At $6,600, it sold for more than triple its high estimate.

A final bid of $78,000 won a two-piece, double-denomination pair of notes, the sale’s top result. They were made for the Lowry National Bank of Atlanta. The description explains that the Series 1882 $10/$20 Value Back notes are from a sheet that has the back flipped and the face printed right side up. One of the notes has a $10 face and $20 back while the other has it reversed, a $20 face and a $10 back.

PCGS Currency graded them both About New 50. 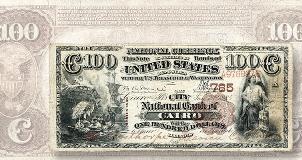 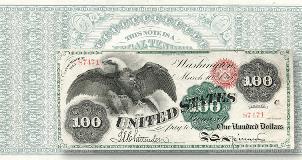 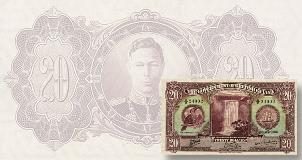