Korver resigns from CPAC in protest over import 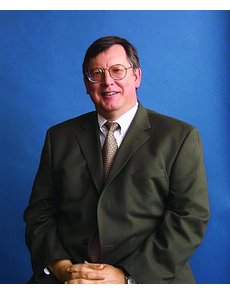 In a letter citing his discontent with the U.S. State Department’s recent imposition of import restrictions on certain “coins of Italian types,” numismatist Robert Korver has resigned from the Cultural Property Advisory Committee.

In the five-page Feb. 18 letter, Korver resigned effective March 1, in protest over the Memorandum of Understanding with Italy and the actions of the U.S. State Department that resulted in the imposition of import restrictions on several groups of widely collected ancient coins.

The Jan. 19 Federal Register published a notice that the U.S. State Department and U.S. Customs had included many widely collected ancient coin types in a MOU that restricted certain “coins of Italian types” from entering the United States.

The effect of the restrictions is that many popularly collected coins may be imported into the United States only if accompanied by either an export permit issued by Italy or other documentation indicating that the coins left Italy prior to Jan. 19 — the effective date of the restriction.

A Jan. 19 U.S. State Department press release said: “Coins, a significant and inseparable part of the archaeological record, are especially valuable to the understanding of the history of Italy. The unauthorized search for coins in Italy is exacerbated by metal detecting, an activity that is destructive to fragile archaeological deposits.”

Import restrictions are currently imposed on certain Chinese coins as well as coins of Cypriot type.

Coin collectors and dealers critiqued the inclusion of coins in the Italian MOU and noted that the regulations could make it much more difficult to import and collect the restricted coins and could result in higher prices for these coins.

The bilateral agreement between Italy and the United States was formed in 2001 and renewed in January 2006. Both the 2001 and the 2006 agreements between the two nations excluded coins.

In his letter of resignation, Korver cited the inclusion of coins in the 2011 renewal of the MOU as subordinating “the interests of tens of thousands of American collectors to the whims of a foreign government, bureaucrats, and an elite academic fraternity,” further noting that there is currently no Italian law or regulation that specifically prohibits the export of the coins specified in the MOU to the United States.

The committee’s role is to advise the president on appropriate United States action in response to request from state parties for assistance in protecting cultural heritage. The committee provides its findings and recommendations to the U.S. State Department, which considers them prior to making a decision.

It is composed of 11 members, appointed by the president to renewable three-year terms. Korver was appointed by George W. Bush in 2003 as an “expert in the international sale of cultural property.” He is currently director emeritus at Heritage Auctions in Dallas.

Korver wrote that he was twice denied the opportunity to submit a minority report to President Obama because of the “advocacy and directives of staff bureaucrats, operating under a carefully defined veil of secrecy, to further their personal preferences and objectives.”

Korver’s letter of resignation said that the import restrictions were imposed despite the advice of CPAC and prior precedent, and with no change in the underlying facts. He accused the State Department of ignoring the public comments of thousands of coin collectors, which constituted the vast majority of the public comment before CPAC, and of ignoring the concerns raised by a bipartisan group of members of Congress.

On Sept. 27, 2010, Rep. John Culberson, R-Texas, wrote a letter to the U.S. State Department — signed by 11 other members of Congress — requesting that the State Department conduct a full review of Italy’s compliance with then-current MOU provisions concerning long-term loans and the facilitation of export permits for legally acquired items.

Korver’s resignation letter accused the U.S. State Department of imposing requirements that discriminate against American collectors and small businesses that serve them and of extending new documentation requirements that are “impossible to comply with at the very moment you promised to scale back job-killing regulations.”

Korver cited the MOU as conflicting with a recent editorial by President Obama in the Wall Street Journal where he “claimed to oppose all needlessly intrusive forms of government regulation on private enterprise.”

Korver also cited various ways that the passage of the MOU failed to comply with the requirements set out by the Cultural Property Implementation Act, as the CPIA was “specifically crafted to take American business interests into account before formulating any MOU.”

He closed the letter urging President Obama to appoint an independent agency to investigate the minutes and processes of CPAC to verify compliance with CPIA; to request the resignation of all current CPAC members, “thus preventing further embarrassment to your administration”; to issue an executive order suspending enforcement of MOUs with Cyprus and Italy, because of ethical failures; and finally, to move a newly constituted CPAC to the Department of Commerce. ¦