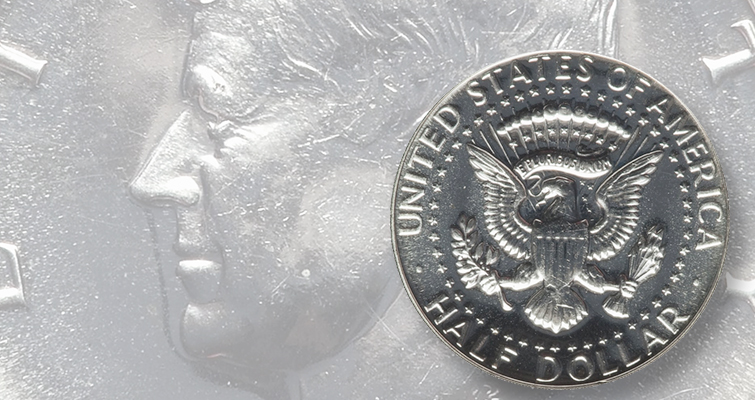 The reverse of this 1966 Kennedy half dollar from a Special Mint Set is missing the FG designer's initials from Assistant U.S. Mint Engraver Frank Gasparro. 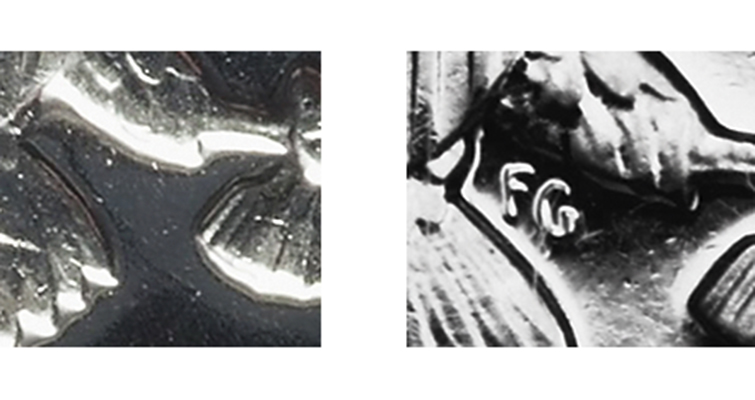 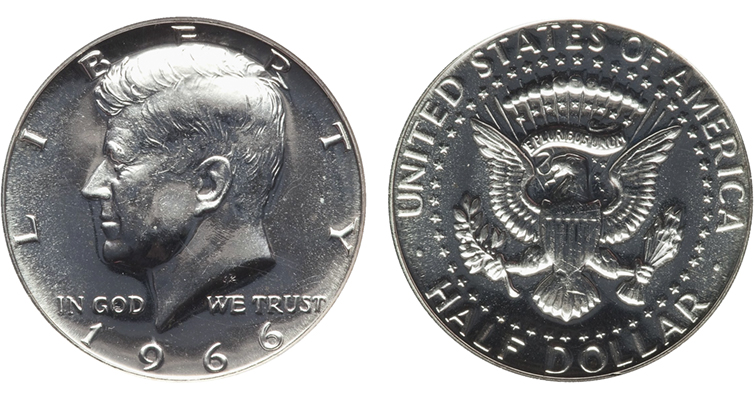 Looking between the eagle's tail feathers and the arrows will yield no evidence of Gasparro's FG initials on this coin. 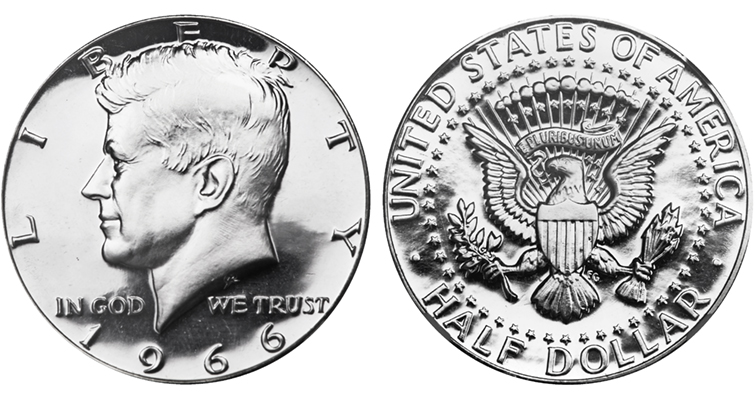 Frank Gasparro's designer's initials appear tucked in the field to the right of the tail feathers.

Collectors of Kennedy half dollars, recognize the “No FG” reference to the absence on the coin’s reverse of the designer’s initials of then U.S. Mint Assistant Engraver Frank Gasparro. The initials are normally located in the field between the eagle’s tail feathers and left leg.

I checked a number of auction companies’ auction results and came across sales of No FG Kennedy half dollars for the following dates: a 1966 coin from a Special Mint set, and 1972-D and 1982-P coins, but no 1984 or 1990-D half dollars.

Cherrypickers’ Guide to Rare Die Varieties of U.S. Coins lists the aforementioned 1966 and 1972-D No FG coins, but not the other dates. Neither the Professional Coin Grading Service Population Report nor the Numismatic Guaranty Corp. Census report list Kennedy, No FG half dollars.

I consulted with James Wiles, variety attributer for The Combined Organizations of Numismatic Error Collectors of America, who operates the VarietyVista.com website, offering a variety master listings for CONECA. Wiles indicates that many dates are missing the initials, but he is unaware of anyone who has assembled a list or collection of them.

More than one cause explains the missing designers’ initials: overpolishing the dies to extend their production life, or grease or other debris filling the recesses of a die.

“Over abrasion will usually have die scratches in the area,” Wiles said. “Debris filled dies will generally leave a depression or pitting from the debris. Either way, the error type is considered common.” 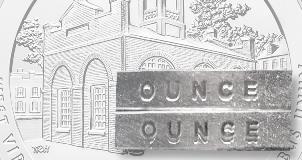