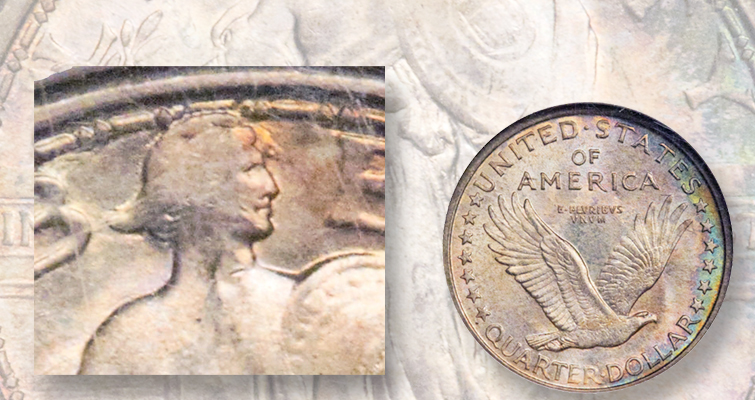 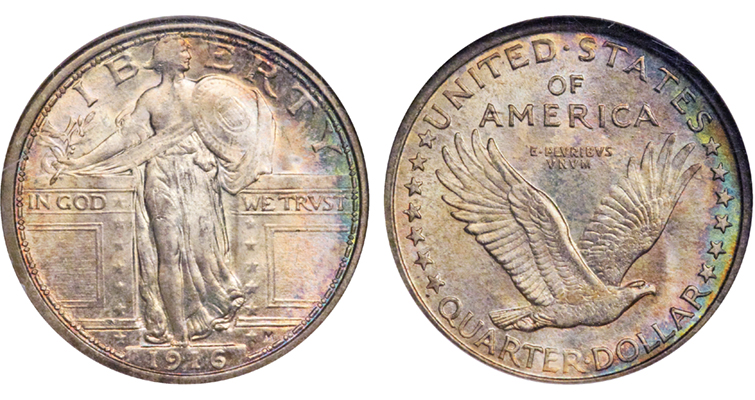 Jay Cline’s 1916 Standing Liberty quarter dollar graded NGC MS-67 CAC will be a highlight of Heritage’s Jan. 7 Platinum Night auction in Tampa, Fla. Liberty’s head is not quite full, as is often seen on this issue. 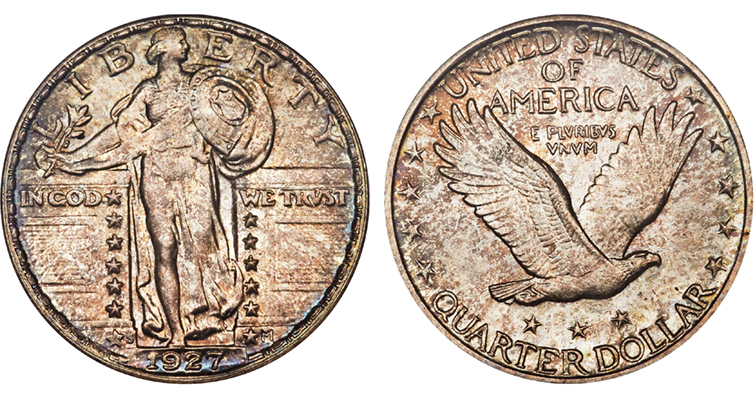 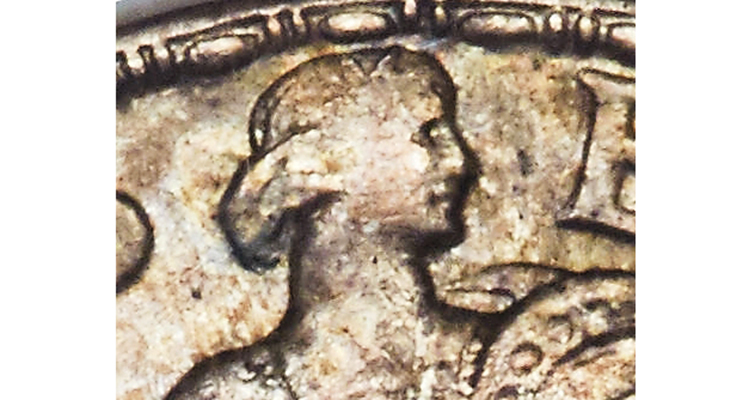 Around half of the detail of the head is visible in Cline’s 1927-S quarter dollar, graded NGC MS-66 CAC. The issue is known for being weakly struck. 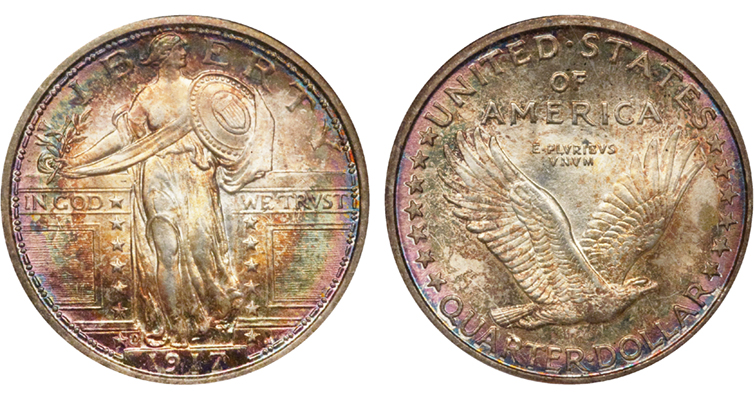 One of the most attractive Standing Liberty quarters from the Cline consignment is this 1917-D coin of the first subtype, graded NGC MS-67 Full Head. Liberty’s head is fully struck. 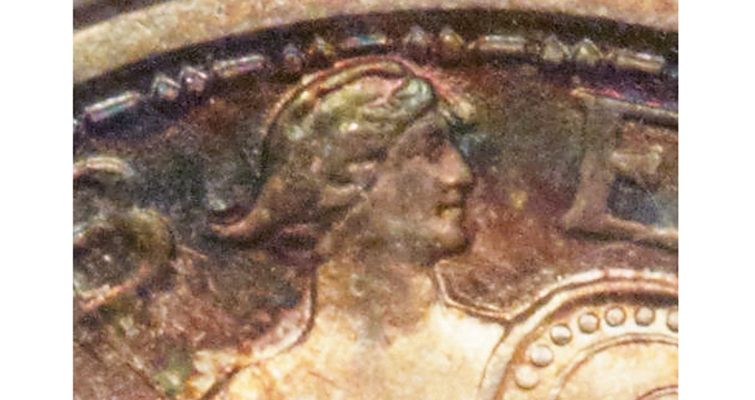 Cline, known for his devotion to the series, wrote dozens of articles and several editions of his essential book Standing Liberty Quarters and was acknowledged as an expert.

He spent 31 years operating his own coin shop, Cline’s Rare Coins in Dayton, Ohio, before moving to Palm Harbor, Fla. Cline passed away on Jan. 8, 2015, and Heritage is selling Cline’s personal collection on behalf of his wife, Vicky.

The lots in the printed catalogs are noted by a graphic of a top hat, since, as Heritage wrote, “Recognized by all he met for his top hat and ‘the beard,’ Jay was always quick with a smile and eager to greet his many friends and associates.” Cline wrote on his website that he “began collecting coins in high school with a few Indian Head cents. His first Standing Liberty Quarter was a severely cleaned 1918-S from a friend who asked the great sum of 35¢ for the coin. He bought that piece in the early 1950’s.”

Two of Cline’s quarters — the 1916 and 1927-S coins — are included in Heritage’s Jan. 7 Platinum Night auction. Other coins from his collection will be offered earlier that day during Heritage’s Session Three U.S. coin auction, while others are included in an online session on Jan. 10.

As Cline wrote in his most recent edition of Standing Liberty Quarters, “When 1916s come up at auction, the bidding is spirited and all grades are strongly supported. With a mintage this low, Full Head vs. non-Full Head is not so important on this piece.”

His example was last sold at auction in Heritage’s 2006 FUN sale where it sold for $40,250, though the firm observes, “With a Full Head Superb Gem recently garnering nearly $150,000 without a CAC endorsement, this equally pristine and visually almost comparable non-Full Head piece would be a sterling acquisition for the astute Standing Liberty quarter specialist.”

The Mint issued two main design subtypes of the Standing Liberty quarter. What is often called “Type I” was struck in 1916 and 1917 and features a bare chested Liberty and no stars below the eagle on the reverse. The design was modified in 1917 to give Liberty a coat of chain mail, and three stars were moved below the eagle. This second subtype design was used until the series ended in 1930.

As Heritage observes, “The rarity of the 1927-S in this grade is recognized by series students, but for the general collecting populace, it falls in the shadow of the more widely heralded Full Head coins, which make headlines on the rare instances in which they are offered at auction.” In his books, Cline observed that less than one percent are struck with Full Heads and the typical 1927-S quarter dollar is weakly struck, particularly on the head and shield.

One of the most attractive of Cline’s coins is his 1917-D Seated Liberty, Bared Breast quarter dollar graded NGC MS-67 Full Head.

In terms of pricing comparables, a different, more heavily toned example of this issue also graded NGC MS-67 Full Head sold for $4,230 at a June 2015 auction by Ira and Larry Goldberg.