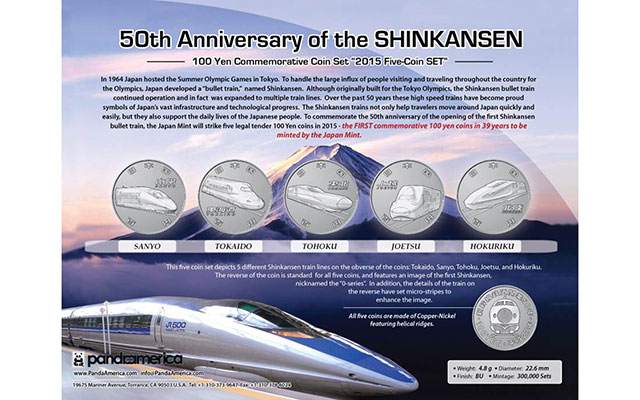 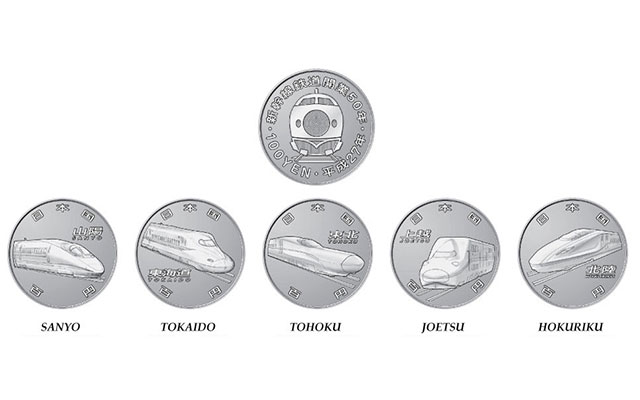 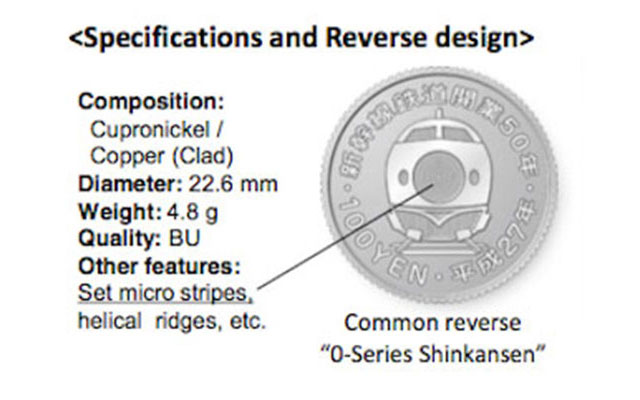 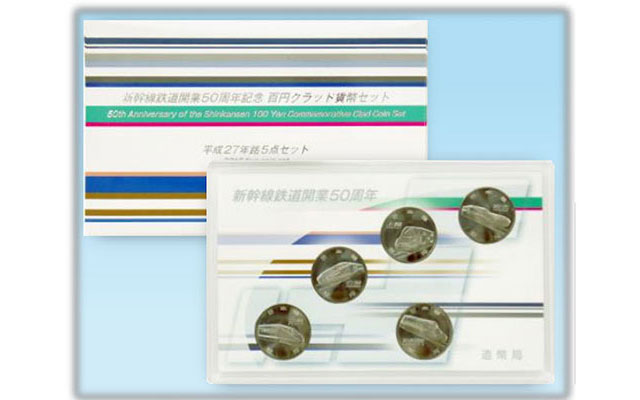 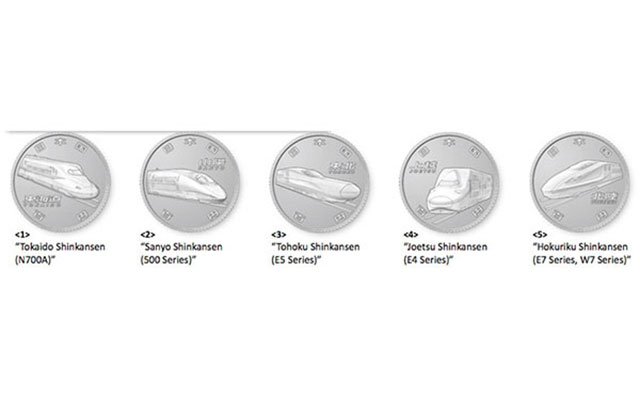 In 1964 Japan hosted the Summer Olympic Games in Tokyo.  To handle the large influx of people visiting and traveling throughout the country for the Olympics, Japan developed a “bullet train,” named Shinkansen.  Although originally built for the Tokyo Olympics, the Shinkansen bullet train continued operation and in fact was expanded to multiple train lines.  Over the past 50 years these high speed trains have been become proud symbols of Japan’s vast infrastructure and technological progress.  The Shinkansen trains not only help travelers move around Japan quickly and easily, but they also support the daily lives of the Japanese people.  To commemorate the 50th anniversary of the opening of the first Shinkansen bullet train, the Japan Mint will strike five legal tender 100 Yen coins in 2015 - the first commemorative 100 yen coins ever to be minted in the history of the Japan Mint.

This five coin set depicts 5 different Shinkansen train lines on the obverse of the coins: Tokaido, Sanyo, Tohoku, Joetsu, and Hokuriku.  The reverse of the coin is standard for all five coins, and features an image of the first Shinkansen, nicknamed the “0-series”.  In addition, the details of the train on the reverse have set micro-stripes to enhance the image.

All five coins are made of Copper-Nickel featuring helical ridges and have the following specifications:

The new Japan 2015 Shinkansen coin sets are available to pre-order from official Japan Mint distributor Panda America, by calling our office at 1-310-373-9647