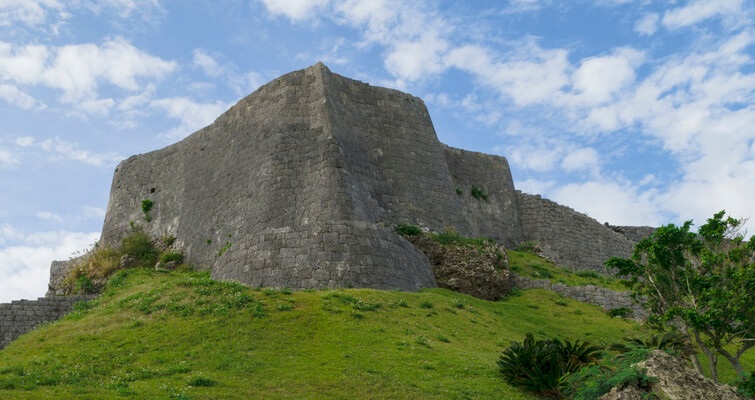 The Katsuren castle in Okinawa, Japan, is among the places you'd least expect Roman coins to be found.

An amazing discovery was made in Okinawa, Japan, recently, when 10 ancient coins from the Roman and Ottoman empires were unearthed in the ruins of a Japanese castle, thousands of miles from their place of origin.

The story was reported on Sept. 27 on CNN.com.

The Katsuren castle has been being excavated since 2013 by a group of local archaeologists from Uruma city’s Board of Education. Their team, however, didn’t make the discovery.

Toshio Tsukamoto, a researcher from the Gangoji temple who was visiting the site, came across the coins.

"I'd come to analyze artifacts like Japanese samurai armor that had been found there when I spotted the coins," Tsukamoto told CNN. "I'd been on excavation sites in Egypt and Italy and had seen a lot of Roman coins before, so I recognized them immediately."

An X-ray was used to identify the engravings and read what details were depicted.

It’s been determined that the lone Ottoman coin is from 1687, based on its inscription, while the Roman pieces date back to roughly 300 to 400 A.D.

How did Roman coins end up in Japan?

Masaki Yokou, a spokesperson for Uruma city's Board of Education, told CNN the discovery is “strange and interesting.”

Yokou said a direct link from Rome to the Katsuren castle is unlikely. Roman coins have been discovered all over Europe, but very few have been found so far away.

This discovery lends some insight into the extent of trade relations between Europe and Asia at the time. Both Yokou and Tsukamoto said it's possible the coins ended up at the castle after bouncing around the network of trade routes that linked West and East.

One of the most powerful empires of all time had coinage in many regions of Europe and some parts of the Middle East, so determining exactly where they're from and how they landed at the castle will be a challenge.

Other items found at the castle

In addition to the coins, there were Japanese ceramics and other household items that would've been used by the castle's inhabitants. Chinese coins and ceramics that would have be acquired through trade with China were also among the objects found. 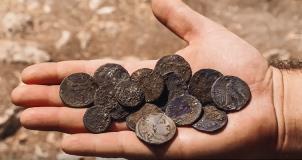