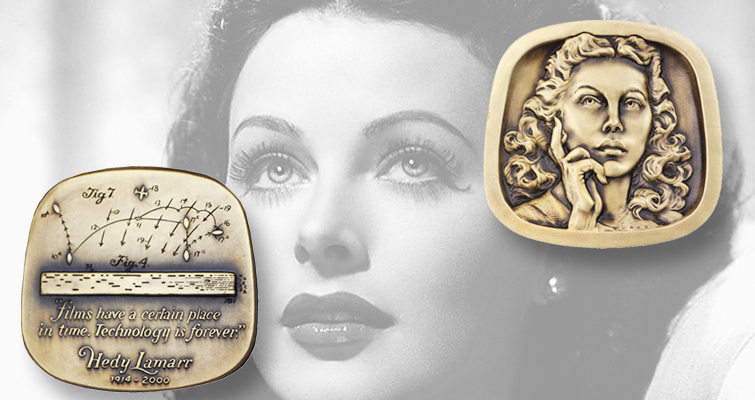 Many might remember Hedy Lamarr for her career as an actor. However, she was also an inventor whose contributions ultimately revolutionized the world, as illustrated on a new medal.

Medal images courtesy of JAHF; portrait in the public domain. 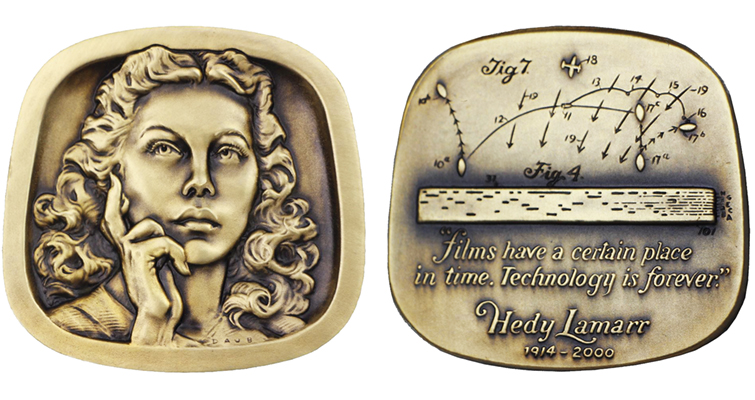 Actress and inventor Hedy Lamarr is depicted on the 49th medal in the Jewish-American Hall of Fame’s series commemorating the accomplishments of Jewish-American men and women in many fields. 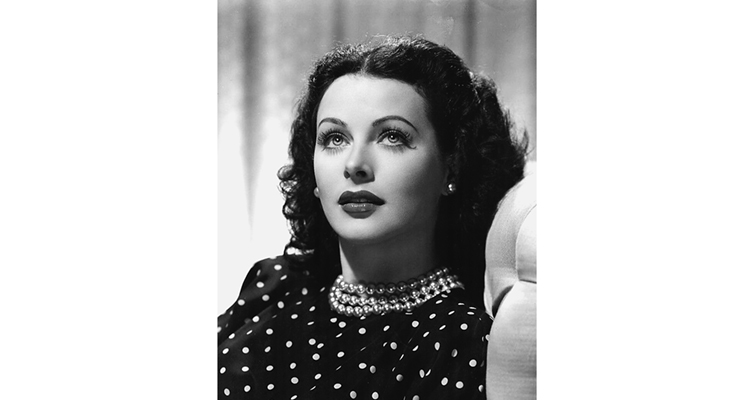 Hedy Lamarr is shown in a 1940 publicity photo.

The Jewish-American Hall of Fame was created in 1969 as part of the Magnes Museum, a museum of Judaica founded by Seymour and Rebecca Fromer in 1962. The Judah L. Magnes Museum became the Magnes Collection of Jewish Art and Life at The Bancroft Library after it was absorbed by the University of California in 2010.

The Hall of Fame, for its part, became a division of the American Jewish Historical Society in 2001. In 2012, its website was absorbed by the American Numismatic Society.

The JAHF’s medal program, which has been releasing a new medal yearly since 1969, has honored a wide variety of notable American Jews. 2018’s selection, Hedy Lamarr, represents a confluence of professional fields, as Lamarr was both a professional actress and inventor, whose work helped lay the foundations for many present-day technologies, such as WiFi and Bluetooth.

Born Hedwig Eva Maria Kiesler in 1914 to Jewish parents in Vienna, she was cast in a variety of minor film roles in the early 1930s, before starring in 1933’s Ecstasy. She changed her name to Hedy Lamarr after emigrating to London and then the United States in 1938. She starred in many films from the late 1930s into the 1950s.

Lamarr was often described as “The World’s Most Beautiful Woman,” but her main accomplishments outside of entertainment involved her work with composer George Antheil on radio guidance systems during World War II. Bored by the roles she was typecast into in Hollywood (usually as a beautiful, exotic woman with few lines), she began working with Antheil. Their work created frequency-hopping and spread-spectrum radio signals. Designed to help avoid Axis jamming of Allied torpedoes, the technology would not come into use by the U.S. Navy until the 1960s. Those technologies laid the foundation for many telecommunications products we use today.

The JAHF minted 210 medals honoring Lamarr; 120 of them are minted in bronze, 60 in .999 fine silver and 30 in gold-plated silver. The silver and gold-plated medals have sold out, but bronze pieces remain and can be acquired with a $50 donation to the JAHF; Coin World readers can take 10 percent off if they mention that they heard about the medal from this article. The trapezoidal medals are 2 inches in diameter and weigh 3 ounces.

The obverse features a portrait of Lamarr, and the reverse depicts part of her patent. 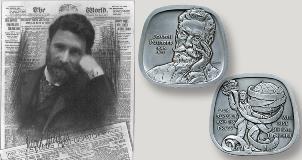