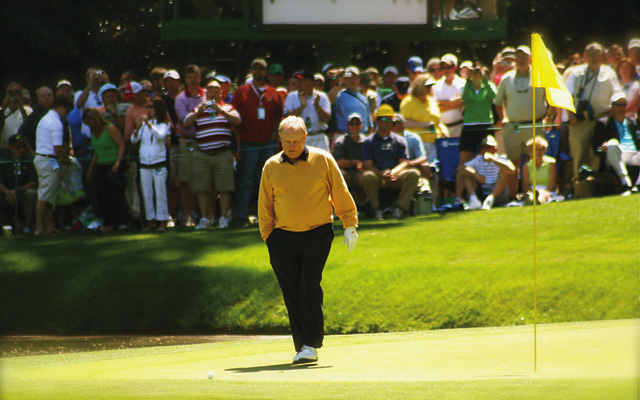 Jack Nicklaus walks up to his ball on the ninth hole of Augusta National Gold Club in 2006.

Legislation to honor a legend, Jack Nicklaus, with a congressional gold medal is awaiting President Obama’s signature as of Dec. 4.

The medal would recognize Nicklaus’ service to the “nation in promoting excellence, good sportsmanship, and philanthropy,” according to the legislation.

Nicklaus, 74, is a world-famous golf professional, a highly successful business executive, a prominent advertising spokesman, a passionate and dedicated philanthropist, a devoted husband, father, and grandfather, according to the legislation.

The legendary Nicklaus was inducted into the World Golf Hall of Fame at the age of 34 in 1974.

The legislation directs that the design of the gold medal will be appropriate to recognize his service to the nation. The legislation also authorizes the striking and sale to the public of bronze duplicate medals.