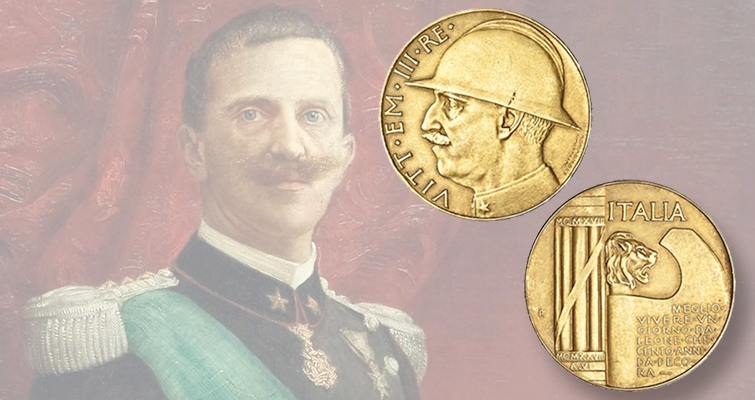 In 1928, a gold medal marking the 10th anniversary of the end of World War I was issued, featuring designs by two then well known artists and sculptors of Italian coins and medals.

It was supposed to be the war that ended all wars, but in hindsight, World War I was only the precursor to a larger battle.

In 1928, a gold medal marking the 10th anniversary of the war’s end was issued in Italy.

The medal shows a helmeted image of Italy’s King Vittorio Emanuele III on the obverse, with fasces, lion-headed ax and anniversary legend on the reverse.

The medal is equivalent in weight to the 100-lira coin, weighing 32.46 grams, but is not a coin and so not listed in Gold Coins of the World by Arthur L. and Ira S. Friedberg.

The king depicted was a famous coin collector, donating more than 100,000 pieces from his collection to the people of Italy upon his death in 1946

Exactly who or what entity commissioned this medal is unclear, but two of Italy’s top coin designers (Giuseppe Romagnoli and Atillio Silvio Motti) were tapped to create the medal — their names appear on the obverse. The medal features the same designs they used for a 1928 silver 20-lira coin marking the same topic.

The medal in the Spink auction is graded Extremely Fine, according to the auction house, and has an estimate of $2,000 to $2,500. 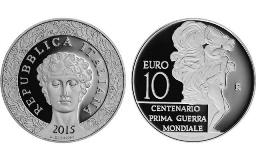