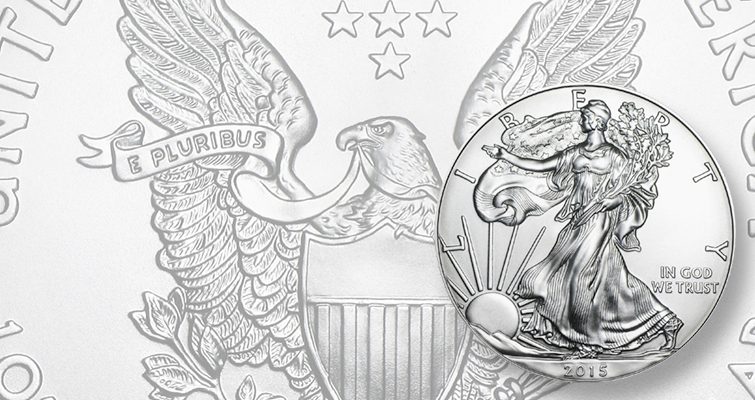 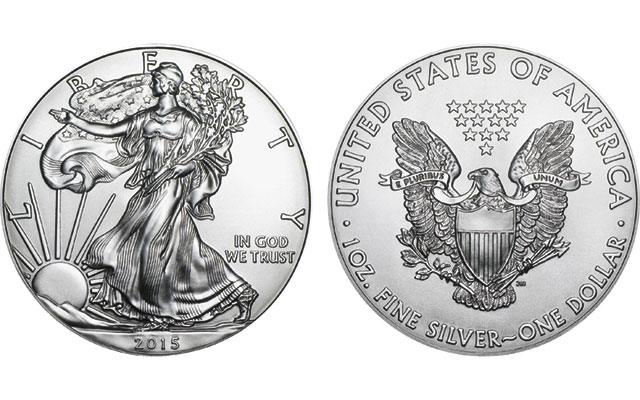 The United States Mint is selling the silver American Eagle bullion coins to the collector and investor markets as fast as the West Point Mint can produce them.

Silver coin and bar distributors contacted by Coin World indicate they’ve had difficulty in filling orders, with product delays or shortfalls from their suppliers translating to delays in sending product to their customers.

U.S. Mint sales of silver American Eagles in July reached 5,529,000 coins — just 1,000 coins fewer than were sold during the month of January when the 2015 coins were first made available.

July’s sales are remarkable in that they were accomplished although sales were suspended July 7, for the U.S. Mint to rebuild its inventory, and resumed July 27.

January is traditionally the strongest month for American Eagle silver bullion coin sales at the U.S. Mint, as the Mint’s authorized purchasers order the incoming year’s newly released coins to meet demand from American Eagle collectors and investors. Sales for 2015, however, appear to be breaking with tradition somewhat.

Stefan Gleason, president of Money Metals Exchange in Eagle, Idaho, says public demand for gold and silver bullion coins, bars and rounds from the firm climbed 135 percent from June 16 to July 31 from the preceding 45-day period.

The number of first-time customers rose 365 percent over the June 16 to July 31 period, Gleason said.

During the 45-day period ending July 31, Money Metals Exchange sold 797,711 ounces of silver, he added, a 116 percent increase from the previous 45-day period.

Mints at all levels

Many government and private mints, including the U.S. Mint and the Royal Canadian Mint, have been unable to keep up with demand and have either temporarily halted silver sales or rationed their insufficient supply of silver coins, Gleason notes. Other minters are also feeling the demand from their customers.

“Private mints have scrambled for raw silver to keep production running at full tilt. Major national depots, such as Los Angeles, have run dry while some users and investors sought physical delivery of silver and gold from Comex warehouses,” according to Gleason. “Premiums (i.e., amount paid above the metal’s melt value) have risen on all silver products except 100- and 1,000-ounce silver bars, and delivery delays have lengthened as suppliers and retailers scramble to fill orders.

Added Gleason: “We’re seeing more buying interest than at any time since the 2008 financial crisis. If we see a further spike in demand, the whole supply chain could be cleaned out.

“In that event, customers will face long lead times and limited product choices. Gold supply is showing some signs of strain, but silver could become completely unavailable.”

David Hendrickson, president of SilverTowne in Winchester, Ind., says the silver market is “hotter than fire.”

SilverTowne is selling hundreds of thousands of ounces in silver products each week, much of it being shipped on a delayed basis, Hendrickson said.

SilverTowne, which operates its own private mint, is six to seven weeks behind in producing and shipping its own silver bullion products, despite its minting facility operating around the clock, seven days a week.

The Indiana firm is facing the same supply bottleneck that other bullion wholesalers and retailers are facing. The government mints are selling their bullion coins to their networks on an “allocation” basis, meaning that firms ordering the coins from the mints are supplied with limited numbers. In turn, the authorized dealers are unable to meet the demand of their customers, including companies like SilverTowne, and are only providing these customers limited numbers of the coins. Sometimes customers at all levels are supplied coins on a delayed basis, as sellers at all levels of the supply chain wait to have their orders filled. And because of these market forces, the premiums charged at each transaction level are rising.

In turn, SilverTowne has been unable to buy silver from its retail customers. No SilverTowne customers are offering to sell the firm their silver holdings, Hendrickson said.

“There are no sellers. They’re all holding. The silver is what’s already in the market,” Hendrickson said.

Premiums on silver issues have increased for MCW acquiring new product, which means higher prices for customers buying from MCW, he said, as demand has increased and supply has decreased.

Lewis said that the premiums his firm has had to pay to acquire silver American Eagle bullion coins quickly rose 20 to 40 percent.

APMEX is one of the United States Mint’s authorized purchasers approved to purchase American Eagle and other bullion products for resale to other dealers and the public.

Lewis said APMEX was able to manage its inventory in anticipation of the market upsurge, and it’s not uncommon for the firm to carry 400,000 to 500,000 silver American Eagles in inventory at one time to be prepared for market volatility.

“The biggest issue is availability of silver, as mints have had to ramp up capacity to meets the needs of the market,” Lewis said. “Our size and partnerships allows us to secure product when others are not able to. I do expect product will be more readily available in the next 30 to 60 days, assuming silver stays above $14 to $14.50. All bets are off though if new lows are set, as many investors see tremendous upside in metals for the long term.”

APMEX’s retail buying has slowed, Lewis said, “due to the public appearing to be apprehensive to selling their investments when spot price is at a low water mark. We do maintain active bids, many of which are clearly visible on our site, and have raised the premiums we are willing to pay.”

Josh Wagoner, general manager for another U.S. Mint authorized purchaser, The Gold Center in Springfield, Ill., said the firm is still trying to fill its backlog of orders, with orders pre-sold but backed up awaiting delivery and receipt of product.

Much of the product being received is for filling orders placed weeks earlier, he said, noting inventory is significantly understocked to fulfill immediate demand.

The shortage of the bullion coins and other bullion products has pushed up the premiums for dealers to acquire the product. Increased premiums translate to higher purchase prices for the consumer, Wagoner said.

The Gold Center has also been selling out of its weekly allocation of America the Beautiful 5-ounce silver bullion quarter dollars, Wagoner said.

Surprisingly, Wagoner said, the number of investors selling silver bullion back to that firm has increased, amid fears the silver price could drop considerably lower.

Getting additional product from Dillon Gage Metals in Texas took three to four weeks to restock, he said.

“Premiums have risen from authorized purchasers for all silver bullion products I advertise,” Fuljenz said. “I had extra silver Eagles when sales were halted by the U.S. Mint so I was able to navigate the three-week interruption.”