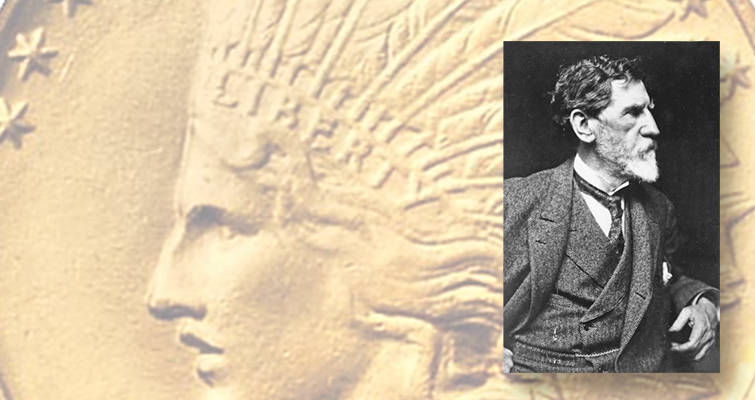 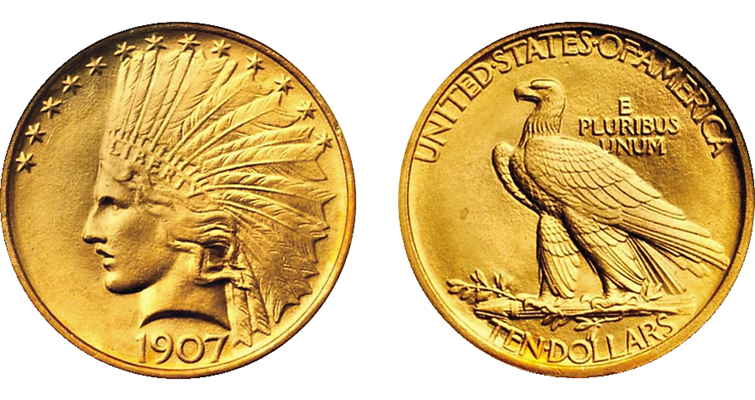 While the Indian Head gold $10 eagle was criticized for years after its 1907 release, now, more than a century later, many collectors consider the coin among their favorite designs, according to Q. David Bowers. 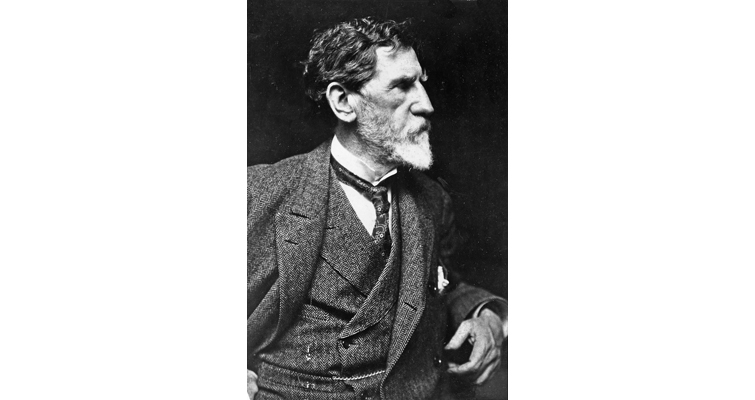 World-renowned sculptor Augustus Saint-Gaudens died in 1907 shortly after his Indian Head gold eagle was announced to the public.

The Joys of Collecting column from the Oct. 5, 2015, monthly issue of Coin World:

Created by sculptor Augustus Saint-Gaudens, who had died on Aug. 3, the coin drew a lot of attention once it reached circulation in the autumn.

Since day one in federal coinage, with the release of the 1793 Flowing Hair, Chain cent, if something negative could be said about a coin design, it was.

Probably most maligned was the Morgan dollar, whose eagle was repeatedly referred to as a buzzard. Not to be overlooked are “the old lady with a broomstick” (Seated Liberty design); a “ship on wheels” (the reverse of the 1892 World’s Columbian Exposition half dollar); and the 1923-S Monroe Doctrine half dollar that Cornelius Vermeule, a nationally recognized classic art expert (and numismatist), called “ugly,” adding that its “low, flat relief with an attempt at a feeling for modeling rather than carving makes the bust and the females poised to imitate the outline of the continents seem like mounted cut-outs. They can even be said to resemble daubs of clay on a board, or relief outlines in glass. Adams, with his staring eye, is scarcely a portrait, and Monroe would not be recognized even by an expert.”

Some reviews may or not be considered negative, such as Don Taxay’s remark that the Lincoln Memorial on the reverse of the cent looked like a trolley car. I like old trolley cars.

The 1907 Indian Head eagle attracted many reviews — good, bad, and indifferent. I give two of them here.

Howland Wood, secretary of the American Numismatic Society, displayed his erudite knowledge in a letter to Thomas Elder, who was collecting comments:

“… In justification of the Greek type of the new $10, the placing of the head as it is and the feathers going to the edge, almost identical types can be found among many Greek coins. I can only think of a few offhand, including the Athenian pieces, and those of Thurium, Pharsalos, and Velia.

“In justification of the ‘pants’ of the eagle, a glance at our own coins of the seated liberty type will show that trousers were worn long in those days, as well as in the time of the Ptolemies, and good examples can be found on those Ptolemaic coins with one and two eagles on the reverse. I think the design of the obverse and reverse are grand conceptions, but the technical execution or die work I do not consider good.”

Ebenezer Gilbert, yet to become famous for his 1916 book on half cents, wrote:

“… Upon the obverse, the head and appurtenances and date are too large for the size of the piece, and the stars too small. The face of Liberty is an anomaly. The prominent nose and chin indicate determination and strength of character, but the effect of overhanging upper jaw and lip with open mouth is idiotic. While the face is not that of an Indian, the headgear is.

“On the reverse, we find a turkey buzzard in pantalets. The words of the legend above and value below the effigy are not sufficiently spaced, and are too close to the outer rim of the coin. There should be a marginal space between the top of these letters and the rim. ‘E Pluribus Unum’ is added as a postscript. The style of letters used on both obverse and reverse and the figures of date show very poor judgment viewed from a typographical standpoint.

“In one respect the piece may be called a howling success. It is entirely different from anything ever before issued by the United States Mint, and no patent is needed to protect the designer from infringements. The coin, both obverse and reverse, is a humiliating disappointment, without one redeeming feature, and is a foozle.”

Foozle (whatever that means) or not, today in 2015, the Indian Head eagle is one of the favorite designs with collectors.