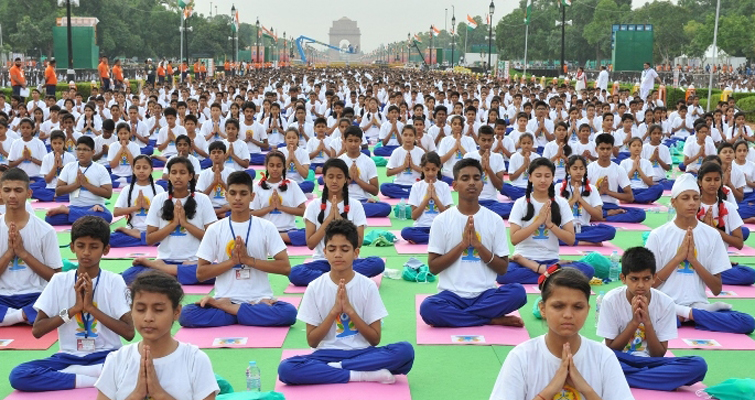 India, the birthplace of the physical, spiritual and mental practice known as yoga, is honoring the subject with a circulating commemorative coin.

The 10-rupee coin marks the 2015 International Day of Yoga. The first celebration of the special day assigned to June 21 was conducted in 2015, after a December 2014 declaration from the United Nations’ General Assembly named the date.

The Reserve Bank of India confirms the coin will be issued, but not yet released images. Descriptions here are taken from the bank’s announcement.

The obverse of the coin bears the Lion Capitol of Ashoka Pillar in the center with legends inscribed below. The denomination, rupee symbol and nation’s name also appear.

The reverse of the coin bears the International Day of Yoga logo, with an inscription YOGA FOR HARMONY AND PEACE around the logo and design. The date 21 JUNE will appear below the logo.

The 10-rupee coin is a ringed-bimetallic issue with an aluminum-bronze ring and a copper-nickel core. The coin weighs 7.71 grams and measures 27 millimeters in diameter.

Want to know about other coins of India? Check out these Coin World stories!