Security engraving became one of the first art forms at which the United States became a world leader, the result of wide demand for bank notes before the Civil War and of federal security paper like stamps and federal notes during and after the conflict.

All images from the Images of Value book. 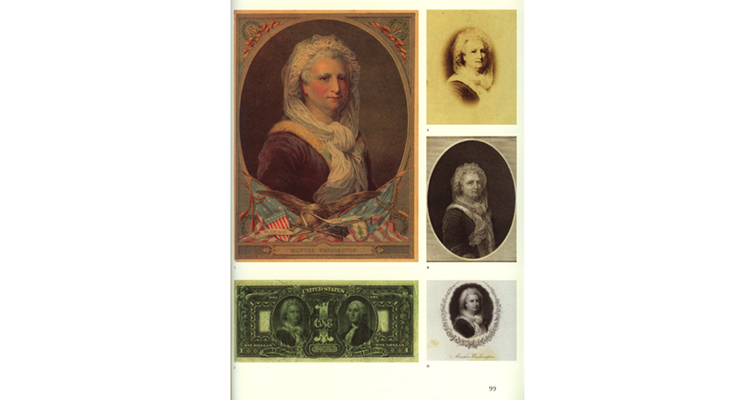 A significant part of the Images of Value exhibit and supporting book explores the original artwork behind the classic vignettes found on U.S. paper money and other security paper. Shown are various renditions of a portrait of Martha Washington used in engraving the portrait on the stamp and two $1 silver certificates on which she is depicted. 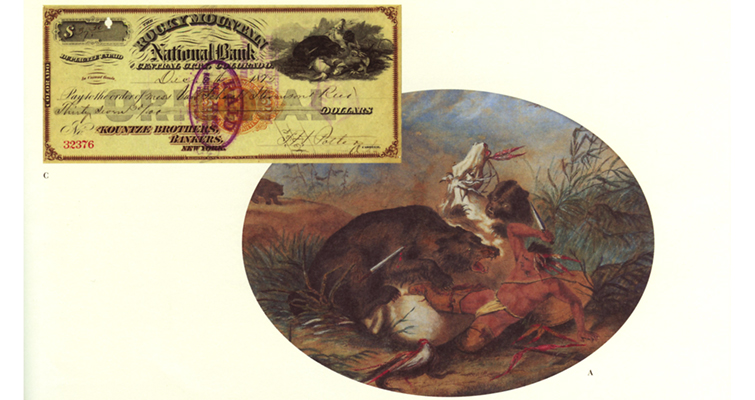 Felix Octavius Carr Darley was a prolific artist whose vignettes included a scene of a pair of bears attacking a Native American and his horse. 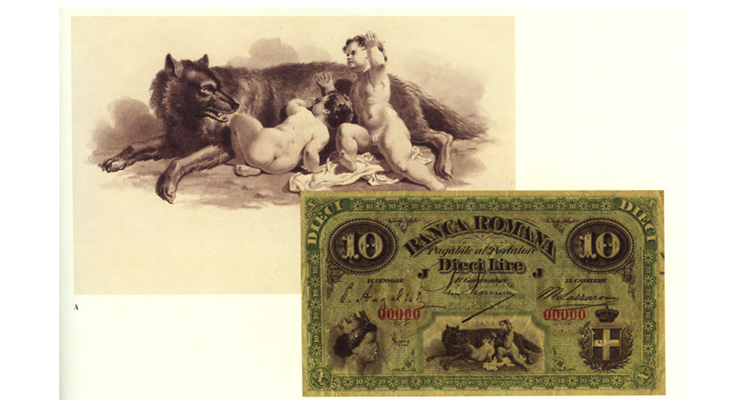 Another prominent artist was Edwin White, whose vignette of a couple of cherubs and a wolf is found on a Banca Romana note. 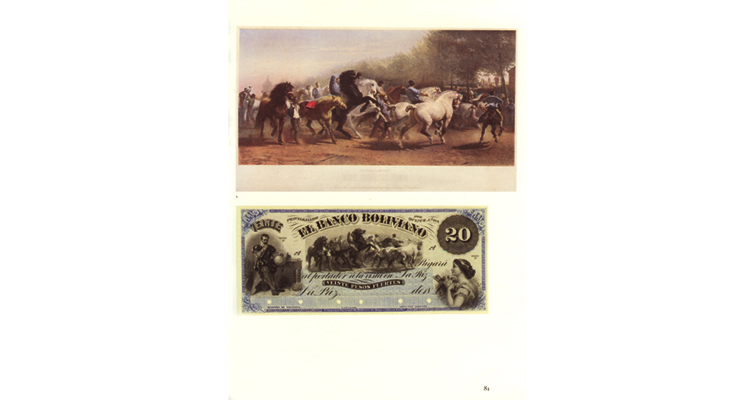 World paper money is featured in the exhibit, including this note from Bolivia showing a number of horses being wrangled by several men. 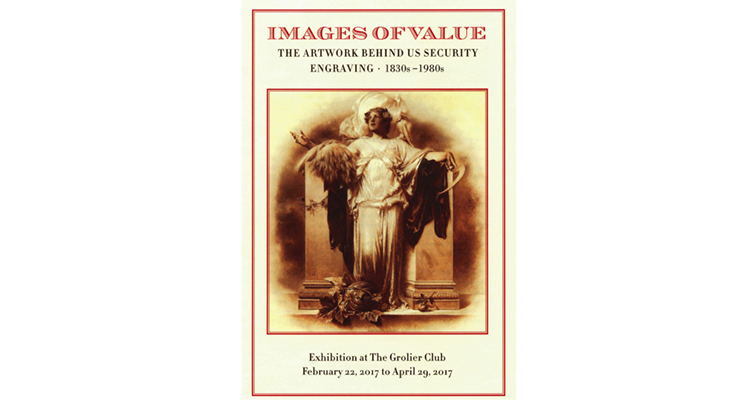 The “Images of Value” exhibit is the subject of a book bearing the same title.

An exhibition at New York’s Grolier Club on the relationship between art, security engraving, and printing was the subject of a lengthy story in The New York Times of Feb. 24. It is rare when the general media devotes as much space as the Times did to a subject of numismatic interest, but a look at the exhibit, its accompanying color catalog, and the story behind it shows that the attention is warranted.

Images of Value: The Artwork Behind U.S. Security Engraving 1830s–1980s, is based on the collection of Mark D. Tomasko, a retired lawyer and longtime collector who is also the exhibit’s curator. The uniqueness of the exhibition is in how it reveals the history behind a financial document’s image — be it federal currency, obsolete currency, a stock certificate, or a bond.

Tomasko calls the exhibition “a panorama of 150 years of art.” On display for the first time is a remarkable range of original wash drawings and paintings, period photographs and prints used by the engravers when engraving the images used on documents of value. Accompanying these are the paper money and certificates on which the engravings appeared.

A world leader in art

A historian as well as a serious collector, Tomasko explains that security engraving was one of the first arts in which the United States became a world leader — as far back as the middle of the 19th century. He attributes this to the chaotic pre-Civil War banking system in which banks in every state issued their own notes, thus creating an enormous need for secure, engraved bank notes. The prime beneficiaries of this demand were firms in New York and Philadelphia and, from the 1860s on, the American Banknote Co. and the Bureau of Engraving and Printing.

On a trip through the exhibit the visitor passes through a series of distinct eras, starting with “The Early Years: Miniature Drawings, 1830s–1840s.” The art here had to be done in the same size as it would be engraved. These vignettes were usually either allegorical figures (mostly female), or genre scenes of early Americana — rural, agricultural, or historical.

“The Golden Age of Vignette Art, 1850s–1870s” shows the period during which seven American bank note firms were producing hundred of bank notes for the issues of state banks, and later, the federal government. The advent of photography allowed the drawings to be made larger since they could be photographically reduced to engraving size. Among the art shown are works by the prolific Felix Octavius Carr Darley and James D. Smillie.

Next came the “Prints and Salon Art of the Mid-to Late Nineteenth Century” when the increased availability of images from an expanded variety of books, journals, and prints and photographs provided a wider array of images than ever before possible.

Finally, by the 20th century, photographs became more commonly used as the artwork source. On view are photographs of Chinese subjects turned into engravings on bank notes for China but produced by American bank note firms, especially the American Banknote Co., for whom China was a best client.

Here we find the star of the show, muralist Alonzo E. Foringer. His large oil paintings of allegorical females produced from the 1910s to the 1940s were seized on by picture engravers who from his work created the best allegorical engravings of the 20th century — a marriage of engraving and art that the Grolier Club says has never been equaled. Although he is known today primarily for a World War I Red Cross poster, Foringer’s real achievement was his bank note art on the stocks and bonds of hundreds of American companies and on at least 50 foreign bank notes.

Robert Lavin followed Foringer and became the second greatest security engraving artist of the last century. His allegorical paintings and paintings of working people from the 1960s through the 1980s (described as “Capitalist Realism”) became the leading picture engravings for stocks and bonds in the late 20th century. Some examples of other artists’ work of the 1950s and 1960s are also shown.

A full-color catalog, Images of Value: the Artwork Behind U.S. Security Engraving 1830s–1980s, with a preface by art historian William H. Gerdts, is sponsored by the Grolier Club’s Committee on Prints, Drawings, and Photographs and is available for $40 at the club, or by mail from Oak Knoll Books, 310 Delaware St. New Castle, DE 19720.

The book’s frontispiece is an intaglio print of the exhibit’s “signature image,” Abundance, an engraving by Robert Savage of a painting by A.E. Foringer. Both the engraving and painting were done in 1927. 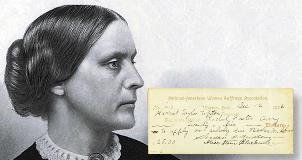