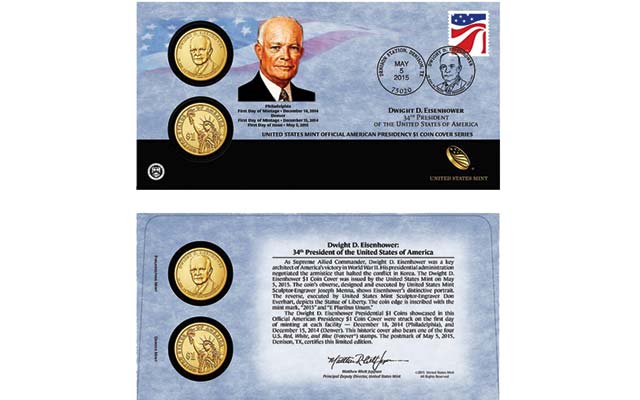 The 2015 Dwight D. Eisenhower $1 Coin Cover containing circulation-quality Presidential dollars from both the Denver and Philadelphia Mints goes on sale May 5 from the U.S. Mint.

Incorporated within the full-color philatelic cachet are circulating production strikes of the Eisenhower dollars dated 2014-D and 2015-P from the first day of production, respectively from the Denver Mint on Dec. 18, 2014, and Philadelphia Mint on Dec. 15, 2014.

The cover also bears a postmark for Eisenhower's birthplace of Denison, Tex., and is dated May 5, 2015, for the first day of issue.