Revised law reduces the number of dealers regulated, substantially reduces the regulatory burden, clarifies the products covered, and expands the range of dealers who are exempt.

Three years ago Minnesota passed legislation that could have had devastating consequences for coin dealers across the country. Despite its name, the Minnesota Bullion Coin Dealer Law covered all coin dealers and regulated transactions that occurred entirely outside of Minnesota. Worse yet, dealers found it impossible to determine which consumers and transactions were regulated under the law. As a result, dealers were at risk of violating the law even when they made good-faith efforts to comply or to avoid doing business in Minnesota.

The MBCDL included many other burden­some requirements, some of which were impossible for most dealers to implement. Failure to comply carried the risk of fines up to $10,000 per violation — even criminal penalties. Many dealers simply withdrew from the state. Collectors and investors suffered from the loss of choice and competition among dealers, and many consumers found they could no longer do business with trusted dealers they had known for years.

If other states adopted the Minnesota law, our business and hobby would be threatened.

Two years and hundreds of hours of work by ICTA led to enactment last May of legislation that removes or limits some of the most bur­densome requirements of the MBCDL. Since passage of our bill, however, we’ve seen some misrepresentations and confusion about its effects. I want to address these questions here.

FALSE: Our bill increased the number of dealers subject to the law.

In fact, we significantly reduced the number of regulated dealers by:

??Limiting the regulated transactions to those that physically occur in the state or where a consumer uses a Minnesota shipping address.

??Excluding from the $25,000 threshold all transactions with non-Minnesota consumers.

FALSE: Our bill increased the regulatory burden on dealers.

In fact, our bill substantially reduced the regulatory burden by limiting or eliminating certain requirements of the MBCDL. For example, we eliminated background check and registration requirements for employees who deal with customers solely for administrative purposes and salespeople who deal exclusively with customers outside of Minnesota. We also eliminated the requirement to routinely file background checks with the regulator.

FALSE: Our bill expands the list of products covered by the law, which increases the number of dealers subject to the law.

In fact, the Department of Commerce had determined that the MBCDL already covered these products (i.e., bars, rounds, and ingots, and platinum products). Specifying these products in our bill was simply a clarification, not a change in how the law is enforced.

FALSE: Our bill reduces the number of small dealers who qualify under the coin show exemption.

In fact, we expanded the exemption. The MBCDL exempted dealers who conduct transactions at “occasional” coin shows. No one knew what “occasional” meant, so many dealers, especially out-of-state dealers, stopped attending Minnesota shows. At various times regulators said “occasional” meant two, three, or as many as six shows. Our bill removed this uncertainty and expanded the exemption by raising the number of exempted shows to 12 per year and excluding out-of-state shows from the 12-show count.

Our bill is not perfect, but it’s a vast improvement over the MBCDL. We’ve developed a good working relationship with Minnesota regulators, who now have a better understanding of our business and know that the vast majority of us are reputable business people. This will benefit dealers who make good-faith efforts to comply with the Minnesota law.

ICTA invested more than $160,000 in passing this legislation. Many dealers who benefit have not yet contributed to this effort.

I urge you to do so now and to become a member of ICTA.

Philip Diehl is vice chairman of the Industry Council for Tangible Assets. He is a former director of the United States Mint and chief of staff of the U.S. Treasury. 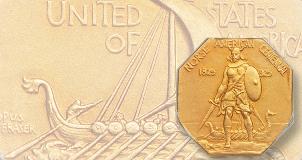 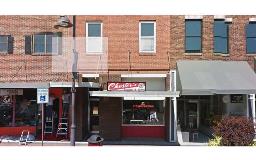