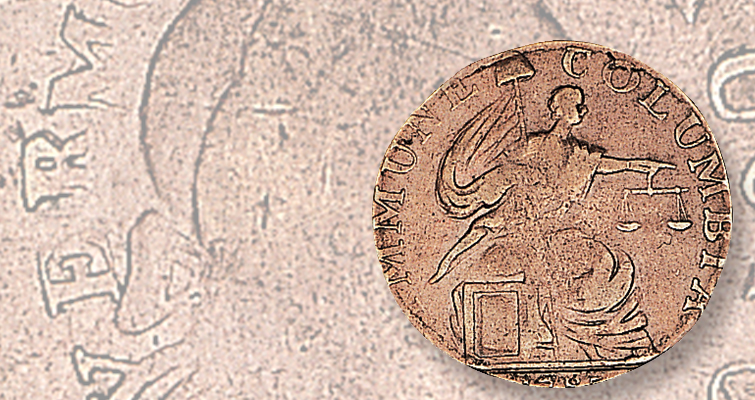 Collectors have a number of options for assembling a representative collection of Vermont copper coins. 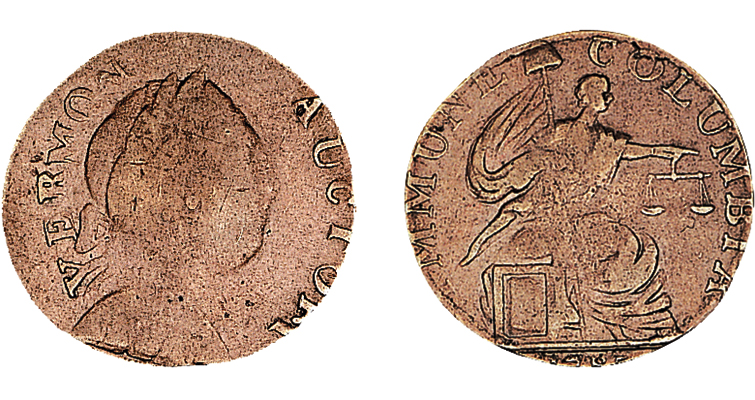 One of the more elusive and expensive Vermont coppers is the poorly-struck 1785 piece with Immune Columbia reverse, which can cost many thousands of dollars. 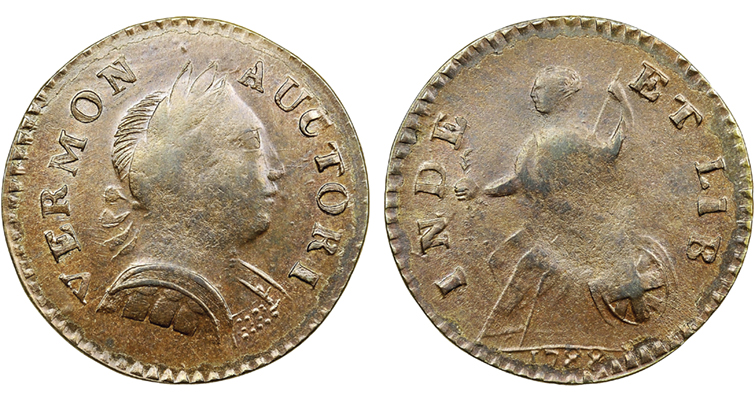 The most common Vermont type is the 1788 Bust Right piece, a nice example of which can cost a few hundred dollars.

It is always fun to assemble a collection coin by coin, over a period of time.

Recently, I have started to do this with Vermont copper coins minted with dates from 1785 to 1788. You can find a nice overview of these on pages 73 to 75 of A Guide Book of United States Coins.

Shown are basic design types. In total, if other die combinations and varieties are counted, there are 39 different.

This is déjà vu for me, as I built and sold a superb collection of die varieties years ago and since then my company has showcased many great pieces at auction. However, among Vermont issues a coin does not have to be great to be desirable. The vast majority sold at auction trade for under $1,000 each.

I discovered numismatics as a young teenager in 1952. One of my favorite books was Early Coins of America, by Sylvester S. Crosby, published by the Boston Numismatic Society in 1875. Particularly interesting to me were the copper coins made by Reuben Harmon Jr. and his partners for the Republic of Vermont dated 1785 to 1788. Vermont did not become the 14th star in the flag until 1791.

The partners in Vermont combined with those under Capt. Machin before coinage in Newburgh commenced. The company operated a new mint in Vermont replacing the first one and also a mint on the stream that furnished the outlet of Orange Pond north of and close by the town of Newburgh.

More than 60 years ago, when I set about building the earlier-mentioned collection of Vermont coppers and also Connecticut coppers by die varieties, most dealers either ignored such coins or stocked them by basic types as listed in the Guide Book. Lower-grade coins had little value. On a visit to Stack’s in New York City, I asked Morton Stack if I could see his inventory of such pieces. He showed me boxes with hundreds of coins in lower grades, say Fair to Very Good or so, that were not worth placing in auction. He made a proposal: I could take them with me, look up their varieties, and pay him $6 per coin for any I kept, plus more if I found rarities. This worked out just fine! Later, Art Kagin of Hollinbeck Coin Company in Des Moines, Iowa, made a similar arrangement with me.

In the early and mid-1950s, the only people who had a deep interest in the Vermont and Machin Mills coinage and corresponded with me were Eric P. Newman, Walter H. Breen, and Kenneth E. Bressett. Today as you read these words, the number of enthusiasts is in the hundreds, and many of them have written articles for the Colonial Newsletter, and the C4 Newsletter of the Colonial Coin Collectors Club.

Indeed, the articles on these two mints, if published as a book, would comprise hundreds of pages!

Today the prices have multiplied along with the number of people interested. Don’t tell anyone, but Colonial and early American coins have been a superb investment for those who have carefully built collections and held them for a period of time. The cheapest Vermont in Good 4 grade in the Guide Book is now $90, and the most expensive is $6,250.

Many coins in Very Good, for example, with full legends and dates, are more desirable to me than those graded Very Fine or Extremely Fine with porosity, planchet defects, or some of the inscriptions off-planchet. Certified and other grades bear little relation to market prices, as you can quickly verify by checking archives on the Heritage Auctions or Stack’s Bowers Galleries websites. Prices are all over the map!