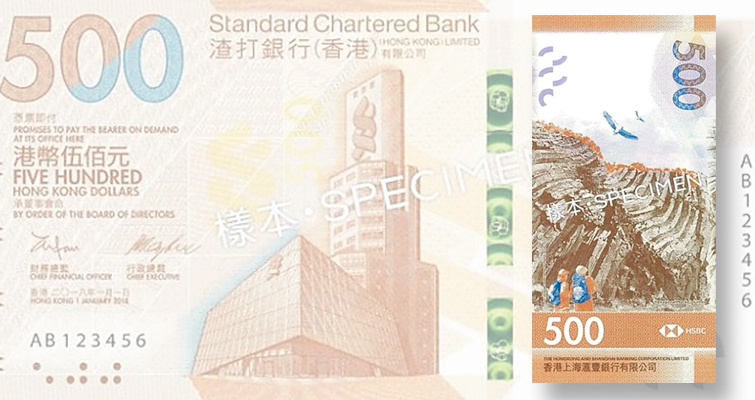 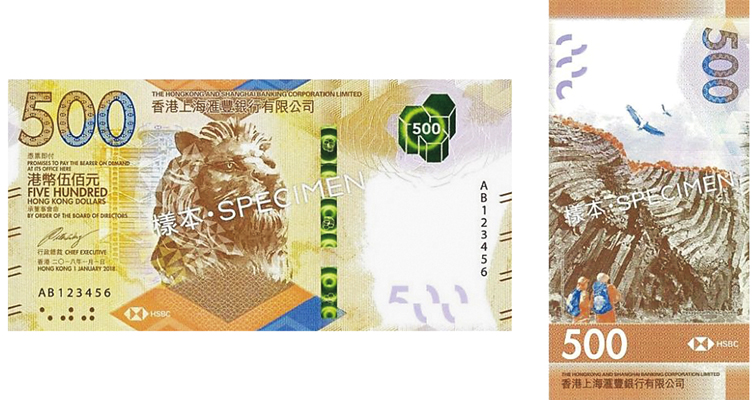 The Hong Kong and Shanghai Banking Corp. will be releasing this $500 note this year. All of the new Hong Kong notes have one side in vertical format. 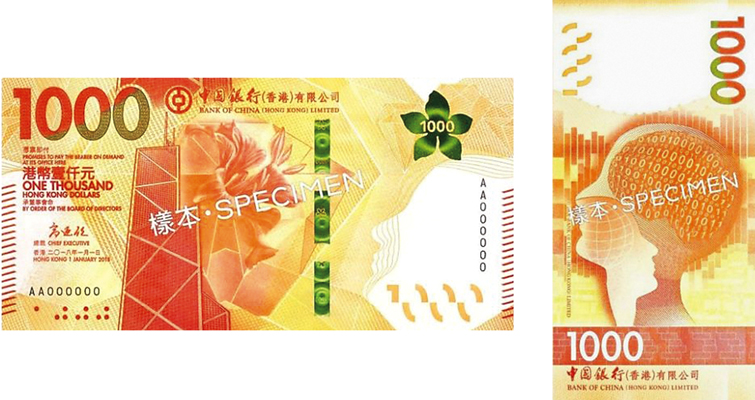 The Hong Kong Monetary Authority, and its three note-issuing banks — Standard Chartered Bank, Bank of China, and the Hong Kong and Shanghai Banking Corp. — announced the issue of a new series of Hong Kong bank notes on July 24. They are the first redesign of Hong Kong’s paper money since 2010.

When the series is complete, collectors will be on the hunt for 15 new notes, five denominations for each bank. The $1,000 and $500 denominations will enter circulation later this year and early in 2019. The $100, $50, and $20 notes will follow later next year and in 2020. The Series 2010 notes will continue to be legal tender and will circulate alongside the new bank notes, gradually being withdrawn as appropriate. One Hong Kong dollar is worth about 13 U.S. cents.

Each denomination in Series 2018 will have a particular color (the $1,000 notes will be basically orange in color and the $500 notes, brown, as examples). They will be the first with one side, the face, printed with a vertical orientation. The Hong Kong Monetary Authority says that for the first time, also, the themes on the back will be standardized for each denomination so it will be easier for the public to recognize them. The subjects represent different aspects of Hong Kong and are interpreted differently by each bank.

The $1,000 notes depict each bank’s representation of the position of Hong Kong as an international financial center, while the $500 notes show scenes of the Hong Kong UNESCO Global Geopark, called by UNESCO a “unique Geopark in the City.” Cantonese opera, as part of Hong Kong’s art and cultural legacy, will be the theme of the $100 notes, the butterflies that inhabit Hong Kong appear on the $50 notes, and dim sum and tea culture is the $20 notes’ theme.

The $100 note, though not yet released is already the subject of a bit of controversy. Quartz, an online international business journal, reports that the Bank of China’s version of the note is being ridiculed in some circles, with the painting of a female Cantonese opera singer being compared to the “hell money” used in some East Asian burial ceremonies. The ceremonial “money,” obviously fake fantasy notes, are used as burnt offerings in memory of the deceased. 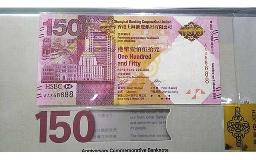 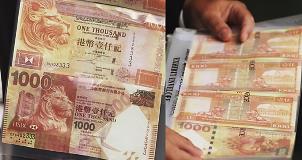