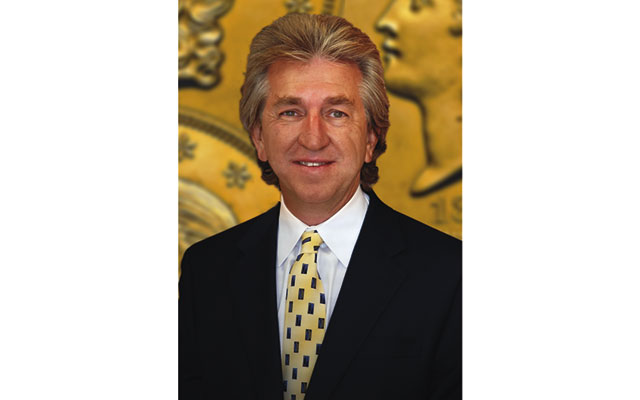 Voting members of the American Numismatic Association have chosen three new candidates and six incumbents to the ANA Board of Governors for the 2015-17 election term.

New members Steve Ellsworth, Donald Kagin and Paul Montgomery will join Walter Ostromecki, Greg Lyon, Ralph Ross and Tom Mulvaney on the Board of Governors along with President-elect Jeff Garrett and Vice President-elect Gary Adkins. Both Garrett and Adkins ran unopposed. In accordance with ANA bylaws, ballots for uncontested offices are not tabulated. Only the first vote is counted in both of those races.

In the event that any of the new board members cannot serve, the next-highest vote-getter will fill that seat for the rest of the two-year term.

The new board members will be sworn in at the annual ANA Banquet on Friday, Aug. 14, at the World's Fair of Money in Rosemont, Ill. Garrett will become the Association's 59th president, succeeding current President Ostromecki.

Kagin returns to the board after previously serving on the Board of Governors from 2003-07.

ANA members had the option to vote by either electronic or paper ballot. Out of 5,424 total votes, 4,951 were cast by paper ballot while another 473 members voted electronically. Twenty ballots were declared invalid, reducing the total vote count to 5,404.

Members who voted electronically were asked to rate the online voting system. Of the 428 members responding to the survey, 96.7 percent ranked their online voting experience with a rating of “satisfied” or “very satisfied.”

This is the second ANA election to utilize online voting. In 2013, out of 5,542 total votes, 5,037 were cast by paper ballot while another 505 members voted electronically. Comparatively, there were 5,850 ballots returned in the 2011 election. The 2009 election saw 8,479 ballots returned. In those elections, one ballot was mailed to every Association member who was eligible to vote. In the 2013 election, members had the option to sign-up for electronic voting; members who did not sign up for electronic voting were sent a paper ballot.

Overall, 20,343 ANA members were eligible to vote in this election; 26.66 percent of eligible voters participated. To be eligible to vote, members have to be at least 13 years old and a member of the Association for at least one year as of March 31 of the election year.

The election was conducted and tabulated by Survey & Ballot Systems of Eden Prairie, Minn. Results of the election were announced via an online broadcast on the ANA's YouTube page and on Money.org.