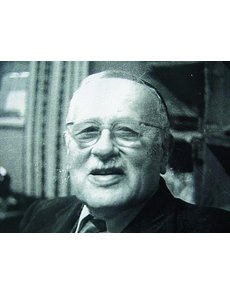 The coins in the hoard were once owned by German refugee Martin Sulzbacher, who returned to the United Kingdom in 1942 to discover the coins missing from the safe deposit box where he left them. 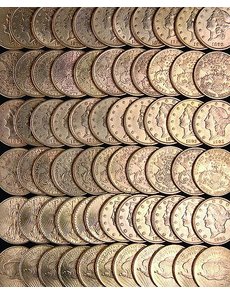 All images courtesy of www.mortonandeden.com.

U.S. gold coins discovered in the garden of a London home, where they were buried in fear of a Nazi invasion during World War II, recently sold for more than $150,000 in U.S. funds.

The coins were sold Nov. 29 during an auction conducted by London auctioneers Morton & Eden, with 67 coins offered as one lot, and an additional 10 coins sold individually.

The story behind the coins is both bittersweet and uplifting, wherein a family that could not escape Nazi atrocities even after fleeing to Great Britain eventually experienced restoration of some property in an unusual case of treasure law in the United Kingdom decades after the end of World War II.

The hoard of 80 gold $20 double eagles from the United States survived the war, rediscovered in two groupings, in 1952 and 2007, but five members of the family that buried the coins did not. The heirs, however, would be reunited with the portion of the hoard discovered in the 21st century.

Martin Sulzbacher, a German banker who emigrated to the United Kingdom in 1938 shortly before Kristallnacht, was declared an “enemy alien” by British authorities in 1940 and sent abroad during the war, on the Arandora Star, which was torpedoed by a U-boat off the coast of Ireland on its way to Canada. After surviving that attack, Sulzbacher was sent on another ship, to Australia, and later sent to the Isle of Man, where his wife and children had been sent.

His family, including a brother, Fritz, who was a citizen of the United Kingdom and remained there, removed the coins from a safe deposit box at a bank, prior to the Blitz, and buried the coins at the family’s London home, fearing, if the Nazis were to invade, that coins in a bank would be seized, as had been done with similar property in the Netherlands.

Fritz Sulzbacher and four family members perished in a direct hit on their home from a German bomb during the Blitz, and the location of the coins was lost with them.

Upon returning to the United Kingdom in 1942, Martin Sulzbacher learned the coins had been buried and mounted unsuccessful efforts to recover them. One jar of 82 coins was discovered during a construction project in 1952; according to the British Museum, the coins were awarded to Sulzbacher. Sulzbacher died in 1981 with the whereabouts of half of the treasure still unknown.

The remaining portion of the hoard was discovered by Terence Castle and a friend in 2007 as they dug a pond in a garden in Hackney, a borough in east London; the find was announced Oct. 18, 2010, and during a treasure inquest earlier this year it was announced that a surviving family member had been located in Israel.

Because Max Sulzbacher, 81, Martin’s son, was located, the treasure was awarded to him rather than becoming, technically, crown property. The Treasure Act 1996 was intended to deal mainly with older coin hoards, often dating back to Roman or Celtic times. This is the first time since the act came into force in 1997 that an original owner or descendant made a successful claim for an item that otherwise would have been declared treasure, according to the British Museum, whose Portable Antiquities Scheme manages treasure finds in the United Kingdom.

The Sulzbachers donated a 1908 Saint-Gaudens $20 coin from the hoard to the Hackney Museum for display together with the jar and wrappings in which the hoard was found.

Sulzbacher and his three siblings retained two coins (an 1888-S and a 1913 example), and offered the remaining 77 coins for sale.

The gold $20 double eagles in the hoard were struck from 1854 to 1913, stretching across two different design types, the Coronet design in use from 1849 to 1907, and the Saint-Gaudens design inaugurated in 1907.

The hoard comprises mostly common issues struck at the Philadelphia or San Francisco Mints. Two coins in the hoard, one per facility, represent the Carson City Mint and Denver Mint.

All the coins were carefully wrapped in grease-proof paper and stored inside a glass jar.

A total of 51 coins in the hoard were struck at the San Francisco Mint, with 27 from the Philadelphia Mint.

Contents of the hoard are concentrated in the 1894 to 1913 date range, with 48 coins in that range. The type having the most examples is the 1908 Saint-Gaudens coin struck at the Philadelphia Mint, with 17 coins. In addition, a single example of the 1875-CC Coronet double eagle was found.

The family said it would use proceeds of the auction to reward those who found the coins and the local historian who notified the coroner about the 1952 discovery, which was necessary to connect the 2007 find with the family. In addition, the Sulzbachers were going to renovate the graves of their relatives who were killed in the Blitz, in preparation for staging a dedication ceremony at the graves on the 71st anniversary of the tragedy.