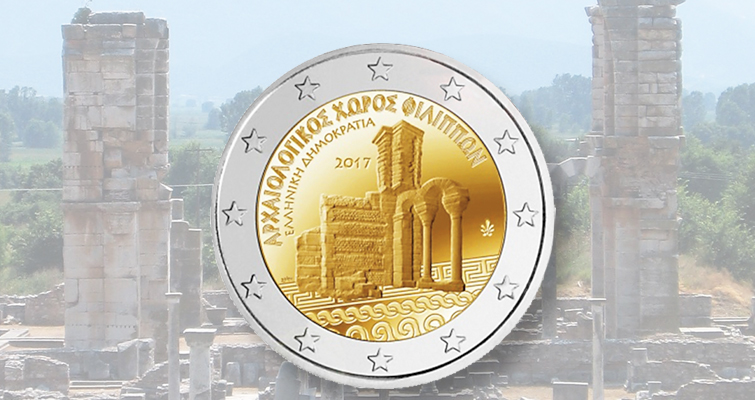 The ancient city of Philippi appears on a forthcoming circulating commemorative €2 from Greece.

Greece is issuing a circulating commemorative €2 coin to celebrate the ancient settlement of Philippi.

An image of the archaeological site featuring part of Basilica B, and linear motifs inspired by a border pattern from an ancient Greek mosaic discovered at the site appear on the obverse of the coin.

Inscribed along the inner circle are Greek inscriptions translating to “Archaeological Site of Philippi” and “Hellenic Republic.” Also inscribed in the background is the year of issuance 2017 and to the right a palmette (the Mint mark of the Greek Mint). Visible at the lower left is the monogram of the artist, George Stamatopoulos.

The city was renamed by Philip II of Macedon in 356 B.C. and abandoned in the 14th century after being conquered by the Ottomans. 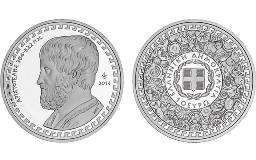 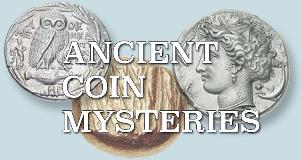