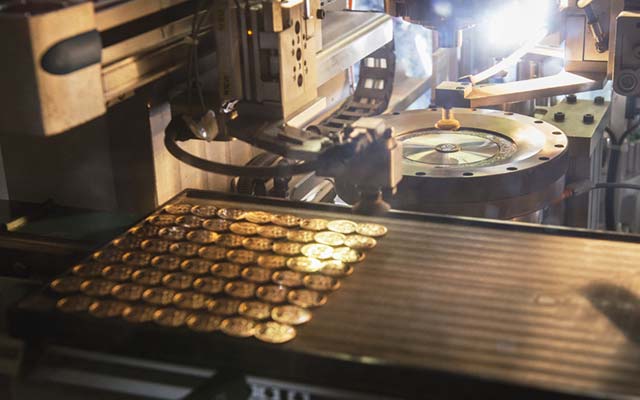 Gold sovereign bullion coins emerge from a press at the Royal Mint.

The Greek debt crisis has led to a major increase in the Royal Mint's sale of gold Sovereign bullion coins to Greek customers, according to The Wall Street Journal's MoneyBeat blog.

The Journal quoted a Royal Mint statement that declared gold demand from customers in Greece was twice the expected demand in June.

"Gold is traditionally considered a safe-haven asset and demand tends to spike in times of heightened risk," the post reads.

Read more about the melt.

"Franklin half dollars are popular with collectors in Proof because the spare design just looks good as a Proof, with deeply mirrored fields and — sometimes — frosty devices."

The first post of this week's Market Analysis focuses on a 1950 example.

"In 1993, the U.S. Mint honored World War II with three commemorative coins, including a silver dollar emblematic of D-Day, when some 176,000 Allied soldiers stormed the beaches of northern France."

Kitco.com listed the following prices per ounce as of 11:35 p.m. ET Tuesday: