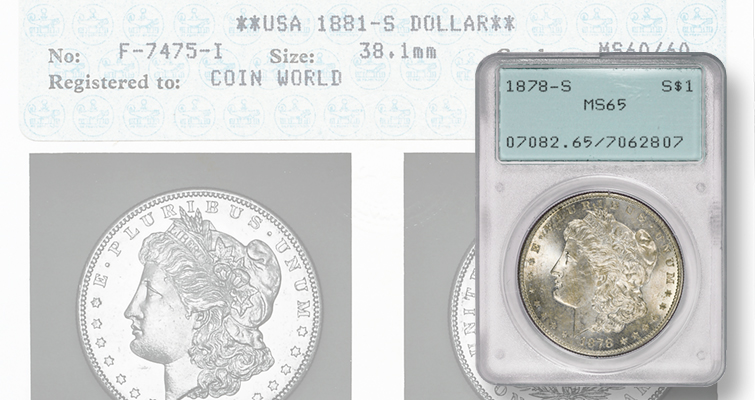 The Professional Coin Grading Service was founded in 1986 and changed the market. PCGS-certified and -graded coins, with an insert identifying a coin and its grade, were placed in sonically sealed holders that would gain the nickname “slabs.” Before that, ANACS issued photo certificates with coins.

Images courtesy of PCGS and ANACS.

One milestone being celebrated this year stands above all others in terms of profound change to the U.S. coin market: launch of the Professional Coin Grading Service on Feb. 3, 1986.

Inconsistency in grading and whether to use words or numbers to describe the surface condition or “grade” of a coin dominated the headlines and opinion columns of Coin World and other publications in the first four years of the 1980s. During 1985 the decibels seemed to grow louder almost weekly, with most of the ire directed at ANACS.

ANACS — the then acknowled­ged leading third-party grading service by volume of coins graded — was operated as a separate division of the nonprofit American Numismatic Association, the largest coin collector organization.

The chief complaints against ANACS were lack of grading consistency and long turnaround time. Due to backlog, a three- to four-month wait had become the norm. Also, switching of ANACS photo grading certificates was eroding confidence in the market.

The Jan. 29, 1986, issue of Coin World reported in its news columns that a new third-party grading service would be launched on Feb. 3. Few remember the news story. What grabbed everyone’s attention was a two-page advertisement proclaiming Professional Coin Grading Service to be “the solution” to grading problems in the U.S. marketplace.

In big bold type the ad announced: “Seven of the world’s top rare coin experts have pooled their knowledge to offer you the answer to the grading question and three of the coin industry’s most reputable coin firms have come together to offer you instant numismatic liquidity and the ultimate grading guarantee!”

In addition to using a team of tested, expert graders, the new grading service would offer a network of dealers to purchase PCGS-graded coins sight-unseen at current bid; use About Uncirculated grades of 53, 55, and 58 and all 11 Mint State grades; and, to ensure that the grades could not be switched, sonically seal each coin in a special inert clear hard plastic holder showing the grade of the coin.

Additionally, the PCGS guarantee broke new ground. PCGS would guarantee both the authenticity and grade of a coin and would back its guarantee with a cash-back policy as long the coin remained in its original tamper evident holder.

PCGS has revolutionized the coin market, not only in the United States, but worldwide. 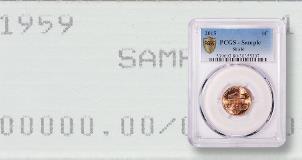