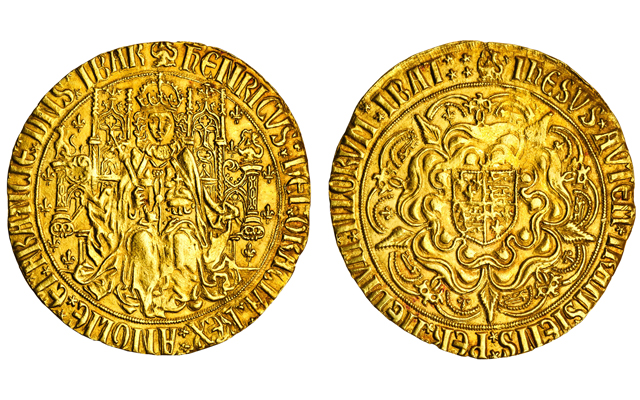 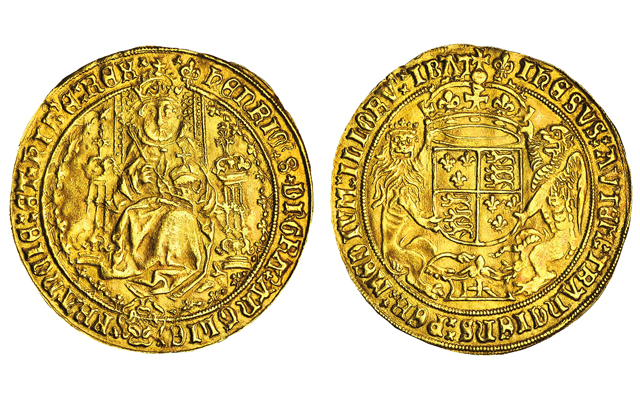 As a result Spink now holds the new world record for the highest price realized for a Tudor coin at auction.

A coin of Henry VII, who reigned from 1485 to 1509 and was victorious at the Battle of Bosworth, was the highlight of the auction and established the record price.

This type III sovereign, a masterpiece of Renaissance art, is one of the finest of the issue. It sold for £372,000 ($582,585 U.S.) against a conservative estimate of £120,000 to £160,000. So rare is it that pieces of such quality and historic significance come up for sale, this lot was described as a landmark opportunity for collectors.

The coin has a provenance dating to the 1950 purchase by Baldwin’s of the E.C. Carter Collection.

The auction house identified the coin as Extremely Fine.

This piece boasts a remarkable provenance, first being recorded in the 1854 Cuff sale and passing through eminent hands such as Lord Hastings, Bernard Roth and finally the Ryan collection. Indeed it has been 64 years since the Ryan sale, the last time this piece came to auction.

The auction house identified the coin as in EF condition.

The gold Sovereign still issued every year by the Royal Mint was introduced by Henry VII from 1489, so called as the design showed the King in all his majesty – worth one pound as it still is nominally.

For further details of the auction, visit the firm’s website.