Gold siege coin of Vienna from 1529 in auction 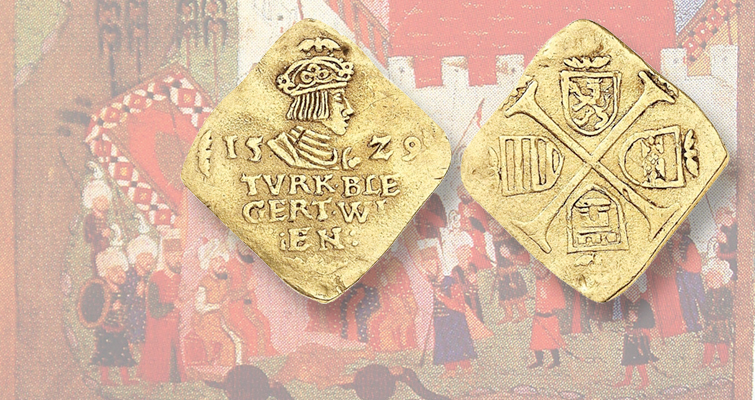 A gold ducat klippe from 1529 was struck in Vienna during the Ottoman siege on the city.

The siege of Vienna in 1529 was the first of two sieges conducted by the Ottoman Turks against the city (a later siege was in 1683).

After a successful military campaign in Hungary, the Ottoman Sultan Suleiman I advanced on Vienna with an enormous force in the fall of 1529. However, due to poor weather and a strong defense of the city, he was soon forced to abandon the siege.

This event was a high water mark for the Turkish expansion. For more than a century afterward, the Ottoman Empire would not have the power to threaten central Europe.

During the first siege, a number of coins were issued to meet demand inside Vienna.

An example of this coinage, a 1529 gold ducat klippe of Ferdinand I, is offered March 20 in Fritz Rudolph Künker’s auction No. 336, one of four auctions being held over five days in Osnabrück, Germany.

It depicts a Ferdinand I on the obverse, with the crowned heraldic shields of Bohemia, Lower Austria, Castile and Hungary on the reverse.

The Habsburg-led Holy Roman Empire and the Ottoman Empire were two of the driving forces during the late renaissance/early modern periods in Central Europe.

In 1529, the strength and extent of the Ottoman Empire was at its zenith, and under Sultan Suleiman the Magnificent, its forces met with Ferdinand’s, who sought to hold back further expansion of the rival empire.

The defenders of the Vienna took drastic but usual measures to keep the city: the walls were reinforced, all but one of the gates were bricked, most of the buildings outside the city walls were demolished to allow no cover for the Ottomans, and 28 boats composing a flotilla were burned.

The Ottoman army initially tried to dig tunnels under Vienna’s city wall in order to break down the wall.

Due to a poor supply situation and the approaching winter, a longer siege was ruled out. Sultan Suleiman then decided to break off the siege.

In the city, siege money circulated, having been made from melted-down gold and silver equipment.

The offered coin is Very Fine, according to the firm, and has an estimate of €1,500 ($1,628 U.S.), though that is about one-half to one-third of what similar or slightly worse examples have sold for in recent years. 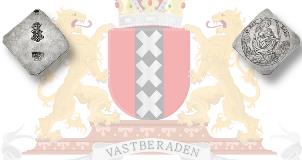 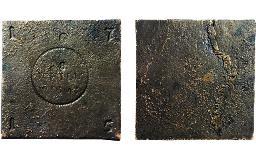 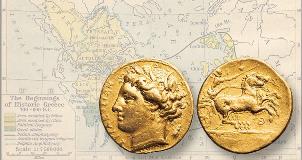