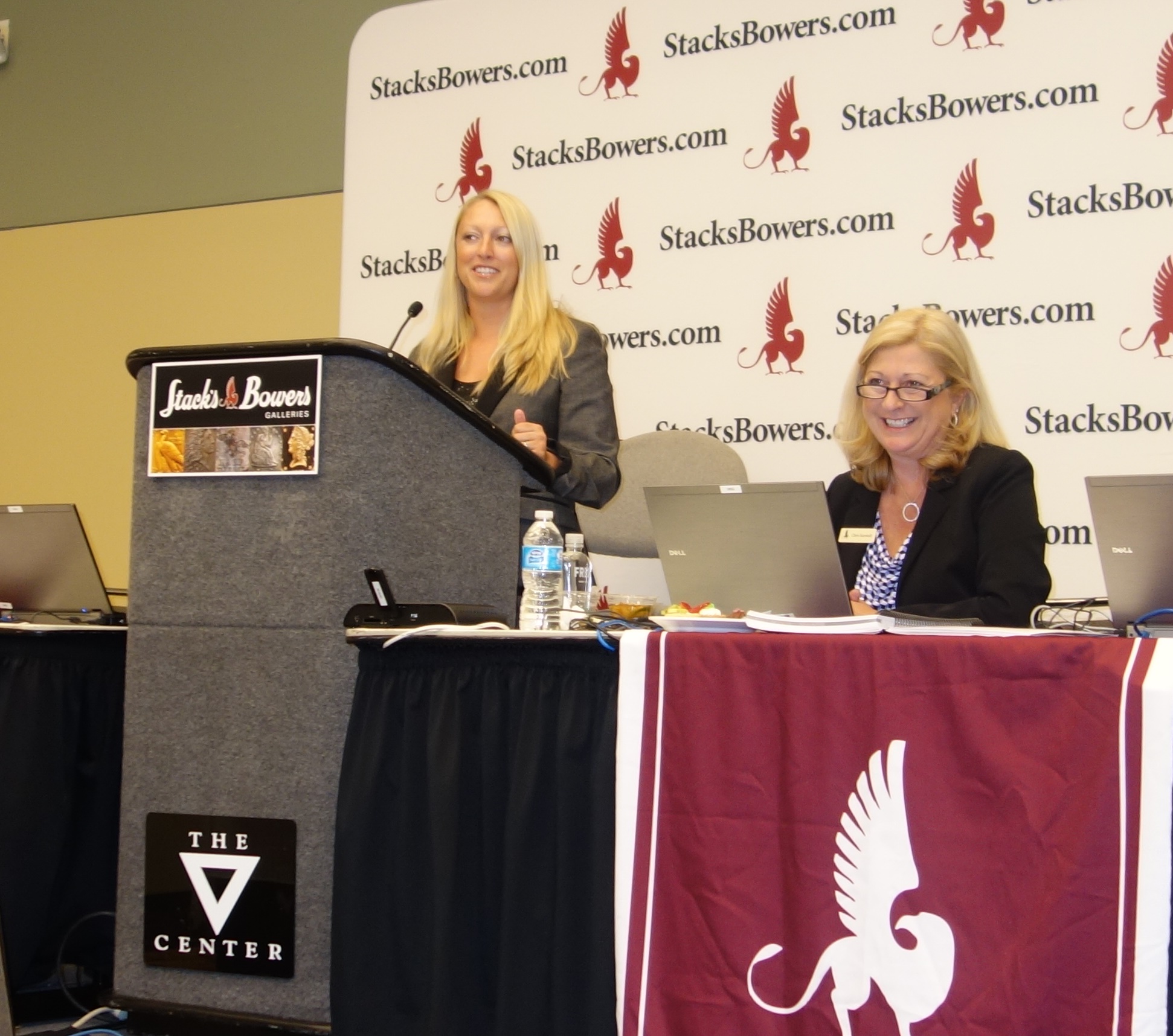 Stack’s Bowers Galleries’ auctioneer Melissa Karstedt is at the auction podium selling a gold Nobel Peace Prize medal for $1,116,250 on March 27 in Baltimore. At right is Christine Karstedt, the firm’s executive vice president. ,

Brian Kendrella, Stack’s Bowers Galleries president, said that the winning bidder was an individual collector from Asia who wishes to remain anonymous.

The medal was noteworthy as the first Nobel Peace Prize medal to be auctioned in the United States.

The last time one sold at auction was in November 1985 when Sotheby’s sold the Nobel Peace Prize medal award of Sir William Cremer from 1903, for the U.S. equivalent of roughly $16,750 at a London auction.

Lamas was an Argentine politician and academic. Born in Buenos Aires, Argentina, in 1878, he was also the first Latin American Nobel Peace Prize recipient. Among his most noted accomplishments was his role in negotiating the end of the Chaco War between Paraguay and Bolivia.

As foreign minister of Argentina, he worked to strengthen his country’s position internationally and was elected president of the Assembly of the League of Nations in 1936. He would finish his career in several academic roles, including as president of the University of Buenos Aires. He died in 1959.

Stack’s Bowers reported that the location of the medal was unknown after the death of Lamas and that it turned up in a South American pawn shop where an American purchased it around 20 years ago for its bullion value. It traded hands several times prior to being acquired by the collector whose estate consigned the medal to auction.

The auction was held during the first day the Whitman Expo in Baltimore, March 27 to 30.