Gold ATM outside Stack's Bowers gets attention all over Internet 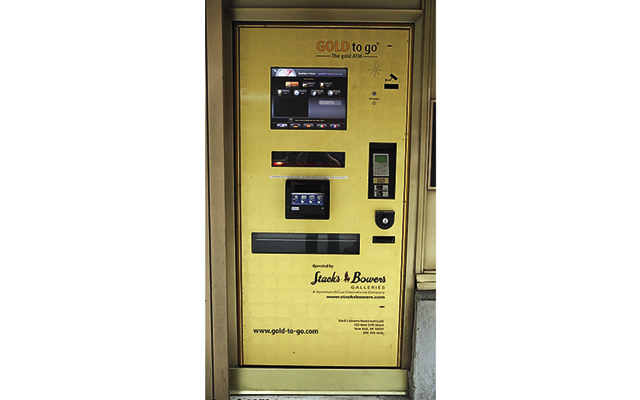 The "GOLD to go" ATM outside the Stack's Bowers New York shop, photographed here by Nick Carr of Scouting New York, was a hot topic on the Internet Wednesday. 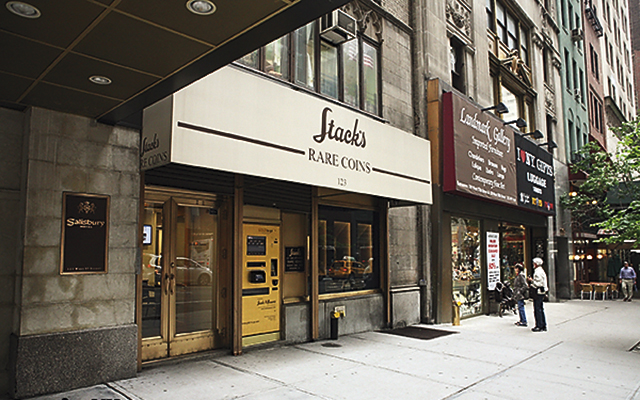 The "GOLD to go" ATM outside the Stack's Bowers New York shop, photographed here by Nick Carr of Scouting New York, was a hot topic on the Internet Wednesday.

An ATM that exchanges user’s cash for gold outside the Stack’s Bowers shop in New York City has gone viral.

The tall, rectangular gold machine set back into the exterior wall of Stack’s Bowers and emblazoned with the firm’s logo recently caught the eye of movie location scout Nick Carr, who wrote up an online post Wednesday on Scouting New York that was quickly picked up by Gothamist, New York Magazine, Death and Taxes, and even Barstool Sports NYC.

"A part of me wanted to buy a small gold bar just to do the classic cowboy movie bite test, but I don’t think the standard Citibank ATM would allow me to re-deposit it,” Carr wrote.

The machine grabbed Coin World’s attention back in 2012, when Stack’s Bowers unveiled its first "GOLD to go” ATM at the Golden Nugget Casino in Atlantic City.

The GOLD to go ATM updates its prices every 60 seconds based on current precious metals spot prices. Stack’s Bowers Galleries will offer a variety of gold and silver bar and coin products, with weights ranging from 5 grams to 1 troy ounce, according to the firm. Every product is quality certified and produced by recognized manufacturers and world mints, and each item is dispensed in a premium and elegant gift box, according to Stack’s Bowers Galleries.

At that time, more than 30 such gold ATM machines operated worldwide, including 21 in Germany.

The "GOLD to go” machine is manufactured by TG-Gold-Super-Markt and is referred to on that company’s website as "the world’s first gold vending machine."

Andrew Bowers of Stack’s Bowers was quoted by Gothamist in the recent news coverage as saying the machine is one of three in the United States as of last year. He said “lots of people come in and take pictures and use it.”