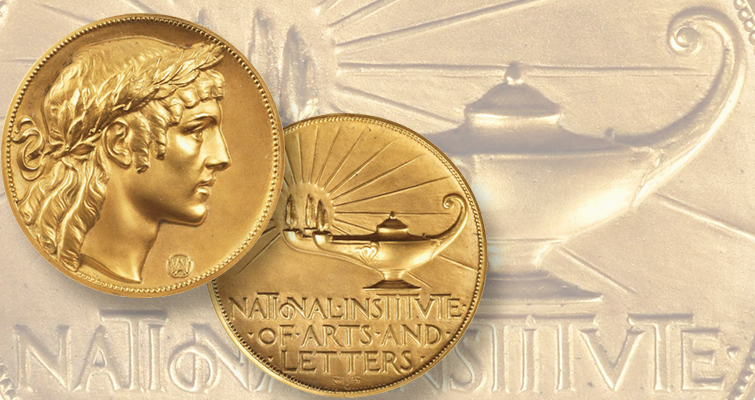 Adolph A. Weinman, designer of two of the most beautiful U.S. coins, was also a designer of medals, including a gold medal for the National Institute of Arts and Letters. 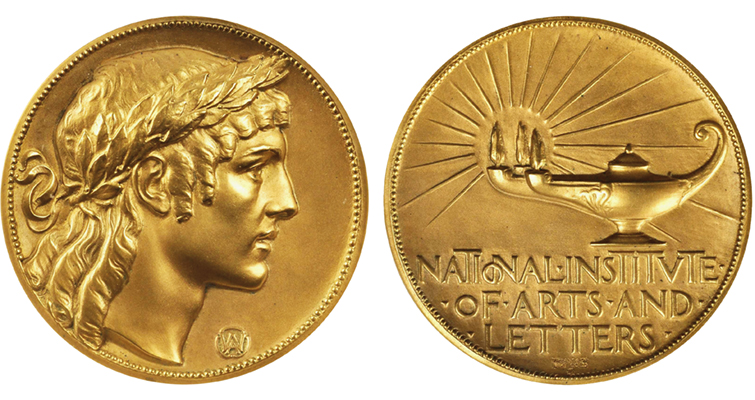 Weinman was a member of the organization, which is now known as the American Academy of Arts and Letters, and designed the medal in 1909.

For many collectors of tokens and medals, gold medals are out of reach. The value of the gold makes many expensive, out of the range of the casual collector, and some have only modest artistic merit. Others were awarded to recipients whose accomplishments are lost to history. Many gold award medals that likely were coveted by their recipients and their loved ones at one time often meet the melting pot.

Stack’s Bowers Galleries’ March 21 auctions at the Whitman Baltimore Expo offered a number of medals that showcase the historical beauty of the best of these gold award medals. Among them is an issue designed by a prominent designer of U.S. coins.

Adolph A. Weinman is best-known to collectors as designer of the Walking Liberty half dollar and the Winged Liberty Head dime. He also designed many gorgeous medals including the gold National Institute of Arts and Letters medal.

Weinman was a member of the organization, which is now known as the American Academy of Arts and Letters, and designed the medal in 1909. The organization’s first award for sculpture was presented to the widow of Augustus Saint-Gaudens (the sculptor died in 1907) and the award is still presented to “any citizen of the United States, whether a member of the Institute or not, for distinguished services to arts and letters in the creation of original work.”

Stack’s Bowers sold a cast gold example measuring 57 millimeters in diameter and graded Mint State 66 by Numismatic Guaranty Corp. for $6,600 on March 21. It was awarded to American educator and historian William M. Sloane in 1927 and his name and the award date are recorded in a recessed panel around the edge. 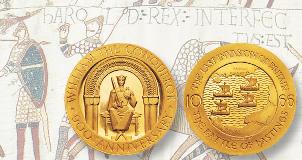 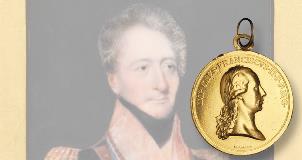