Germany to honor maritime search and rescue service with coin 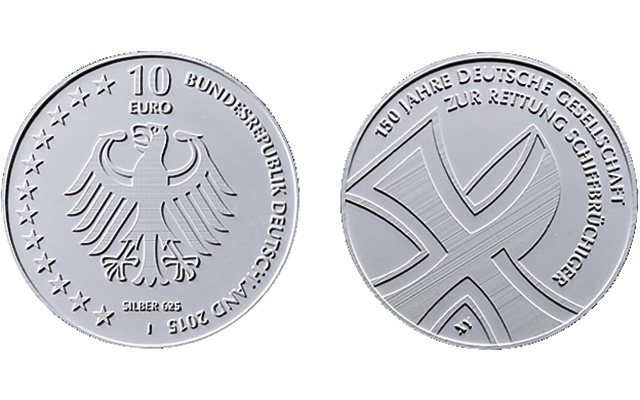 A society that provides maritime search and rescue operations in Germany is the subject of a 2015 commemorative €10 coin.

The theme was announced by Germany’s Federal Ministry of Finance.

The coin will honor the 150th anniversary of the Deutsche Gesellschaft zur Rettung Schiffbrüchiger, the German Maritime Search and Rescue Association.

The coin pays tribute to the long history of a company that rescues people in danger on the North and Baltic Seas.

The reverse of the coin, designed by artist Joachim Dimanski in Halle, shows the Hanseatic Cross merged with a lifeboat in an almost abstract design.

The obverse depicts the German eagle, the 2015 date, the name of Germany in German, the denomination, the 12 stars of Europe and the J Mint mark, indicating that the Hamburg Mint will strike the coin.