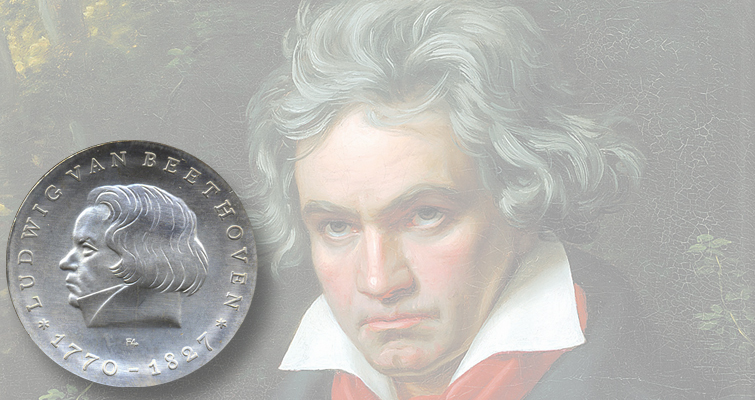 Composer Ludwig von Beethoven appears on a silver 10-mark coin from East Germany. The coin marks the 200th anniversary of his birth. 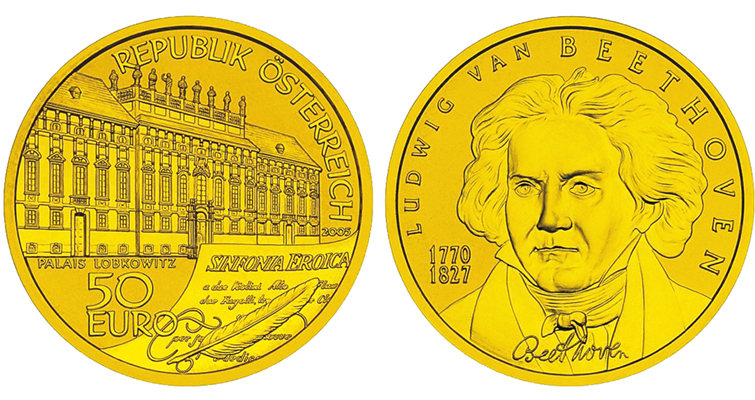 In 2005, Austria issued a gold €50 coin celebrating the European Anthem. The song is taken from Beethoven’s 9th Symphony, an “Ode to Joy.”

Editor's note: this is the second part of a story by Coin World Senior Editor Jeff Starck about musicians on coins. The full article appears in the June monthly issue.

Although a native of Bonn, Germany, Beethoven moved to Vienna in 1792 at the age of 22 accepting Joseph Haydn’s invitation to study with him. He composed most of his work in or around Vienna, the music capital of the world. In 1795, Beethoven made his first public appearance as a pianist and composer in Vienna.

Despite being afflicted with advancing deafness from 1802 onwards, he continued to compose up to the last years of his life. Beethoven died in Vienna March 26, 1827. In Vienna, schools were closed the day of his funeral, and 20,000 people paid their last respects.

The obverse of the coin depicts the façade of the Palais Lobkowitz, located in Vienna, and a simplified version of the title page of the Eroica Symphony, with a quill below.

The reverse has a portrait of Beethoven with the dates of his birth and death, as well as his signature. A drawing from 1818 by August Kloeber served as model for this portrait.

The coin highlights one of Beethoven’s earlier symphonies — the 3rd, or Eroica Symphony. Beethoven originally dedicated his work to Napoleon Bonaparte when he wrote it.

However, after Napoleon crowned himself Emperor of the French in 1804, Beethoven angrily erased Bonaparte’s name from the title page, leaving a hole behind. He rededicated the symphony to his benefactor, Prince Lobkowitz, in whose palace the first public performance was given in 1805.

Beethoven’s musical contributions are well documented, but are represented on far fewer coins than his contemporary, Mozart.

The main coin of note is an East German commemorative silver 10-mark coin from 1970, which marks the 100th anniversary of Beethoven’s death.

The obverse carries the common state arms of East Germany and the reverse depicts a clean, sleek design with a profile bust of the artist, his name and the years 1770–1827, indicating his lifespan.

Bonn, Germany, celebrated Beethoven in 1920 on three pieces of notgeld, or emergency money, denominated 10-, 25- and 50-pfennig.

These were issued at the time that notgeld was becoming less of a necessity and more of a commemorative collectible, and so are relatively abundant and affordable.

At least one modern Austrian coin showcases the song stylist, however.

The reverse side of the coin shows the old Kärntnertor Theatre (“Theatre at the Carinthian Gate,” which stood near the present Opera House until 1870). It was here that Beethoven’s 9th Symphony with the “Ode to Joy” was first publicly performed. The opening notes of the melody in the symphony itself and a cameo portrait of Beethoven complete the design.

Music styles change and fade in and out of popularity, and there is hardly a sharper division between the music of Beethoven and our next subject. 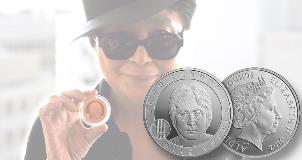 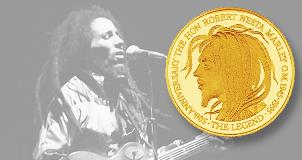 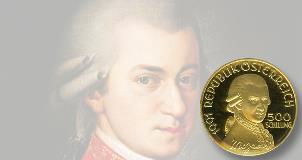