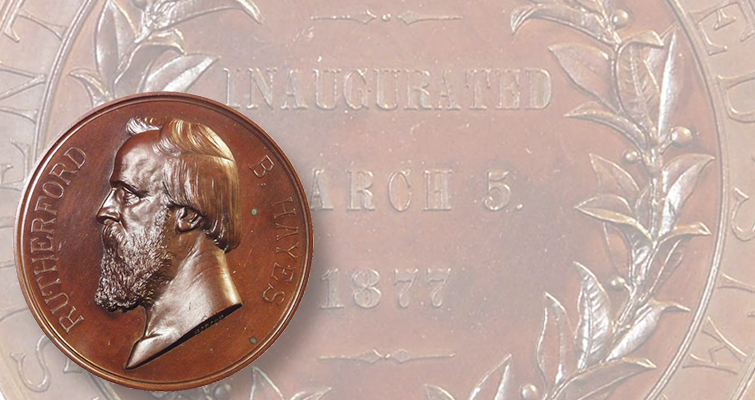 A finely detailed portrait of our 19th president, Rutherford B. Hayes, boldly fills the obverse of his inaugural medal. 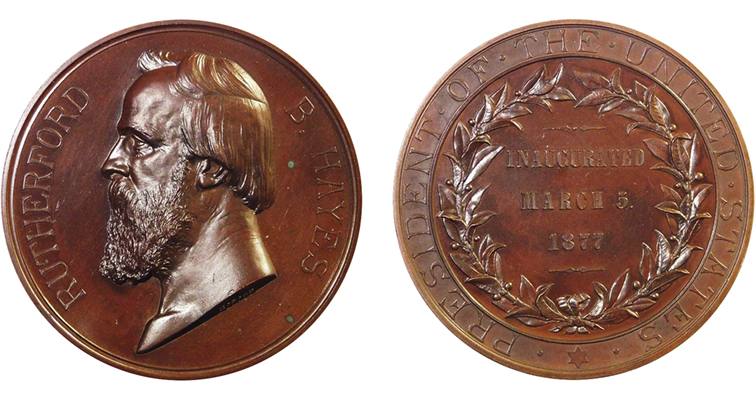 The date of Hayes’ inauguration is the central detail of the reverse. 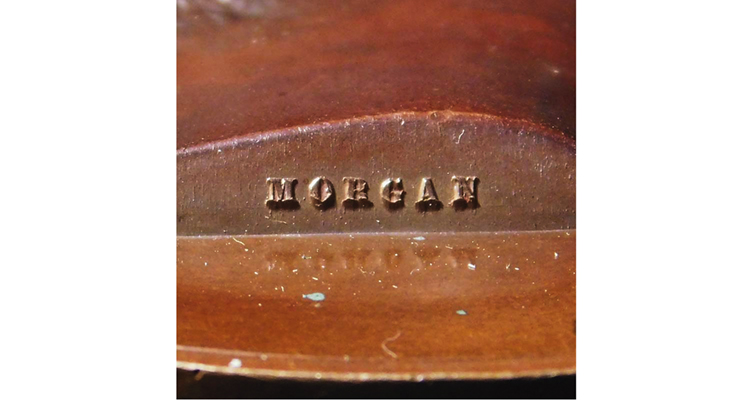 The medal’s high relief provided ample room on the truncation of the bust for the artist’s last name. 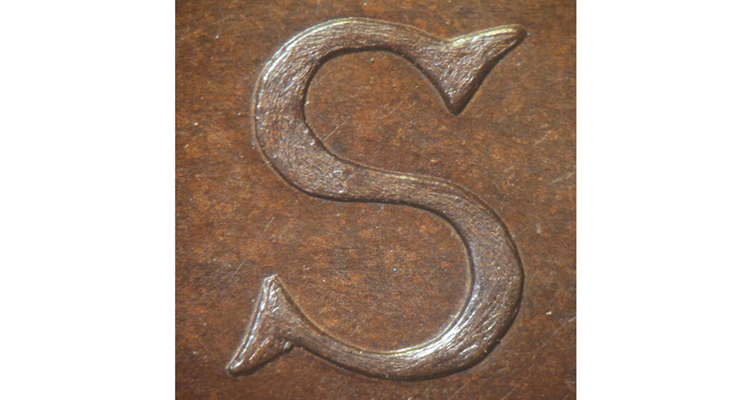 Close examination of the obverse lettering reveals graver strokes from Morgan’s own hand.

On March 2, 1877, only three days before the presidential inauguration, Rutherford B. Hayes won the disputed election by a single electoral vote after several months of wrangling by the Electoral Commission of 1877. Hayes had lost the popular vote in November 1876 to Samuel Tilden by more than 250,000 votes.

For numismatists, one of the most significant legacies of the Hayes administration was the passage of the Bland-Allison Act over the president’s veto. The law mandated creation of a new standard dollar — the coin we now know as the Morgan dollar. In the fall of 1876, a then 30-year-old George T. Morgan immigrated to the United States from England to take a position as the assistant engraver at the Philadelphia Mint. He immediately set to work on several projects, including variations on designs that would become the dollar and the inaugural medal for the new president.

I recently had the opportunity to closely examine an original example of the Hayes medal. Morgan captured a bold and flattering image of Hayes, rendered in very high relief. The base of the portrait had plenty of room for the artist-engraver to discreetly fit his entire last name as a signature on his work, as opposed to his typical M initial found on most of his creations. The reverse is in a lower relief, with the title PRESIDENT OF THE UNITED STATES encircling the exterior. A laurel wreath surrounds the date of the inauguration.

One of the more remarkable features of an original example is revealed when the lettering is closely examined. While some of the lettering was set into the die from punches, other lettering is clearly engraved directly into the die. Hundreds of graver strokes from Morgan’s own hand are visible. This personal touch only adds to the appeal of his first American medal.