The Joys of Collecting: Journal key to boosting numbers 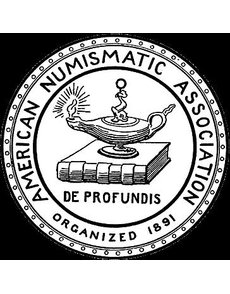 The time-honored American Numismatic Association logo from 1909, used for generations when there were more members than now, was replaced in the Internet age with several modern versions.

After I discovered the world’s greatest hobby in 1952 at the age of 13, I tried to join the American Numismatic Association, but quickly learned that the younger set was not welcome. So, I borrowed copies of The Numismatist each month until my father, Quentin H. Bowers (now you know what my Q stands for!), decided to join on my behalf.

In 1956 I signed up. Not long afterward, I became Life Member 336. Years later, I was elected to the ANA Board of Governors, and from 1983 to 1985, served as ANA president. It was up to me as president to appoint some people into open positions. I selected Rick Montgomery, in his 20s, to head ANACS and endorsed Barbara Gregory as editor of The Numismatist. Rick moved to Professional Coin Grading Service after it was formed, later to Numismatic Guaranty Corp. Barbara is still in her editor’s chair.

As The Numismatist is the ANA to more than half of its membership (most don’t use the library or go to conventions or Summer Seminars), today she is, in my opinion, the master key to most growth the ANA can achieve.

Much talk is given by some to spending large amounts of money to upgrade the ANA website. That may be good to do — but already NGC, PCGS, Heritage Auctions and Stack’s Bowers Galleries, and possibly some others as well, have spent millions upgrading their own websites. Today, so much information is available free of charge that I cannot envision many people finding enough new and exciting on the ANA website to prompt them to write out a check to join.

To me, the main (but hardly the only) answer is to further improve the already super-excellent journal. In a related way, I mention The Economist, my favorite magazine. When a copy of the latter arrives I spend about two hours that evening reading it. A subscription costs $109 with no discounts and no free subscriptions to friends.

Why don’t I use the Internet to get the same information instead?

First of all, I would need to spend several days tracking it down. Then I would have to tolerate pop-up ads and delays. Most important of all, I could not match the editorial content.

Similarly, A Guide Book of United States Coins is essential. I cannot imagine any numismatist being without one (disclosure: I am the research editor). Skeptical? Try this: What is the market value of a 1909-S Lincoln, V.D.B. cent in various grades? How many were minted? How does it compare in price and mintage to all other Lincoln cents from 1909 to date?

With the Guide Book you can find the answer in two minutes. On the Internet it would probably take an hour or more, with lots of blind alleys.

The Internet is wonderful for buying, selling and auctioning coins, looking up historical information, telling your friends that you had a new type of hamburger at McDonald’s, and checking on the weather. In my minority opinion, it is very expensive and is not the magic genie to increase membership. So there! See you next week.