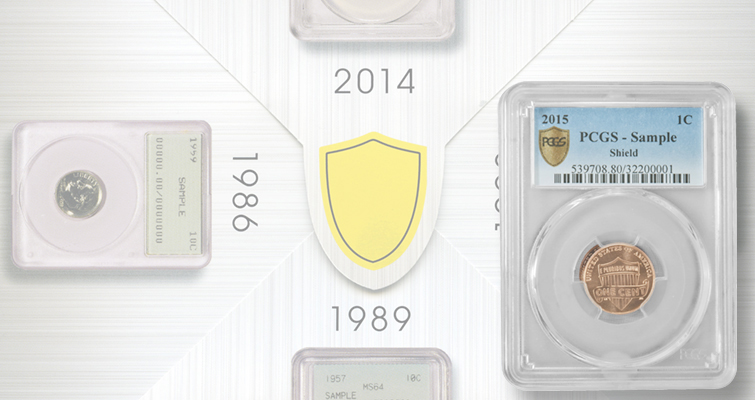 PCGS introduced its latest generation of plastic encapsulation, and the firm enclosed samples in special packaging marking the grading service's 30th anniversary in 2016. In total, 2,500 special sample slab packages were produced, with half available during the FUN convention Jan. 6 to 10. The other 1,250 samples are for the Long Beach Coin, Currency, Stamp & Sports Collectible Show, Feb. 4 to 6 in California. 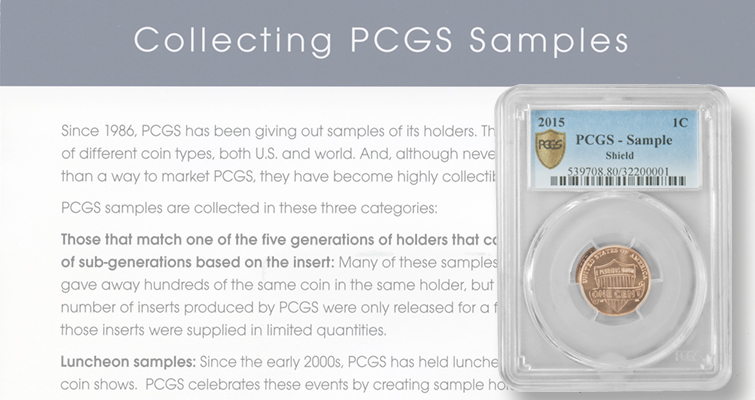 Collecting PCGS sample slabs has joined the many pursuits possible in the numismatic collectibles field. 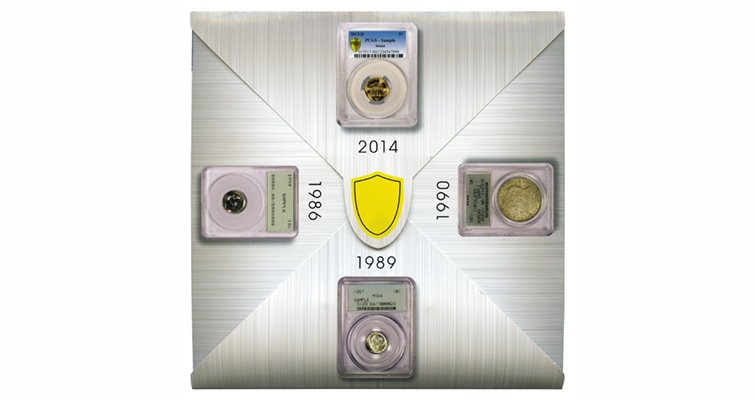 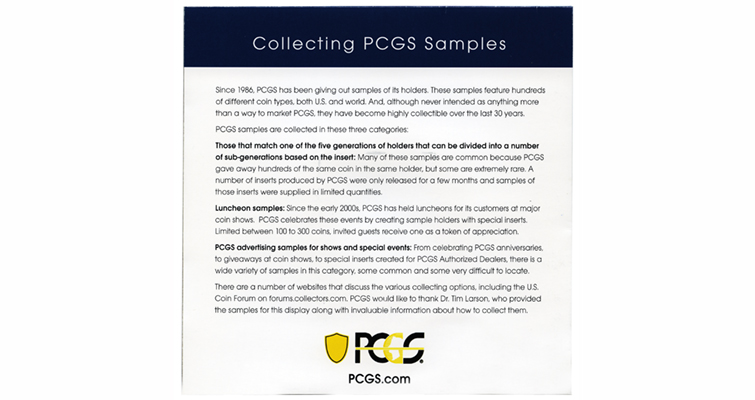 The back of the sample slab packaging provides tips on collecting the PCGS sample slabs. 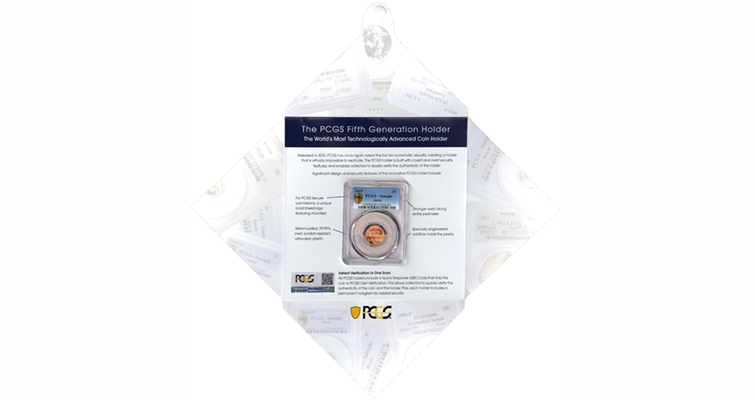 Opening the velcro-sealed packaging for the PCGS sample slab offered at the FUN show reveals the firm's newest slab within, containing a 2015 (P) Lincoln, Shield cent. 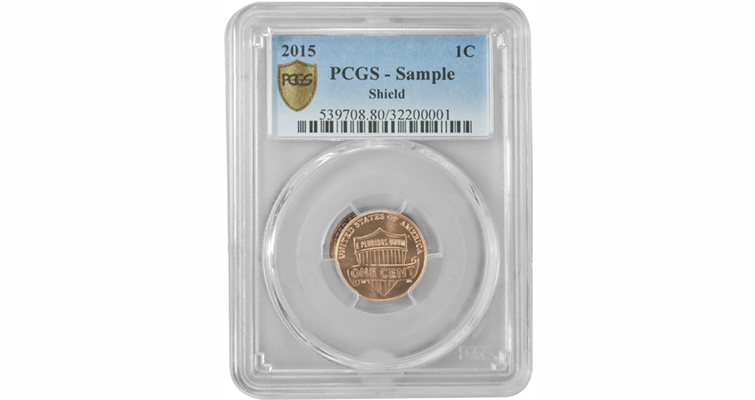 A 2015 (P) Lincoln, Shield cent is encapsulated within the latest PCGS sample slab. 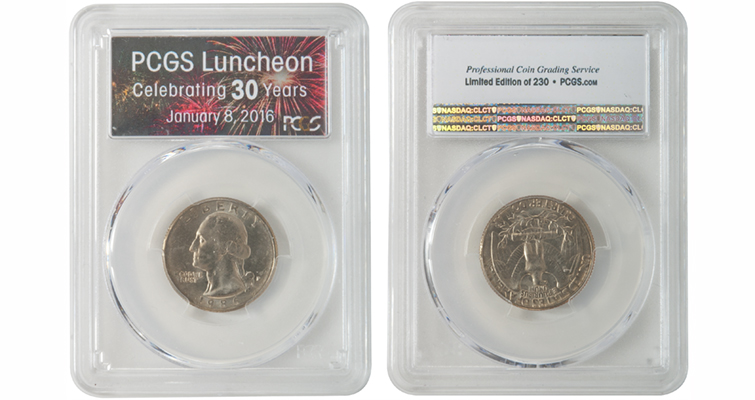 Attendees at the Jan. 8 PCGS Set Registry luncheon received a slabbed Jefferson 5-cent coin, Roosevelt dime, Washington quarter dollar or a Kennedy half dollar, struck in 1986, PCGS's inaugural year. In total, 230 of the encapsulations were available at the luncheon. 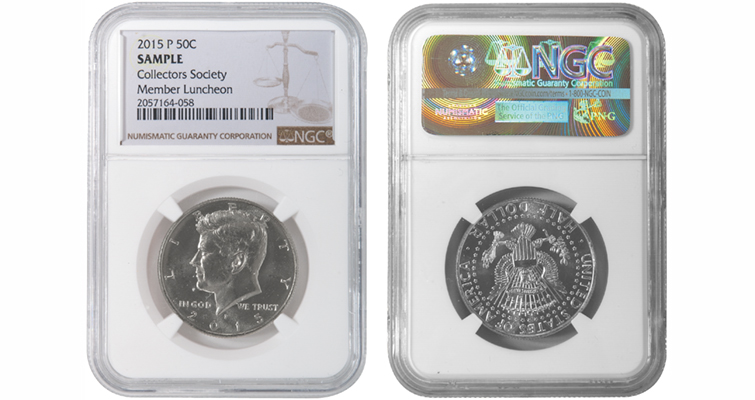 Collectors attending the NGC Collectors Society luncheon Jan. 9 were each given a sample slab containing a copper-nickel clad 2015-P Kennedy half dollar. 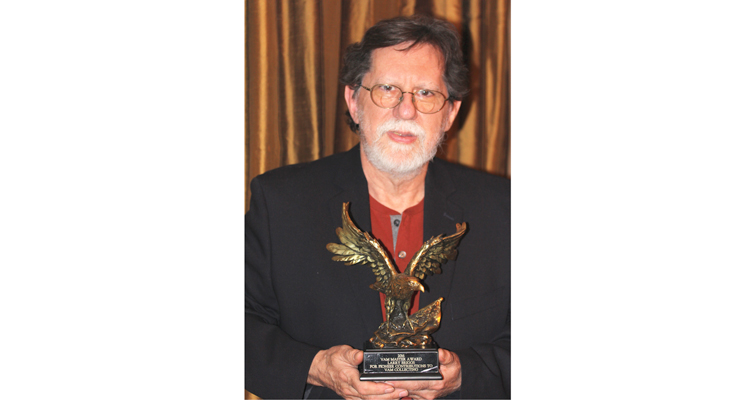 Ohio dealer was presented the VAM Master Award by the Society of Silver Dollar Collectors at the FUN convention in January.

Nearly 10,700 people attended the Florida United Numismatists Convention Jan. 7 to 10 in Tampa. The show's traditional location was in Orlando.

Heritage Auctions reported prices realized for the U.S. coins sessions at more than $34 million and for the paper money sessions, more than $7.6 million.

Topping the U.S. coin lots was an 1894-S Barber dime graded Proof 66 by Professional Coin Grading Service and stickered by Certified Acceptance Corp. that sold for $1,997,500, which includes the 17.5 percent buyer's fee.

In competitive exhibits, collector Dany Rothfeld was awarded Best in Show recognition for his exhibit "Portraits of the Twelve Caesars on Sestertii." The People Choice Award was awarded to Greg Gilbert for "U.S. Transitional Coinage 1793-1938."

FUN Exhibit Chairman Robert Y. Russell said 29 exhibitors presented 37 exhibits. The exhibitors represented eight states, the District of Columbia and Canada. Of the total 195 cases, 151 were associated with competitive exhibits and 44 were noncompetitive.

Remaining exhibit award winners and their exhibits are:

2nd place, James Zylstra, "Coins of the Cities of the Seven Churches of Asia."

2nd place, Richard Jozefiak, "The Start of a New Collectible: The Innovation of the First Elongated Souvenir Coins at the 1893 Columbian Expositon in Chicago."

Ohio dealer Larry Briggs was recognized by the Society of Silver Dollar Collectors with its VAM Master Award.

The VAM Master Award is a lifetime achievement award given to Morgan and Peace dollar variety specialists, and is considered to be the highest honor given by the SSDC.

Briggs' decades of involvement in and commitment to VAM collecting, research, and dealing, as well as attribution through Sovereign Entities Grading Service, now known simply as SEGS, made him an obvious choice to be this year’s recipient, according to the SSDC. 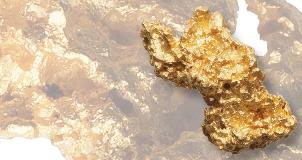 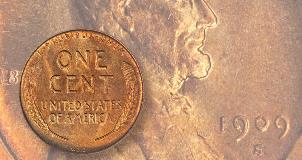