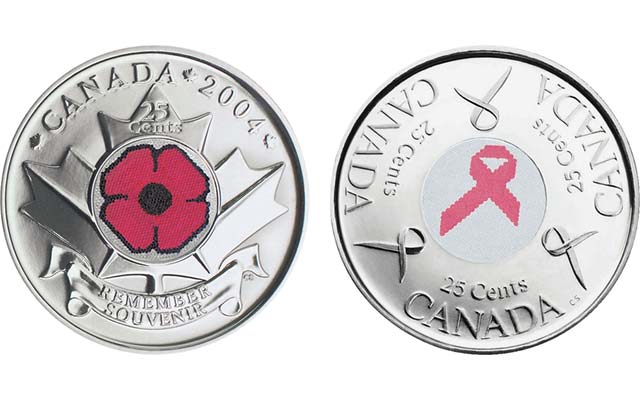 The Royal Canadian Mint was the first mint in the world to issue colorful circulating coins, with a 2004 red poppy 25-cent coin for Remembrance Day, left, and two years later with a colorful Breast Cancer Awareness coin. 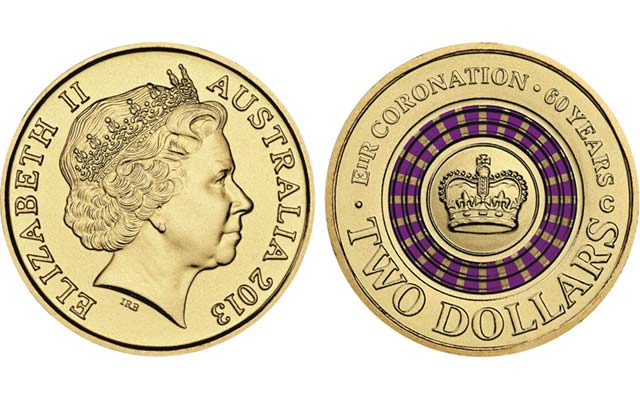 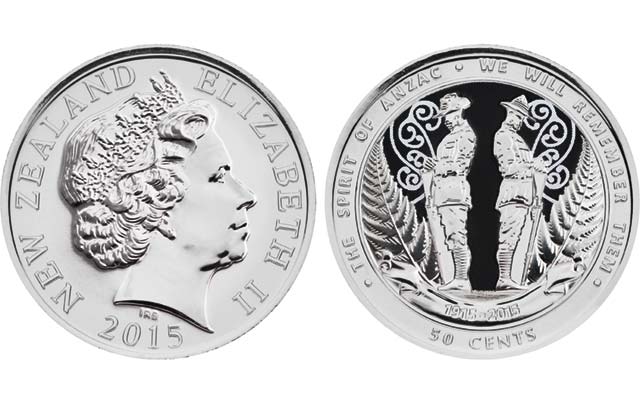 New Zealand joined the small group of issuers with a colorful coin in circulation earlier in 2015 with a 50-cent coin honoring the service of ANZAC forces in World War I. The color on the coin is black-and-white pad printing, making it less showy than other world color circulating coins.

These are red-letter days for collectors of colorful circulating coins.

The Royal Canadian Mint was the first mint to pair the palette with the purse, with a circulating 25-cent coin featuring a red poppy, the symbol of World War I.

That early issue drew attention for the wrong reason, though, as some residents claimed the color could be removed from the coin with vigorous rubbing.

The RCM perfected the color application process and continued using the quarter dollar as the means of conveyance for meaningful messages in more than monochrome, launching a Breast Cancer awareness coin in 2006 with a pink ribbon against a white background.

Additional poppy coins soon found their way into circulation, and the RCM soon made history with colorful circulating coins for the 2010 Vancouver Olympics.

Though originally limited to red and pink, the RCM and RAM extended the colorful circulating coin canvas to include blue, green, yellow and purple.

When issuing coins with color into circulation, world mints have been careful to only use color on the reverse, and for themes that the issuing nation finds meaningful.

All of Canada’s colorful coins have been denominated 25 cents, but Australia has used the smaller $2 coin (with a face value that is much higher than Canada) to celebrate colorful causes.

Australia’s efforts at brightening up the pocket change Down Under has featured coins with smaller mintages but of larger denominations than the colorful counterparts issued by the RCM.

Thus far, only two countries outside of Canada and Australia have issued a colorful circulating coin.

The first was Papua New Guinea, with a 50-toea coin in 2008 celebrating the national bank’s anniversary. The other is New Zealand, whose 2015 50-cent coin celebrates the service of ANZAC forces during World War I. A black background and white lines fill an area behind two soldiers, the first time a circulating coin has featured black-and-white "color."

Not coincidentally, both of these coins were struck by the RCM, and so far, only Australia and Canada are the only two mints to develop color technology for pocket change.

With so few colorful circulating coins to be found, and mint’s desire to gain attention for new coin issues (especially when collector versions are sold for hefty profits), the future for colorful coins entering circulation looks, well, golden.

Keep reading about color on coins:

Here are some other colorful coins celebrating World War I: