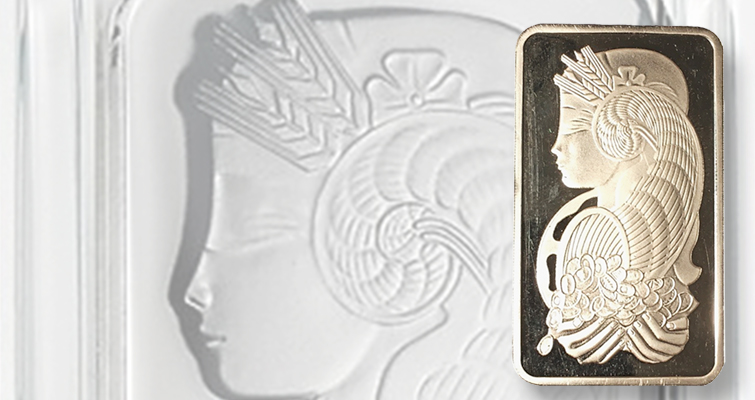 Counterfeit 1-ounce .999 fine platinum PAMP Suisse bars have begun to be reported in the marketplace, in packaging that is also fake. A genuine bar appears in the background. 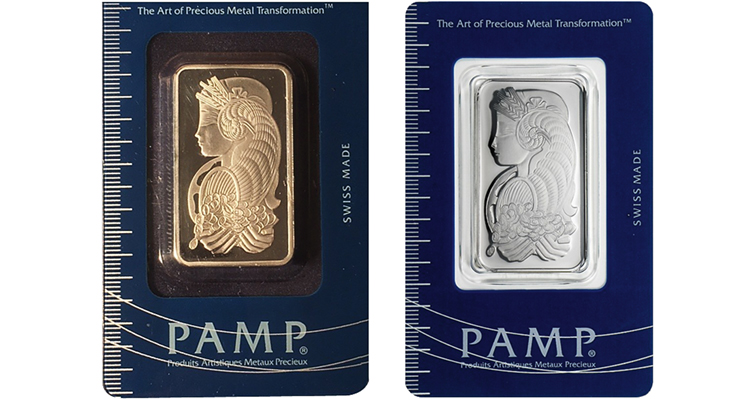 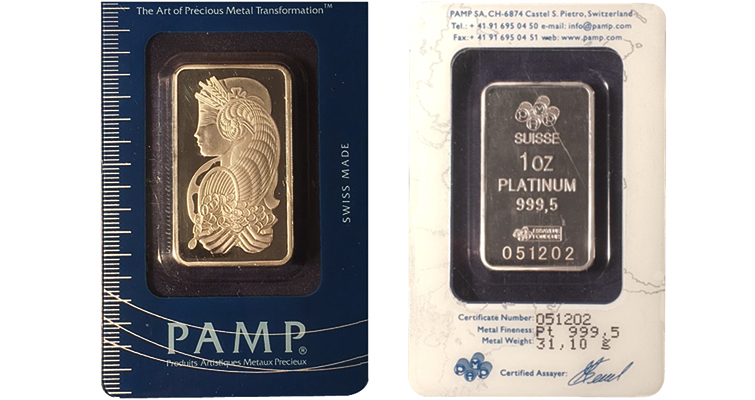 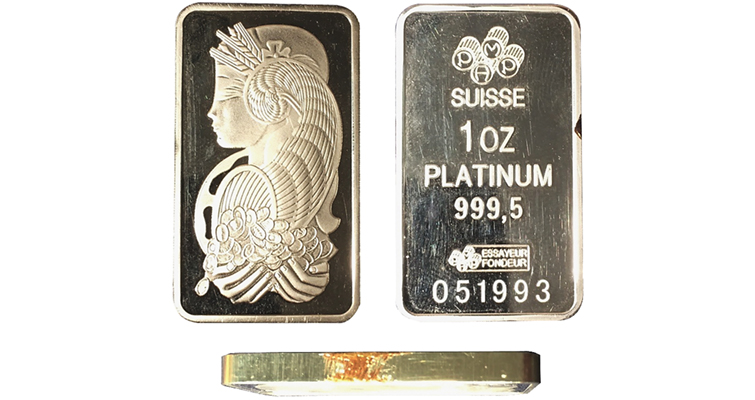 The first report of a counterfeit 1-ounce platinum PAMP Suisse bar in fake packaging comes from a bullion dealer in southwest Ohio.

Donald Herres from Dollartowne in Bellbrook said that on Sept. 21, another dealer, who had bought the bars from a walk-in customer, presented Herres with three of them for purchase. (The other dealer wishes to remain anonymous).

Herres said he first examined the bars using in-house electronic analysis, which determined all three were not composed of the .9995 fine platinum of a genuine PAMP Suisse product. The counterfeits also are thicker than known genuine PAMP platinum bars, he said.

To further test for authenticity, Herres received permission from the unnamed dealer to whom the bars were originally sold to remove one of the purported platinum bars from its packaging for invasive testing.

Herres cut a notch into one of the vertical edges of the bar, exposing a core of copper or copper alloy.

It is not known what metal was used to plate the counterfeit bars.

With the spot price of platinum in the $1,100-per-troy-ounce range when he purchased the bogus bars, the unnamed dealer is currently out about $3,000.

Herres said the unnamed dealer is pursuing legal remedies to recoup his loss.

PAMP currently employs VERISCAN technology in its production and packaging as anti-counterfeiting deterrents.

“That doesn’t do much good for the thousands and thousands of bars sold prior to the technology,” Herres said. “The packaging did look authentic, but I was more focused on the bars.

“I did contact PAMP and they told me this is the first they heard of platinum being counterfeited.”

To address concerns of possible counterfeiting of PAMP products, PAMP earlier in Spring 2015 introduced completely new packaging containing products protected with patented VERISCAN technology exclusive to PAMP, which allows authentication of PAMP products without need to remove them from the packaging. The VERISCAN service intially introduced the use of a detecting scanner. In Spring 2016, the VERISCAN iPhone app was introduced.

Images can be found here for the front and back of current VERISCAN packaging.

“Authentication is highly reliable, and as uncomplicated as scanning a document.” The VERISCAN technology is in the bar, not the packaging.

While the PAMP VERISCAN and Royal Canadian Mint’s DNA scanner are useful in precious metal verification of the respective products, verification is still time-consuming, especially if one has a large number of pieces to analyze, Herres said. 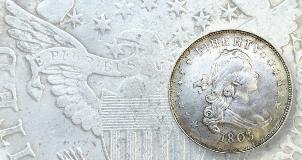