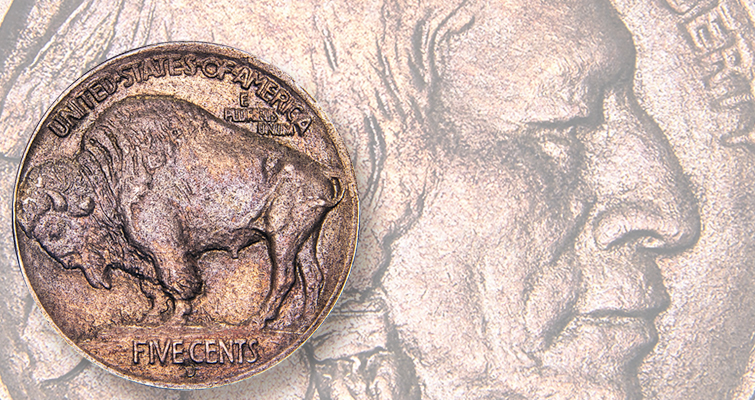 No doubled die reverse varieties for the 1913-D Indian Head, Bison on Mound 5-cent coin had been confirmed by specialists until now. 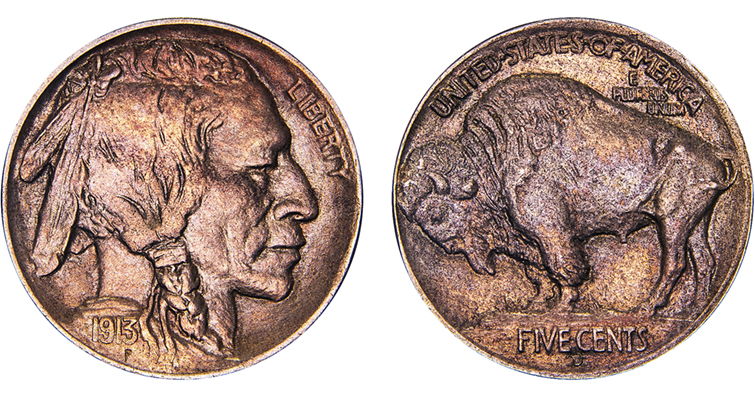 Images by and courtesy of Justin Lee. 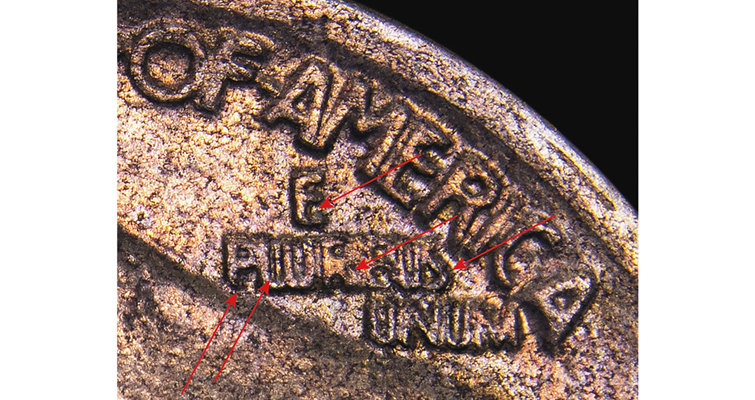 Arrows point to the most prominent areas of doubling on the motto E PLURIBUS UNUM.

Image by and courtesy of Justin Lee. 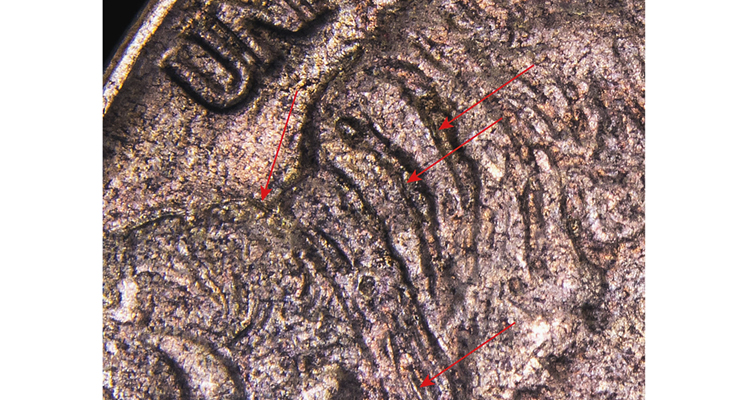 A new doubled die reverse has been attributed for the 1913-D Indian Head, Bison on Mound 5-cent coin, the first such doubled die variety identified for the subtype.

The attribution was made in early March by Dr. James Wiles, an attributer for the Combined Organizations of Numismatic Error Collectors of America.

Wiles considers Lee’s coin to be a combination of Class IV and Class VIII doubling.

“The shift is to the West and the tilt is to the North, which limits the doubling to the top of the coin,” Wiles said.

The doubling is most noticeable on the letters of E PLURIBUS UNUM.

The variety was discovered by collector Justin Lee. Lee planned to submit the coin to Numismatic Guaranty Corp. for grading and encapsulation as well as to variety expert and author John Wexler, for inclusion in his Wexler Doubled Die Files. Wexler is author of the monthly Coin World column, “Varieties Notebook,” that appears in the third issue of the publication every month.

Offset Hub Doubling, according to Wexler on www.doubleddie.com, occurs when the center of a hub and die are not in alignment when the die, having received a first impression and then annealed, receives the second or subsequent hubbings.

The Tilted Hub Doubling occurs when a working hub is tilted when locked in position for the first hubbing impression, then corrected for normal orientation for second or subsequent hubbings, according to Wexler.

Identification of Lee’s coin as the first example of a 1913-D Indian Head, Bison on Mound, Doubled Die Reverse 5-cent coin came more than eight months after he originally acquired the coin at a local coin show. Lee said the coin when he purchased it was not certified by a third-party service.

Lee said he had also examined a Philadelphia Mint 1913 Indian Head, Bison on Mound 5-cent coin and opted for the Denver Mint coin because of the doubling he noticed on E PLURIBUS UNUM.

Lee said his research was unable to uncover any reported double die reverse varieties for the 1913-D Indian Head, Bison on Mound 5-cent coin. He said the reverse looks similar in appearance to the “1913 Type 1 Philadelphia DDR-002” listed as FS-1802 in Cherrypickers’ Guide to Rare Die Varieties by Bill Fivaz and J.T. Stanton.

Lee said he submitted the coin to Wiles in late February 2016 and received the attribution as a doubled die two weeks later.

“As far as the value of my recent discovery, I have no idea,” Lee said via email. “The newly listed 1913 DDR FS-1802 in the recent Cherrypickers Guide (which happens to be mislabeled as a Type 2 when it is actually a Type 1), is the essential twin to this discovery coin, is listed in MS-63 and MS-65 at $200 and $600 respectively. I have not been able to locate any auction records for that particular variety. I would base the values on that coin due to the extreme similarity of the doubling. 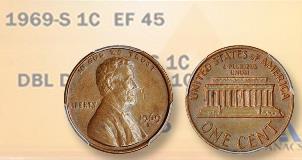 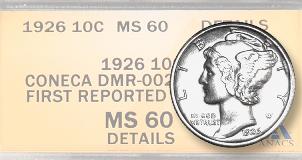