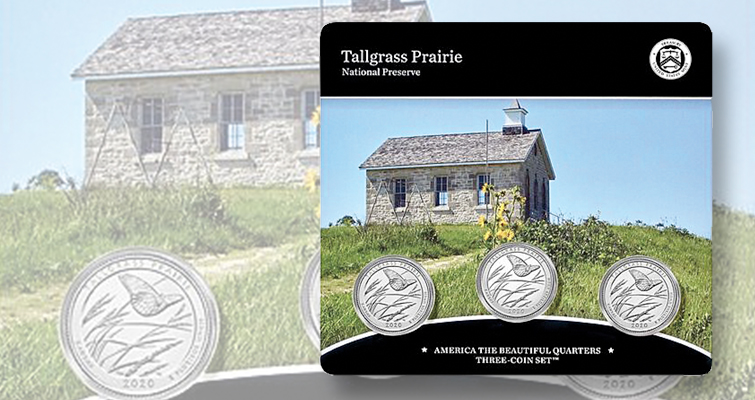 The last three-coin set of 2020 under the America the Beautiful quarter dollars program, the Tallgrass Prairie coins from three Mints, is now being offered by the U.S. Mint. 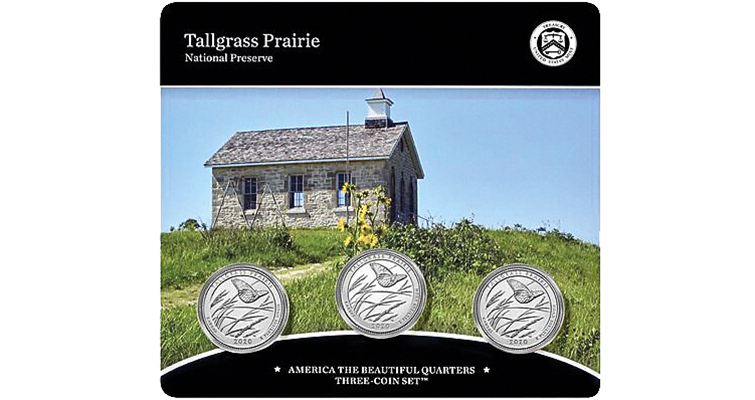 With the end of 2020 approaching, the United States Mint is offering the last three-coin set of the year in the America the Beautiful quarter dollars program.

The reverses of these coins depict a skyward view of a Regal Fritillary butterfly against a backdrop of Big Bluestem and Indian grasses, iconic to Tallgrass Prairie National Preserve. Inscriptions are TALLGRASS PRAIRIE, KANSAS, 2020, and E PLURIBUS UNUM. The design was created by Mint Artistic Infusion Program artist Emily Damstra and sculpted by Mint medallic artist Renata Gordon.

The coins’ obverses depict the 1932 portrait of George Washington by John Flanagan. Inscriptions are UNITED STATES OF AMERICA, LIBERTY, IN GOD WE TRUST, and QUARTER DOLLAR.

A durable plastic card with an image of Tallgrass Prairie National Preserve holds the coins. The certificate of authenticity is printed on the back of the card.

The set is the second to last such product for the overall America the Beautiful quarter dollars program. A final coin is set for release in the first quarter of 2021, celebrating the Tuskegee Airmen National Historic Site in Alabama.

After that coin’s release, a standard design may be issued depicting George Washington leading Revolutionary Army troops across the Delaware River on the night of Dec. 24, 1776, to attack British forces in what became the Battle of Trenton. 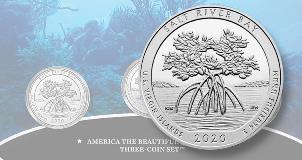 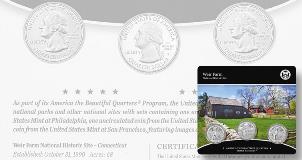 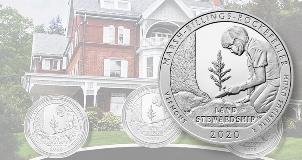