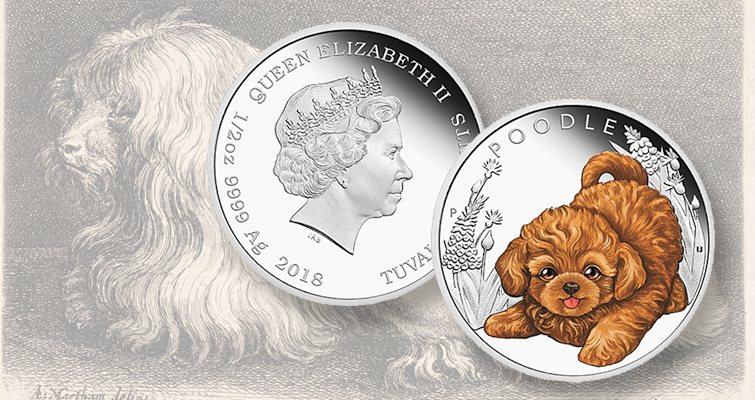 The poodle is featured on the final coin in the Perth Mint’s Puppies series of Proof .9999 fine silver 50-cent coins.

Puppies are cute and endearing, and popular with people, whether they are animal lovers or not.

The fifth and final coin in the Perth Mint’s series that celebrates five different baby versions of man’s best friends is now available, and it celebrates a poodle.

Poodles are extremely affable family pets with many talents and a long history of serving their masters, having originally been bred for retrieving waterfowl for hunters.

The poodle’s intelligence, hypoallergenic fur and affectionate nature makes it a sought-after companion and therapy dog for people of all ages. With curly woolly coats that give puppies in particular a cuddly lamb-like appearance, they can be marvellously energetic playmates for young children.

The coin’s reverse features a brown miniature poodle puppy in the pounce position, ready for play, amid field flowers. The inscription POODLE and the Perth Mint’s P Mint mark also appear in the design.

The coin’s obverse depicts the Ian Rank-Broadley effigy of Queen Elizabeth II, the 2018 year-date, the weight and fineness, and the monetary denomination.

The coin is housed in a classic gray display case within a superbly illustrated shipper, and is accompanied by a numbered certificate of authenticity.

Earlier releases in the series showcase a puppy version of the beagle, border collie, golden retriever and English bulldog.

The coins contain a half-ounce of silver, measure 32.6 millimeters in diameter and have a mintage limit of 5,000 pieces.

Distributor Talisman Coins offers the new coin (and earlier issues) for $42.95 each. 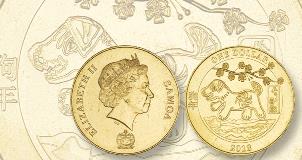 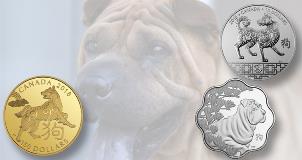 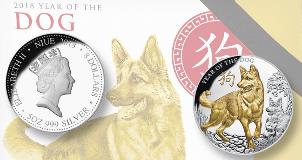