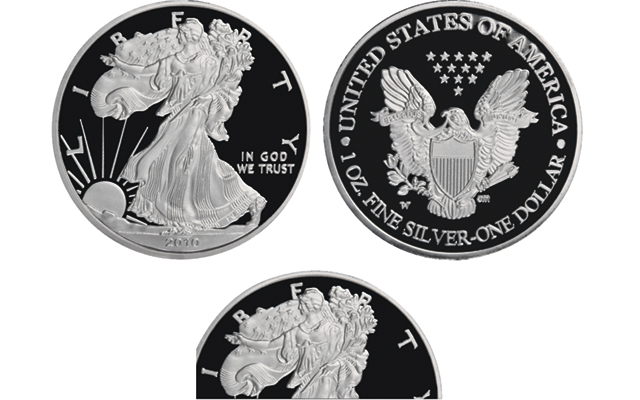 This example was among several fake Proof 2010-W American Eagle silver dollar recently submitted to ANACS for certification. Compared to a genuine coin, details are different, including in Liberty’s face and the flag on the obverse but especially in the lettering on the reverse. 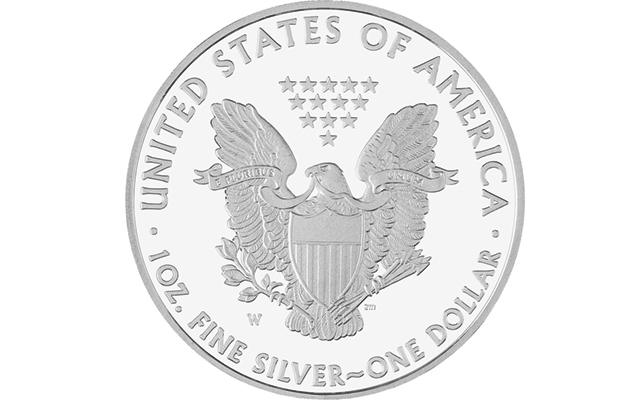 Compare the lettering on the reverse of this genuine Proof 2010-W American Eagle silver dollar to that on the counterfeit. Differences should be observable.

Fake U.S. silver American Eagles are becoming more and more common lately, with many of the counterfeits originating in China.

ANACS recently received a small group of fake Proof 2010-W American Eagle silver dollars for authentication and grading that I thought I would share with readers.

As you might imagine, our first thought was, “Why would someone go to the trouble to counterfeit such a common, reasonably low-value coin?”

A quick bit of online research provided the answer. Proof silver American Eagles sell fairly easily around $40 to $50 per coin, with some dates selling for a bit more. An online seller from China was offering the illustrated fake for $2.50 per coin (20 pieces for $50, including free shipping).

While an unscrupulous individual will not get rich buying at $2.50 and selling at $40 (and might end up with free room and board if caught), there is certainly a profit motive.

Once you take a good look at one of these fakes, they are not that difficult to detect. However, how many collectors and silver investors actually take more than a cursory look?

These fakes are made of copper, with a light silver plating to give them the proper look. Under magnification, ANACS graders noticed a few tiny areas on the edge where the plating was incomplete, allowing copper to show through.

Unfortunately, if the fake is inside a plastic capsule, as Proof coins are normally packaged, you will not be able to inspect the edge.

The weight and diameter of these fakes was within tolerance for a genuine coin, which is an “improvement” over previous fakes that were often significantly underweight. The counterfeiters accomplished this by increasing the thickness of their product. Measuring or comparing the thickness of a potential fake cannot be done if the coin is in typical Proof packaging.

However, a few quick methods exist to identify one of these fakes. The pieces we saw were all aligned with a “medal turn” where genuine examples have a “coin turn.” The details are not an exact match, with noticeable differences in Liberty’s face, gown, and the flag behind her, and especially the lettering on the reverse.

The fakes are much easier to detect once you compare one to a genuine coin, but first you have to know that there is a reason to take a closer look.